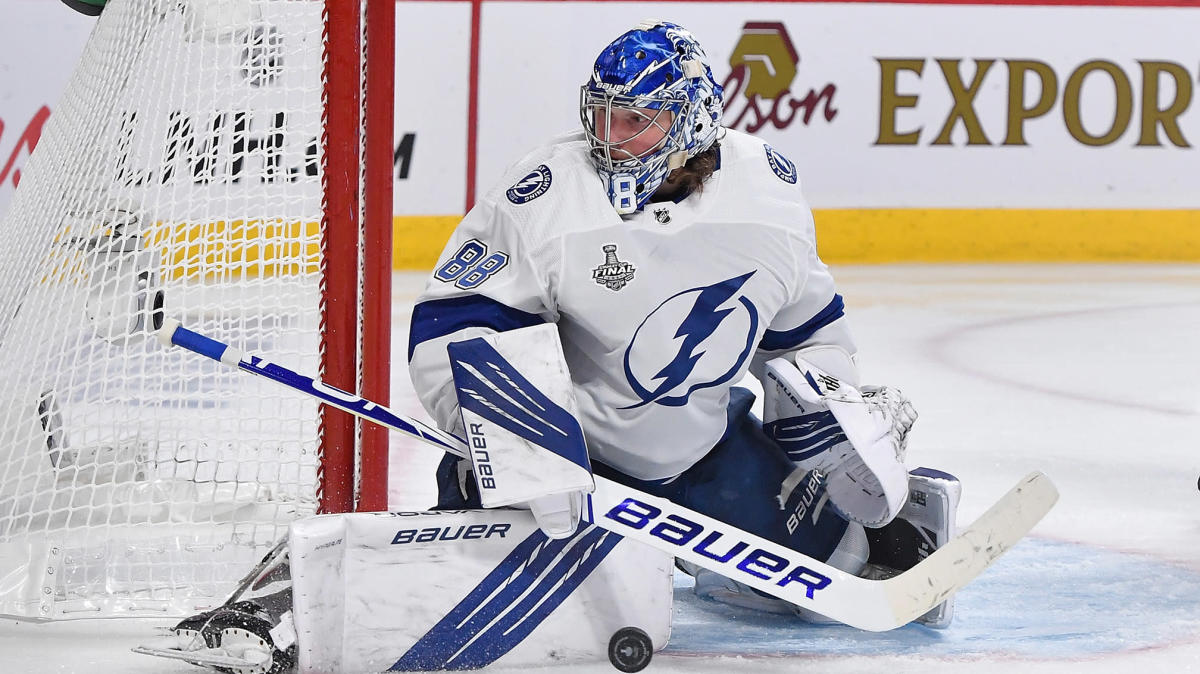 This weekend’s bonanza of Game 7’s across the NHL and NBA opened with Carolina’s 3-2 win over the Bruins. Watching it, I was reminded that for every Game 7 which has resulted in an historic upset or drama-filled ending, there are dozens which just fizzle. The better team, the hosting team, has an immediately built-in advantage. That’s what I felt while the Hurricanes played. Just a better team, even without netminder Frederik Andersen (still absent due to a lower-body injury). Sometimes, the game just doesn’t live up to the hype you have constructed in your own mind.

Thankfully, Lightning/Maple Leafs and Oilers/Kings more than made up for the slow start to the weekend, churning out a pair of tightly-contested, goalie-dominated nail biters. While we need to wait out Sunday’s Game 7 showdowns between Dallas and Calgary and New York and Pittsburgh, one matchup is already flashing on our radar in neon strobe. The Lightning’s Eastern Semifinals date with the Panthers is going to be instant Must-Watch television.

Jeremy Swayman was fine, but “fine” can only carry you so far in a Game 7 situation and after Carolina went up 2-0 on Max Domi’s first goal of the game – that coming three-plus minutes into the second period – the Hurricanes essentially had control of the contest, even if they would only score once more in the game (Domi again, later in the second period). Swayman finished out stopping 28-of-31 attempts. Still just 23 years old, Swayman showed plenty this postseason, with three of his five appearances yielding two goals a-piece. Expectations are going to be even higher for Swayman come the fall.

Antti Raanta did a fantastic job for 59 minutes. The final minute of regulation might have cost the Carolina faithful a few years on the old ticker, though, as David Pastrnak scored a goal with 22 seconds remaining to set Boston up with one last chance down by one goal. They won the subsequent faceoff and then the gates of chaos opened, as Boston made a final, futile mad dash to tie things up. No dice. That the Hurricanes got through a seven-game series without Frederik Andersen (lower body) in-crease is a credit to both Raanta and this Carolina team as a whole. We could see Andersen in Round 2, when the Hurricanes take on the winner of Sunday’s Game 7 matchup between the Penguins and Rangers.

Max Domi was basically the whole of Carolina’s offense on Saturday, scoring a pair of second-period goals against Swayman to put the Hurricanes up 3-1 entering the third period. Domi also assisted on Teuvo Teravainen’s first-period goal. Can’t do it much better than that. Domi had never scored a postseason goal prior to Saturday’s clutch performance.

David Pastrnak gave Boston a last gasp of hope with his goal against Raanta in the closing seconds of regulation, which cut the Hurricanes down to a one-goal lead. He finished with three goals scored and six points tallied for the whole of the seven-game series. Jake DeBrusk scored Boston’s other goal in the contest.

Jack Campbell stopped 23-of-25 attempts in what was a gutsy performance after he had been batted around for much of the series. While it was Max Domi doing the multi-goal damage in Carolina’s Game 7 effort chronicled above, Campbell’s nemesis in this one came in the form of Nick Paul, who beat him for first- and second-period goals. The latter of which gave Tampa Bay its winning 2-1 margin. Campbell, 30, had issues playing a consistent crease during the regular season, too, looking like a hero in the first half of the campaign and a zero for much of the second half of the campaign.

Andrei Vasilevskiy rose to the occasion, too, allowing just one goal on 31 attempts. After allowing at least three goals in every game this series coming into the weekend, Vasilevskiy jumped back to life with a vintage performance. Buckle up for Florida-Tampa Bay in the semifinals, because that one could be a roller coaster.

Paul had not made much of a mark against the Maple Leafs prior to Saturday, having just a couple of assists to his postseason name. He turned that around and then some in Game 7, putting in the only goals of the game for Tampa Bay. The Lightning are either going to need a team offensive effort against Florida in the Eastern Semis, or they’re going to need Vasilevskiy to be borderline perfect – because that Panthers offense is something else.

Auston Matthews assisted on Morgan Rielly’s second-period goal but was otherwise quiet in this deciding game. For all of his wattage, Matthews’ star has yet to reach the second round of the playoffs. He certainly did everything in his power, scoring at least one point in every game of the series. Back to the drawing board for the Maple Leafs, who have yet to come up with a playoff-winning formula during Matthews’ time in the NHL.

Morgan Rielly scored the lone Maple Leafs goal in the contest, tying matters up at 1-1 a couple of minutes past the midway point of the second period. This game could have turned in any direction on that pivot, but it was Vasilevskiy who took control of the wheel to guide Tampa Bay home from that point onward.

If the first Game 7 of the day, between Carolina and Boston, fell a touch flat on drama, the Lightning, Maple Leafs, Oilers and Kings treated us to some fantastic hockey on the evening. Jonathan Quick only allowed two goals on 41 attempts against Edmonton – a second-period goal by Cody Ceci and a third-period goal by Connor McDavid – but in this case, Quick had no margin for error, at all, with Mike Smith dealing a shutout in the opposite crease. While Quick did shut out Edmonton in Game 4, he allowed at least three goals in five of his other six showings this postseason.

Mike Smith stopped all 29 attempts which came his way on Saturday. While Edmonton did not trade for a netminder at the deadline – which many, including this author, thought was essentially a must-have – the veteran Smith has stepped up to give some much-needed help in the crease, playing to a 1.66 GAA and .951 save percentage across nine April starts while ringing up four starts of two or fewer goals allowed – including a pair of shutouts – during this opening series against the Kings.

Connor McDavid scored a goal to put the Oilers up 2-0 with under four minutes remaining in the game. With the Kings doing absolutely nothing on offense, it might as well have been 10-0. McDavid wraps this seven-game series having scored four goals and 13 points. Edmonton will face the winner of Sunday’s Game 7 between Calgary and Dallas. If the Stars can somehow knock out the Flames, life suddenly gets much, much more interesting for McDavid and friends, as Dallas is a couple of steps down from Calgary in terms of overall talent.