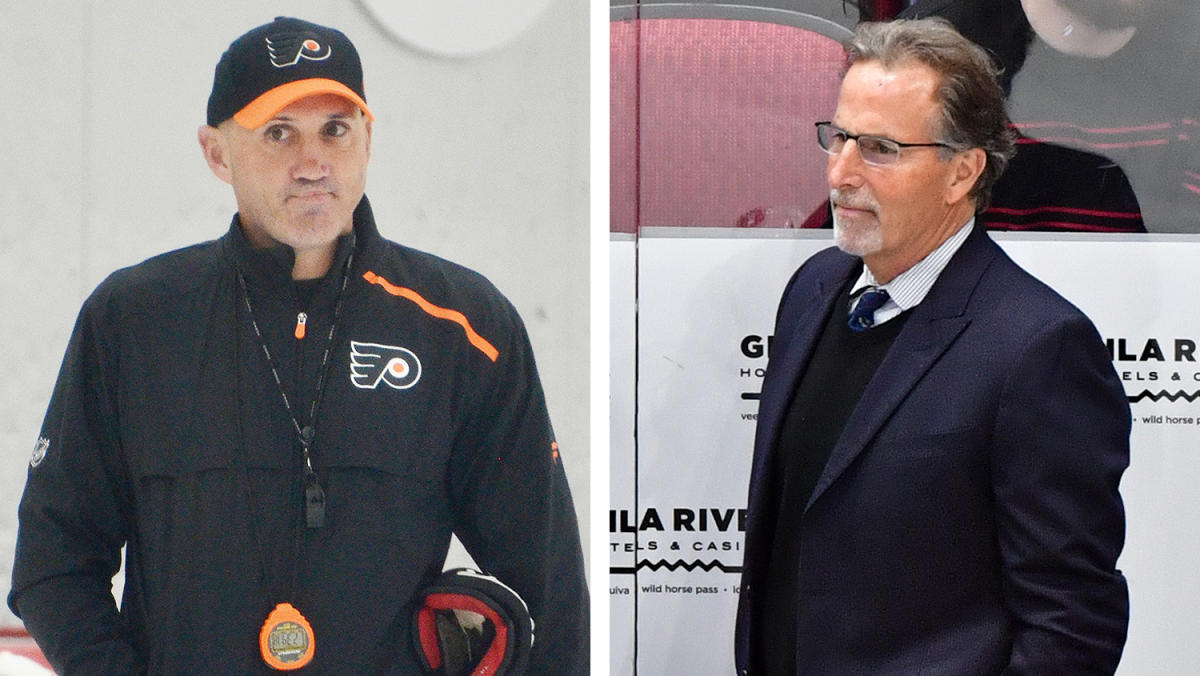 VOORHEES, N.J. — Part of an AHL head coach’s job is to align philosophies with his team’s NHL affiliate.

Ian Laperriere had a good relationship with Alain Vigneault. Both are French Canadian and Laperriere had served on Vigneault’s Flyers staff. Having similarities in their systems was a key initiative for the Flyers when they named Laperriere head coach of AHL affiliate Lehigh Valley during June 2021.

But Laperriere now has a new “boss.” The John Tortorella era is set to begin in Philadelphia with the veteran 64-year-old head coach taking over the Flyers.

Does that signal adjustments for Laperriere? He doesn’t foresee many. In fact, Tortorella wants Laperriere to coach his own way.

“Great relationship,” the Phantoms’ head coach said Thursday at the start of rookie training camp. “Great first meeting, saw him a couple of times, but in our first meeting, he’s like, ‘You play your system you want to play, you do your thing, you’ve got to win down there. I’m going to take care of my team.’ That’s a different philosophy, but he’s the boss, so I’m going to do what he’s telling me to do.”

Tortorella emphasizes pressure and aggressive play away from the puck — playing the right way to be sound defensively and structured offensively.

The Flyers were eager for his direction after surrendering 3.56 goals per game — tied for most in the NHL — over the last two seasons combined.

“We’re pretty much playing the same system and we believe in a lot of the same things — hard work, blocking shots, doing the little things right. And he made a career doing that as a coach,” Laperriere said. “We won’t work together, but we will kind of, he’s probably going to be one of my good mentors, even if I’m not here every day just to see how he adjusts.

“With the call-ups, I’ll pick the kid’s brain when they come back to me to see what Torts is doing. I’m sure I’ll be talking to Torts not too often but once in a while, so I’m very excited to work with him.”

Laperriere, 48, was a player who prided himself on work ethic and integrity.

But Laperriere wants his players to play to their strengths. Not every player has to fit the grit-and-grind mold. The Flyers need talent as much as they need toughness.

“The first time I met with them, I’m like, ‘If you’re a physical player, be a physical player. If you’re a skilled player, show us your skills. Don’t try to reinvent yourself right now. Play the way that took you here,'” Laperriere said of his message for the two rookie games. “Sometimes you have kids that are not physical and they try to run around because they know the coach used to be that kind of player. I don’t want to see that. I want them to show me and show the organization what brought them here, why they got drafted and why they’re in camp.”

Despite there being a new voice behind the big club’s bench, Laperriere’s goal remains the same with his players in his second season leading the Phantoms.

“I make sure those guys make the right decision at the right time,” he said. “That’s my job, to start it at the American League level and hopefully when they come and play for Torts, they’re going to be ready to play the right way.

“I believe in that, too. Trust me, I’m not John Tortorella, he’s been coaching for, what, 20 years? He’s won and everything. But that’s what I believe in. You can talk about systems all day, but it’s the little things in the game that make a big difference between winning and losing.”