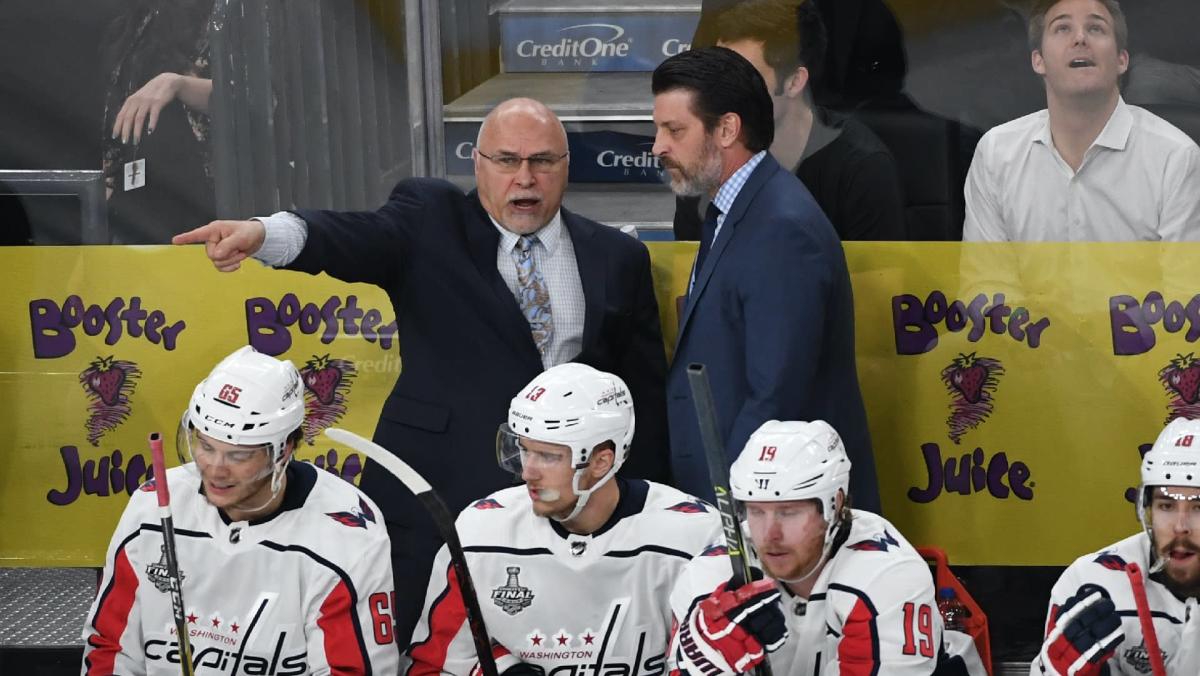 The coaching connection between the Washington Capitals and New York Islanders has entered another chapter.

On Monday, Washington’s Metropolitan division rival announced Lane Lambert as their new head coach, replacing Barry Trotz who was fired exactly one week earlier. Lambert had served as an assistant coach under Trotz for the past 11 seasons, including from 2014-18 in Washington during the Caps’ Stanley Cup run.

“I had the opportunity to work with Lane over the past four years, which includes spending time with him on a one-on-one basis when he served as the interim Head Coach this past season,” Islanders President and GM Lou Lamoriello said via a press release. “In my opinion, he is the right person to coach this team.”

One reason Lambert was a strong candidate to replace Trotz, aside from the fact he’s been behind an NHL bench for over a decade, was that he had to step in as head coach for the Islanders this past season for three games. It’s an extremely small sample size, but Lambert led New York to a 2-1-0 record during that stretch.

According to Tom Gulitti of NHL.com, Trotz had told Lambert last week that he was hoping Lambert would become his successor and was reportedly ‘thrilled’ today when he got the job.

All is not lost for Trotz, though, not by a long shot. The hockey world knows of his coaching pedigree and with the Vegas Golden Knights firing their head coach Peter DeBoer on Monday, Trotz could potentially be one replacement candidate for that job.

Trotz had one year left on his contract with the Islanders but was relieved of his duties after failing to make the postseason this season. His reputation in New York was sterling prior to his firing, though, as he turned the worst defensive team in the NHL into back-to-back conference finalists.

This isn’t the first time a team has parted ways with Trotz only to hand the reigns over to one of his assistants. After winning the Cup in D.C. in 2018, the Capitals failed to reach a contract agreement with the skipper and named his assistant Todd Reirden as head coach. Reirden led the Caps to a .642 winning percentage over two years but failed to make it past the first round both times. He was then fired and replaced with Peter Laviolette, who enters the final year of his three-year deal in Washington.

Lambert is entering a pretty appetizing situation on Long Island. Though the Isles failed to make the playoffs this year, a wealth of factors like starting out the season on a 13-game road trip, injuries and COVID played a big part. New York is a deep and talented team, led by high-scoring forwards in Matt Barzal and Brock Nelson. Ilya Sorokin is more than capable in net as well, allowing just 2.40 goals per game with a .925 SV% this past year.