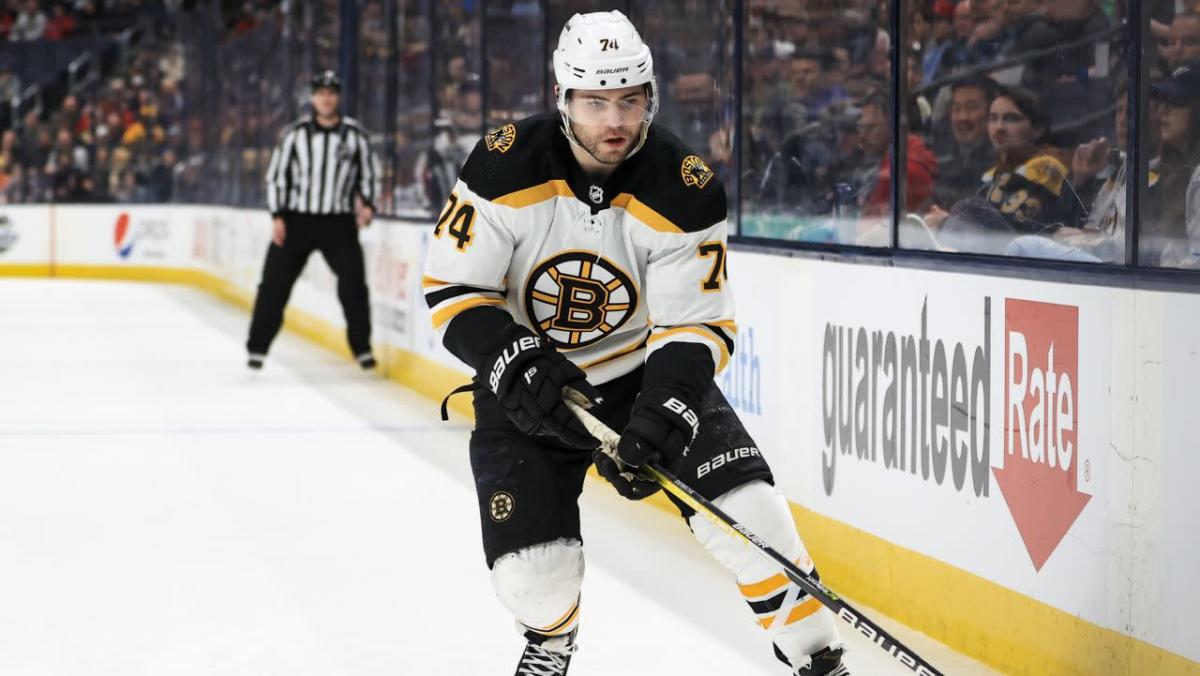 DeBrusk is on fire for Bruins, but will his goal scoring be consistent? originally appeared on NBC Sports Boston

Jake DeBrusk is in the middle of a hot streak, one that helped power the Boston Bruins to another win Monday night against the Columbus Blue Jackets.

The first-line right winger scored twice, including the winning goal in overtime to extend Boston’s win streak to three games and move the Original Six franchise ahead of the Tampa Bay Lightning for third place in the Atlantic Division standings.

“It’s nice to bury some opportunities,” DeBrusk told reporters after Monday’s game. “Got kind of lucky in this stretch. You need some lucky bounces to go your way. But anytime you can help contribute and help the team win, especially around this time of year — it’s the playoff push — it’s always really nice. It’s something that gives you confidence.”

DeBrusk has a five-game goal streak — his first since February of 2019. He has scored a total of six goals over that span and the Bruins own a 4-1-0 record.

His two goals Monday night put him over the 20-goal mark for the season. DeBrusk now has 21 goals in 64 games played. With 13 games left in the regular season, DeBrusk probably isn’t going to match his career high of 27 goals, but he could definitely get close to 25.

How Erik Haula is easing Bruins’ concerns over No. 2 center spot

DeBrusk reaching the 20-goal mark was an unrealistic scenario not too long ago, and he deserves a lot of credit for improving his scoring production.

But we’ve seen this movie with DeBrusk many times, and the ending is almost always the same. He has a nice run where he scores a bunch of goals, gets some much-needed puck luck, but then he goes into another long period where he doesn’t score much, if at all.

Just look at this season.

Consistency is massively important, though. The Bruins don’t need DeBrusk to score every game, but he also can’t be finding the back of the net once or not at all over eight- and nine-game stretches.

It looked like DeBrusk was finally building some consistency in late February and early March. He scored eight times from Feb. 19 through March 5. But he didn’t score again until March 26 — another eight-game drought.

DeBrusk can be a really effective player when he’s scoring goals, throwing his weight around like a power forward, and driving hard to the net to fight for loose pucks around the crease. He’s definitely been more engaged in the action since being promoted to the first line alongside Brad Marchand and Patrice Bergeron.

Consistency is massively important, though. The Bruins don’t need DeBrusk to score every game, but he also can’t be finding the back of the net once or not at all over eight- and nine-game stretches.

The Bruins will need DeBrusk to be consistent in the playoffs if they’re going to return to the Cup Final. He doesn’t have any excuses if he continues to play with two elite linemates in Marchand and Bergeron.