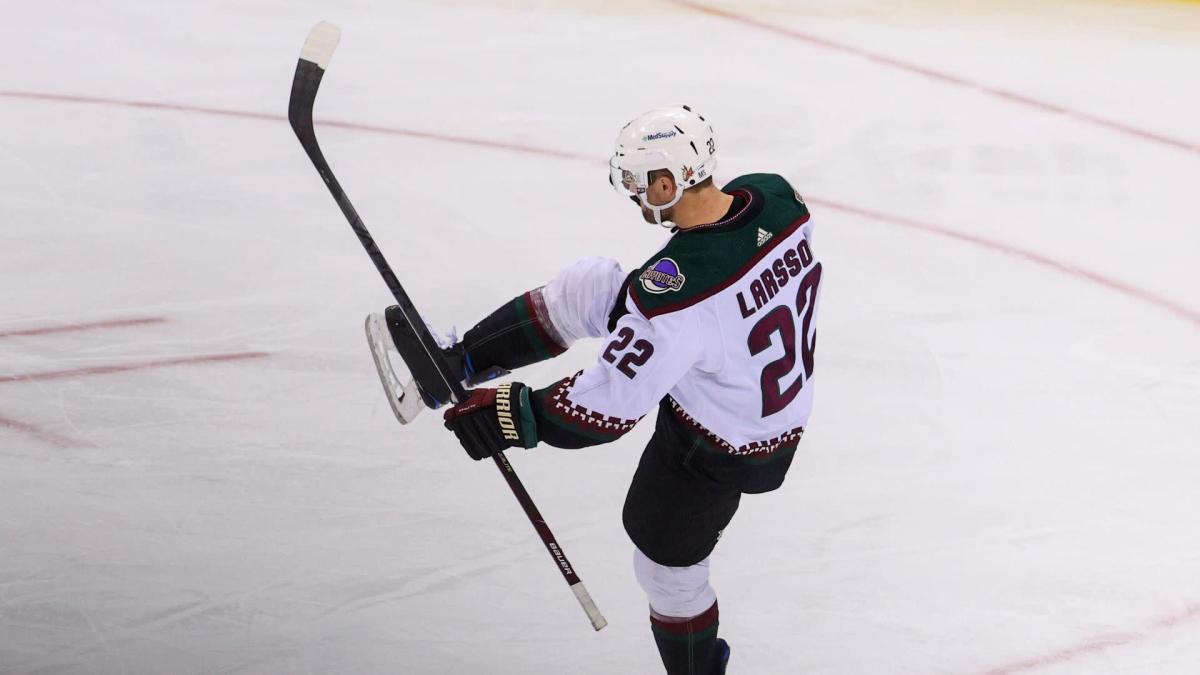 As the Capitals took to the ice for practice on Wednesday, a new face joined them. Johan Larsson, acquired Monday at the trade deadline from the Arizona Coyotes, was on the ice for the first time with his new team. He skated with a blue non-contact jersey and worked out with the other injured players T.J. Oshie and Nic Dowd, but it allowed his new teammates and coaches their first look at the new winger.

“He looks good out there,” head coach Peter Laviolette said. “He’s just got into some contact and get back into some routine. He hasn’t done much for a couple months, so it’s just kind of been slow. So hopefully he progresses to losing that color and getting into a bunch of good practices.”

“It’s always different coming to a new team but so far it’s been good,” Larsson said. “I feel like this group has been together for a while so it is pretty easy to come in here. They are a confident group. They know they can do it so it is fun to come here.”

Larsson comes to Washington from Arizona where he played 81 total games over the last two seasons. Prior to that, he spent seven seasons with the Buffalo Sabres. His coming to Washington now gives him something he has never had in his NHL career: a postseason.

Despite a career that has spanned 10 seasons and 474 games, Larsson has never played in the playoffs. He played one game for a Minnesota Wild team that would go on to the postseason in 2012-13, but since becoming a full-time NHL player, Larsson has not gotten to experience playoff hockey for himself.

Now not only has he been dropped into a team hoping to make a deep run, he also stands to hold a key role on that team.

With Carl Hagelin out long-term with an eye injury, Larsson looks like a fit to take that spot on the fourth line.

Larsson said the coaches had not discussed with him what his specific role on the team would be other than just to, “Be a good solid two-way player.”

“We’ve always liked Larsson, even when he was in Buffalo,” general manager Brian MacLellan said Monday. “He was a real good defensive player, he’s versatile, he can play center, he can play wing, kills penalties, very responsible player, good five-on-five guy. I think there’s multiple uses for him also, and adding center depth if injuries occur is important for us, too.”

But it may be a while before we see just how good of a fit Larsson really is.

Larsson is still recovering from sports hernia surgery he underwent in February, hence the non-contact jersey at Wednesday’s practice. There is no timeline for his return, but he and the team are hopeful that will be in the coming days.

Until then, Larsson will have to bid his time and prepare for the first playoff push of his career.

Said Larsson, “I’m very excited to come here, come to this team and join them here and have a push for the playoffs.”