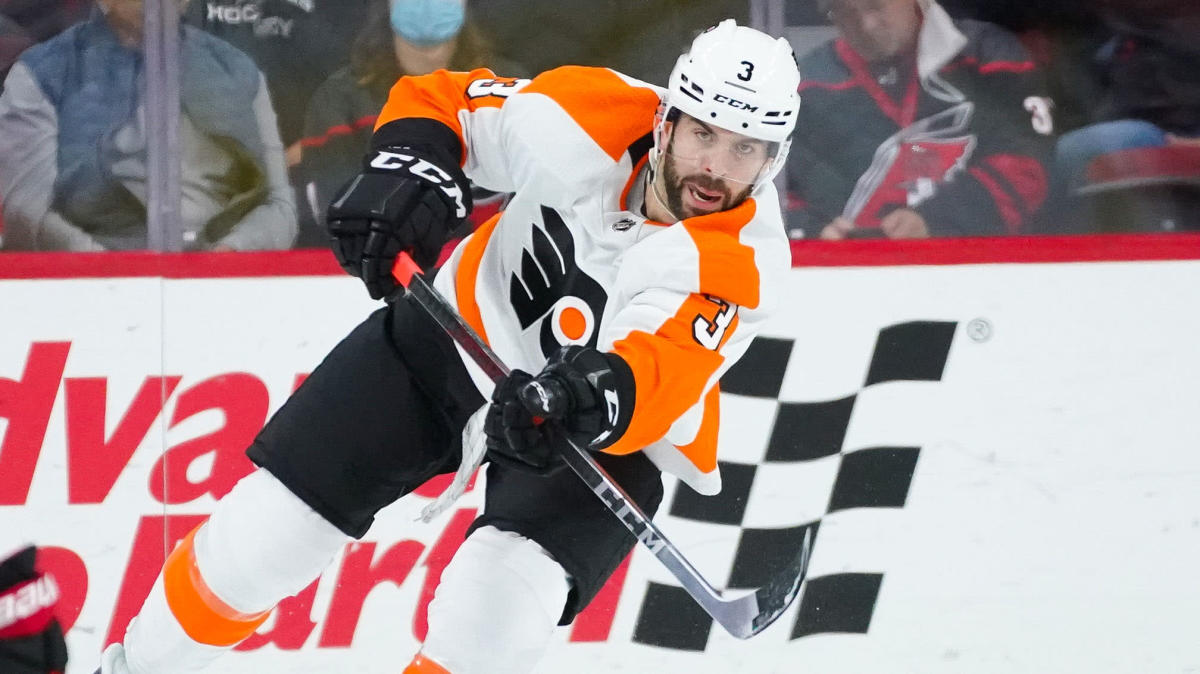 On Tuesday, Flyers defenseman Keith Yandle got into his 965th consecutive game, breaking the record that had been held by Doug Jarvis since 1986. Accomplishing that took some good luck – for example, Yandle has somehow managed to stay out of the COVID-19 protocol – but managing to break that record also took a ton of durability and perseverance.

On top of that, Yandle has been a major offensive force for most of his career. He’s surpassed the 40-point milestone in 10 different seasons and even now at the age of 35, he’s still a factor with 13 assists in 43 contests.

“It’s one of those things that I don’t think it’s really sunk in too much yet,” Yandle said after setting the record, per NHL.com. “It’s obviously something I’m super grateful for. I’m grateful to play one game in this league, the best league in the world. To be surrounded by the best people, people that always have your back, people that are rooting for you, to be a part of the NHL and the NHL family and for me being [a part of it] the last 16 years, it’s more than a dream come true.”

Unfortunately, while it was a night to remember for Yandle, it was a night of infamy for the Flyers. Philadelphia got off to a 2-0 lead over the Islanders, but still lost 4-3. With that, the Flyers have now gone 0-10-3 over their last 13 games, making this the longest winless streak in franchise history, surpassing their slump of 12 consecutive contests from Feb. 24-March 16, 1999.

Philadelphia is now 13-22-8. They’ve already been through one coaching change this season and that didn’t help. Mike Yeo will stick around as the interim head coach for the rest of the campaign, but after that the Flyers will presumably do an extensive search for a bench boss in addition to taking a hard look at this team’s roster and what needs to change in order for them to become competitive again.

Matt Murray earned a 32-save shutout. With all the struggles he’s had this season, it’s nice to see things turning around for him. He’s won three of his last four starts while allowing a total of eight goals over that span.

Rasmus Dahlin tied for the Sabres’ team-high with five shots on Murray. Dahlin also had four hits and two blocks in 24:06 minutes of ice time.

Tyler Ennis led the Senators’ offense with a hat trick. He’s up to four goals and 16 points in 31 games.

Adam Gaudette assisted on two of Ottawa’ five goals. He has three goals and eight points in 16 contests.

Aaron Dell turned aside 42 of 47 shots last night. Obviously, it was far from an ideal game for Dell, but it’s hard to blame him on a night when Buffalo allowed 47 shots.

Joe Pavelski has been on quite a run lately and kept that going on Tuesday with another two goals and four points. The Stars forward has recorded multiple points in five of his last eight games, bringing him up to 19 goals and 48 points in 40 contests in 2021-22.

Roope Hintz found the back of the net and registered an assist for Dallas. He has 19 goals and 36 points in 38 games.

Jesper Bratt netted the Devils’ only goal. It was his 14th goal and 37th point in 38 contests.

Akira Schmid got the start, but it was a night that he’d probably rather forget. He allowed three goals on seven shots in the first period. Jon Gillies stepped at the start of the second frame and saved 23 of 24 shots the rest of the way.

At the other end of the ice, Braden Holtby saved 36 of 37 shots. The only goal he allowed was scored during a Devils power play.

Sidney Crosby scored the game-winning goal and registered two assists. He has 11 goals and 34 points in 30 contests.

Bryan Rust also had a goal and two assists for Pittsburgh. That gives him 10 goals and 27 points in 20 games.

Karel Vejmelka saved 30 of 36 shots last night. The game was tied at 2-2 going into the third frame, but he allowed four goals on 15 shots in the final 20 minutes.

Sebastian Aho netted a pair of goals, including the overtime winner. He has 19 goals and 44 points in 36 contests.

Vincent Trocheck and Nino Niederreiter accounted for Carolina’s other two goals. For Niederreiter, it was his 12th marker and 20th point in 33 games.

Frederik Andersen saved 26 of 29 shots on Tuesday. He extended his winning streak to four games, giving him a 22-6-0 record.

Nolan Patrick scored a goal and registered an assist for Vegas. He’s up to two goals and five points in 13 contests.

Martin Jones stopped 29 of 33 Islanders shots on Tuesday. He’s allowed at least three goals in each of his last four games.

Claude Giroux found the back of the net for the Flyers. It was his 15th goal and 34th point in 40 contests.

Zach Parise scored the game-winning goal and registered an assist. That gives him three goals and 12 points in 35 games.

Mathew Barzal also had a goal and assist for the Islanders. He has eight goals and 26 points in 32 games.

Ilya Sorokin kicked out 14 of 17 Flyers shots. Philadelphia was limited to just nine shots over the final 40 minutes.

Mason Marchment led the Panthers with two goals and an assist. That gives him four goals and 14 points in 18 contests.

Anton Lundell contributed a goal and an assist for Florida. He has 10 goals and 26 points in 39 games.

Cole Perfetti assisted on two of the Jets’ three goals. He has a goal and three points in nine contests.

Connor McDavid scored the overtime winner and registered an assist. He’s up to 20 goals and 57 points in 37 games.

Leon Draisaitl also found the back of the net for the Oilers. It was his 29th goal and 59th point in 35 contests.

Mikko Koskinen stopped 25 of 27 Canucks shots. He allowed both of those goals in the second period. At the time, it put the Oilers behind 2-0, but they were able to rally back and win the game.

At the other end of the ice, Spencer Martin saved 47 of a staggering 50 shots. The overtime period was all Oilers with them outshooting Vancouver 9-1.

Elias Pettersson scored a goal for the Canucks. He has 10 goals and 22 points in 42 contests.

Filip Forsberg netted a goal and registered an assist for Nashville. That gives him 21 goals and 34 points in 31 contests.

Mattias Ekholm accounted for the game-winning goal. It was his third goal and 13th point in 40 games.

Jared McCann scored a power-play goal at 8:59 of the first period. The Kraken forward has 16 goals and 25 points in 37 contests.