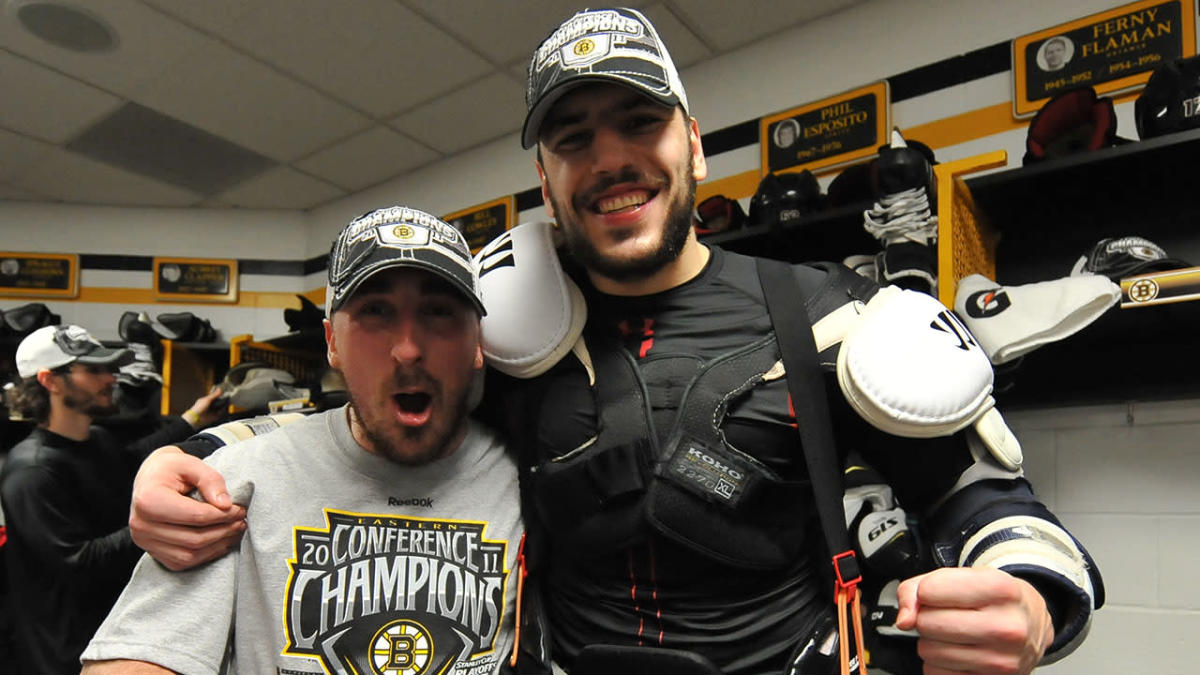 As we await official word on several longtime Boston Bruins, allow Milan Lucic to take you on a trip down memory lane.

Lucic, who spent his first eight NHL seasons in Boston and won a Stanley Cup with the Bruins in 2011, joined a host of current and former Bruins players in Italy this weekend to celebrate the wedding of retired goaltender Tuukka Rask and his longtime partner, Jasmiina Nikkila.

Lucic, Patrice Bergeron, David Pastrnak, David Krejci, Brad Marchand, Charlie McAvoy, Kevan Miller and former Bruins defenseman Torey Krug were among those in attendance, according to several photos and videos Lucic shared on social media — including this gem of Lucic, Marchand and Pastrnak tearing it up on the dance floor.

Marchand will miss the beginning of the 2021-22 season after undergoing surgery on both hips, but it appears his recovery is going well.

Lucic also shared a couple more videos and photos from the Rask wedding weekend starring himself, Krug and Krejci.

While Lucic is with the Calgary Flames and Krug is with the St. Louis Blues, Bergeron, Krejci and Pastrnak are all expected back with the Bruins in 2022-23 despite a bit of uncertainty.

Bergeron has yet to sign a new contract with Boston but has spoken with new Bruins head coach Jim Montgomery multiple times; Krejci reportedly has been in touch with the B’s about returning to the team after spending the 2021-22 season in his native Czechia; and Pastrnak’s camp is in the process of negotiating a contract extension with Boston.

We’d imagine there was some chatter amid old friends at Rask’s wedding, but it appears the primary goal was making the weekend one big party. Mission accomplished.