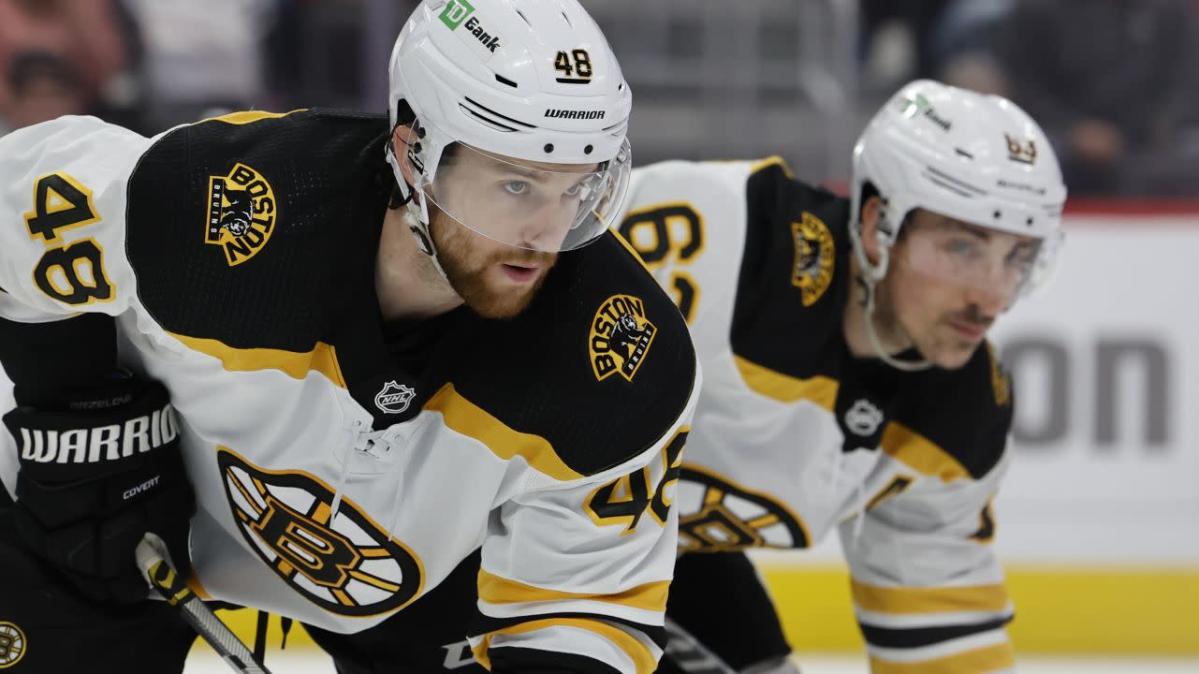 We pretty much know which Eastern Conference teams are going to secure a spot in the 2022 Stanley Cup Playoffs, but that doesn’t mean the postseason races through the end of the month will lack excitement.

Quite the opposite, actually.

The standings in both the Atlantic and Metropolitan Divisions are super tight, with several teams likely to move up and down the standings many times throughout the next three weeks.

Here’s an overview of where the Boston Bruins sit in the playoff race, including their projected finish, as well as best- and worst-case scenarios for Round 1.

The Atlantic Division race will go down to the wire, at least for the second- and third-place spots. The Panthers should win the division barring a surprising collapse over the next month. The real race is below Florida, where Boston, Toronto and Tampa Bay are all going to be in a fierce battle for the other playoff berths from the division.

How Erik Haula is easing Bruins’ concerns over No. 2 center spot

The No. 2 team in the division gets home ice advantage in the first round, which would be especially important for the Leafs. Only the Panthers have more home wins than the Leafs this season. If the Leafs had to play a Game 7 in the first round against the Bruins or Lightning, it would be much better for Toronto if that matchup was at Scotiabank Arena. We’ve seen what happens when Toronto plays a Game 7 in Boston.

The Capitals most likely will be the second wild card team. It would take a Herculean effort for them to climb all the way up to the first wild card spot. Washington also has struggled of late with four losses in its last six games.

So if the Bruins remain in the wild card area at the end of the regular season, they’ll be in the top spot. That means they would play the division winner with the worst record in Round 1. Right now, the Carolina Hurricanes are that team.

The Athletic’s analytics model predicts the Bruins will finish as the first wild card and play the Hurricanes in the first round of the playoffs. This model projects Boston to finish with 109 points — one shy of the Lightning for third place in the Atlantic.

In this scenario, the Bruins would be on the Metropolitan Division side of the East playoff bracket, which might not be a bad outcome (see below).

Best/Worst Case Scenarios for Round 1

The best-case scenario for the Bruins is to finish as the top wild card team and play the Hurricanes in the first round. You might think that’s crazy given how well the Hurricanes have played against the B’s this season. Carolina swept the season series 3-0-0 by a combined score of 16-1.

The Hurricanes are a fantastic, well-balanced team. That said, Frederik Andersen has not been a stellar goalie in his playoff career. He’s posted a .916 save percentage and a 2.55 GAA in 53 career playoff games. Those aren’t bad numbers at all, but he typically plays better during the regular season. Andersen also has a 6-7-0 record with a .909 save percentage in two seven-game series versus the Bruins in 2018 and 2019. He allowed a total of nine goals in two Game 7s against the B’s in those years.

The Bruins also beat the Hurricanes in the playoffs in both 2019 and 2020. Sure, the rosters for both teams are a bit different now, but the B’s will be confident in that series.

If the Bruins play the Hurricanes, they are in the Metropolitan Division side of the playoff bracket. This means Boston’s second-round matchup would be against the Pittsburgh Penguins or New York Rangers. Neither of these teams would be an easy opponent for the Bruins, but either one is a more favorable Round 2 series than having to play the Panthers, Leafs or Lightning.

The worst-case scenario for the Bruins would be falling to the first wild card spot and having to play the Panthers in the first round, not the Hurricanes. If the Bruins were able to take down the Panthers, then a potential second-round series with the Lightning is a real possibility. Should the Bruins find a way to survive those two rounds, a conference final series versus the Hurricanes is the most likely matchup.

Could you imagine having to go through the Panthers, Lightning and Hurricanes just to reach the Stanley Cup Final, where a juggernaut like the Colorado Avalanche could be waiting? That’s an absolutely brutal road.

The Bruins’ path to the Cup Final will be very tough regardless of how the matchups unfold. The East is significantly deeper and better than the West this season. But there are a few potential paths easier than others, so we’ll see if luck is on Boston’s side over the next couple weeks.

The starting pitcher is nearly extinct. Can MLB rule changes, mentality shifts save us from the 'five-and-dive?'