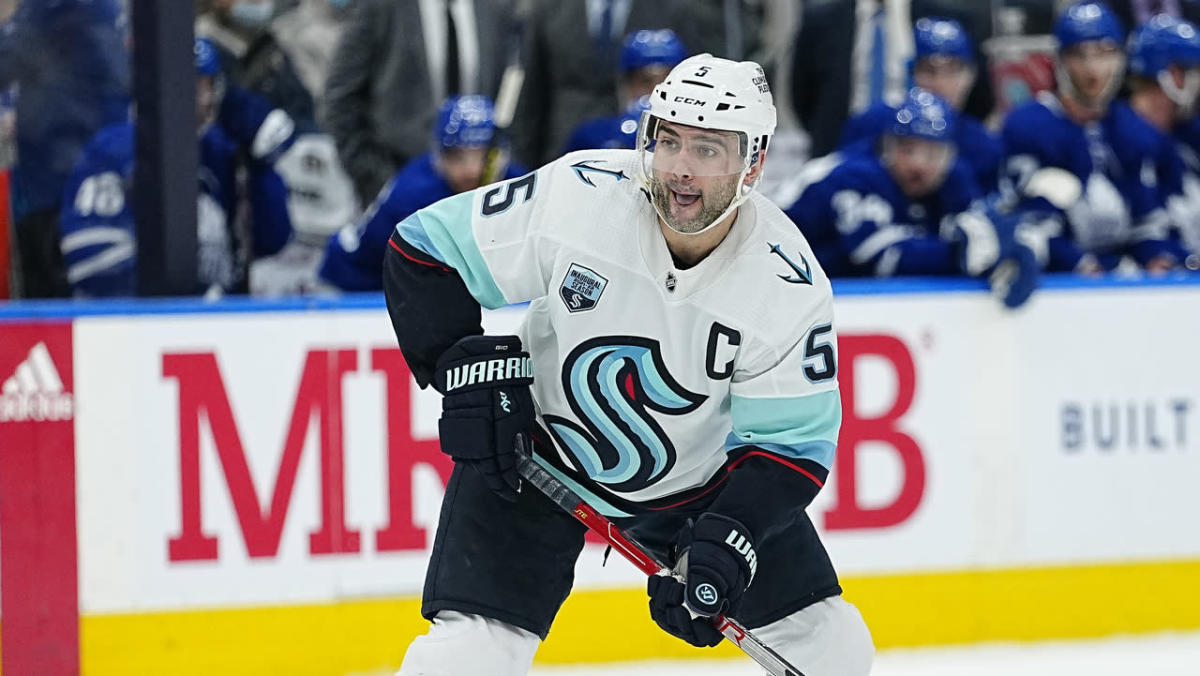 The Toronto Maple Leafs have made their move to keep up in the Eastern Conference arms race.

A day after the Boston Bruins traded for Anaheim Ducks defenseman Hampus Lindholm, the Leafs have reportedly acquired veteran blue liner Mark Giordano from the Seattle Kraken ahead of Monday’s trade deadline.

Kevin Weekes of ESPN and NHL Network reported that in addition to Giordano, the Leafs acquired Colin Blackwell in the deal with the Kraken. Blackwell is a native of North Andover, Mass. and played high school hockey locally at St. John’s Prep in Danvers before playing four years at Harvard.

Giordano, 38, was the first captain in Kraken history after Seattle selected him from the Calgary Flames in last summer’s expansion draft. In 55 games for the Kraken, Giordano had six goals and 17 assists for 23 points. He’d spent the first 15 seasons of his career with the Calgary Flames, where he won the Vezina Trophy as the NHL’s top defenseman in 2018-19.

Giordano is the final season of a six-year, $40.5 million contract he’d signed with Calgary in 2015 and will be an unrestricted free agent at season’s end. While he’s sure to bolster the blue line for Toronto, the Leafs certainly won’t be extending Giordano much, if at all, beyond this season like the Bruins were able to do with the 28-year-old Lindholm.

Blackwell, who turns 29 next week, has eight goals and nine assists for 17 points in 39 games this season in Seattle. He’ll also be a UFA after the season.

Toronto had 83 points (39-18-5) entering play Sunday, two points ahead of the Bruins (38-19-5) for third place in the Atlantic Division. The Leafs were a point back of the Tampa Bay Lightning, who acquired Brandon Hagel from the Chicago Blackhawks on Friday, and seven points back of the division-leading Florida Panthers, who made a move for Philadelphia Flyers captain Claude Giroux on Saturday.

The Maple Leafs haven’t won a postseason series since 2004 and haven’t won the Stanley Cup since 1967, the longest active drought in the NHL. Toronto is third in the league in goals scored this season, but as has been the case for much of the last half century-plus, need some help defensively.

WATCH: Jackie Bradley Jr. shows off arm, guns down runner at the plate