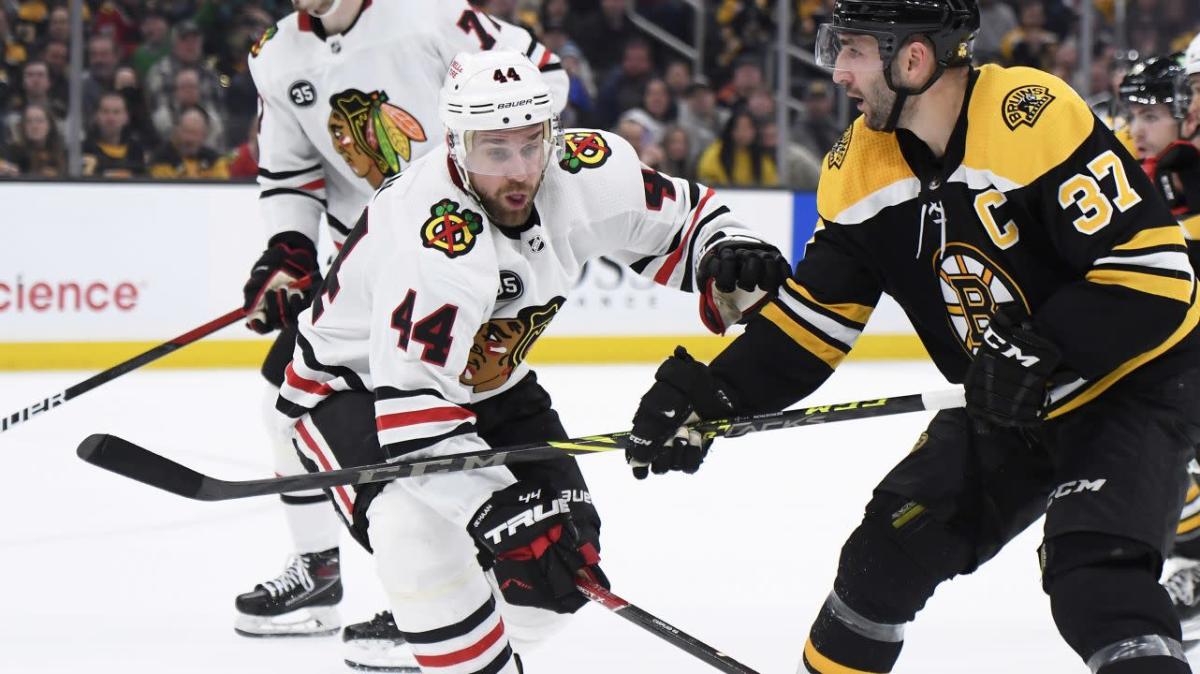 The price to acquire a talented defenseman before the NHL trade deadline is not cheap, and we’ve seen more and more evidence of that over the last couple days.

The Anaheim Ducks acquired a second-round pick and a good defenseman prospect from the Colorado Avalanche in exchange for rental defenseman Josh Manson on Monday. The Florida Panthers paid an even steeper price — a first-round pick, a fourth-round pick and a decent forward prospect — to acquire veteran d-man Ben Chiarot from the Montreal Canadiens on Wednesday.

It wouldn’t be surprising if teams in search of defensemen before Monday’s 3 p.m. trade deadline — including the Boston Bruins — are forced to pay a first-rounder to acquire any of the top blueliners rumored to be available, such as Hampus Lindholm, Mark Giordano or Jakob Chychrun.

One defenseman that could potentially be acquired for less is Calvin de Haan of the Chicago Blackhawks.

The Athletic’s Fluto Shinzawa wrote in a story published Thursday that “the Blackhawks are looking for a second-round pick” for de Haan, and that the Los Angeles Kings and Vegas Golden Knights have “inquired” about him.

De Haan is a solid player. He’s not going to drive a ton of scoring, but he’s a reliable defender, a good penalty killer and will play tough, heavy minutes in the playoffs. He actually ranks third in the league with 140 blocked shots.

De Haan would upgrade the left side of the Bruins’ blue line, either on the second pairing next to Brandon Carlo or on the third pairing. He’s not a game changer, though. He’s not going to make the same impact, particularly offensively, that a Lindholm or Chychrun would.

The Bruins should pursue Lindholm, Chychrun and Giordano first. But if they strike out on those three, or if the prices are just too rich for B’s general manager Don Sweeney, then focusing on de Haan would be a smart backup plan.