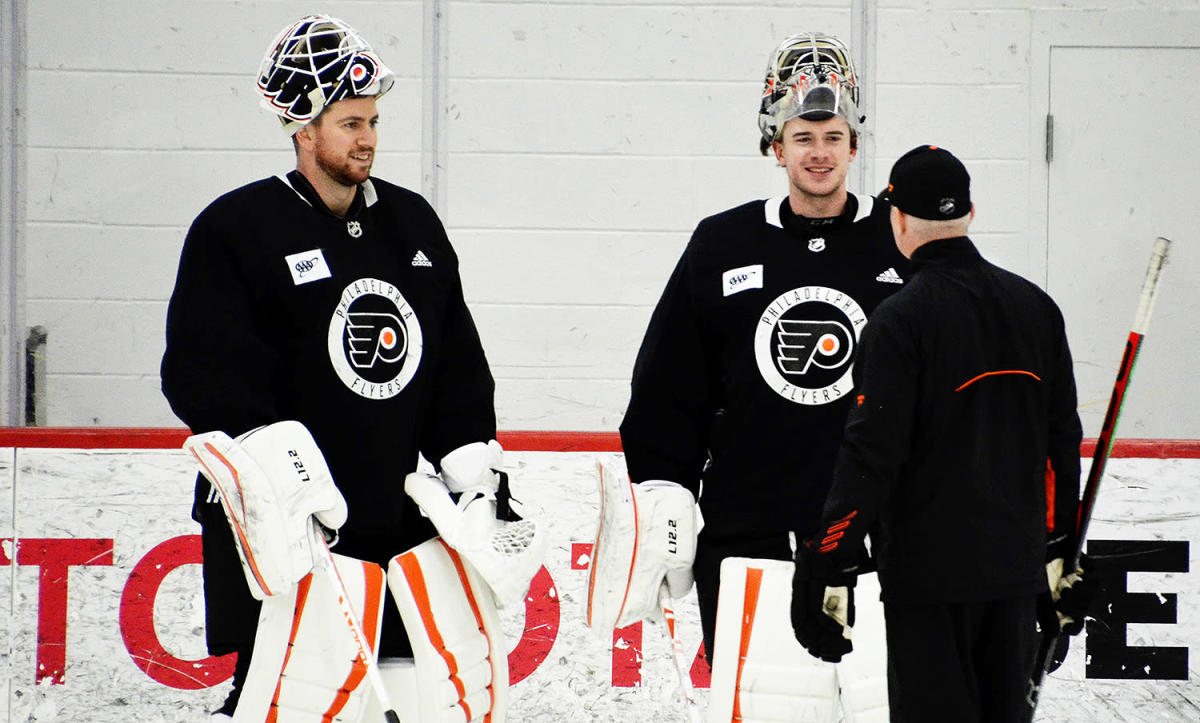 Crushed by injuries and two double-digit losing streaks, the Flyers are in full-on sell mode, enduring one of their worst seasons in franchise history.

Chuck Fletcher is set to “aggressively retool” the club at the NHL trade deadline.

“Everything’s on the table,” the Flyers’ general manager said Jan. 26.

Leading up to the March 21 deadline, we’re evaluating the Flyers’ candidates to be moved.

We’ve looked at Claude Giroux and Derick Brassard. Next in our series is Martin Jones.

Why Jones could be traded

The 32-year-old veteran has solid rental potential for any contending club dealing with some instability in net.

The Flyers acquired Jones on a one-year, $2 million deal last summer to be Carter Hart’s backup. With the club’s season falling completely short of expectations, Jones has become a clear-cut trade chip given his expiring contract and experience.

Before joining the Flyers, over the previous six seasons, no NHL goalie had played in more games than Jones. He also owns 60 career playoff starts and has been to a Stanley Cup Final as a starter and backup.

Jones has gone 7-11-3 this season with a 3.42 goals-against average and .900 save percentage. Not numbers that jump off the page, but he has been in some tough spots. His stats took a big hit when he faced a barrage of 50 shots from the Avalanche in a 7-5 loss Dec. 6, the day Alain Vigneault was fired during the morning.

Jones has three games of 40 or more saves this season and has had good showcases in his only two games this month. He beat the Blackhawks, 4-3, nine days ago and stopped 33 of 35 shots in a 3-1 loss to the Hurricanes last Saturday.

He should be in line for one more start before the deadline.

“Jonesy’s a great pro. I coached against him for a long time,” Flyers interim head coach Mike Yeo said last month. “He’s a guy that never asks a question. There’s been a lot of times here where we’ve been sort of running with Carter, his attitude has been outstanding, his support for Carter has been outstanding and when we’ve asked him to come in, he’s been real good.”

Jones said he tries to not think about the upcoming trade deadline.

“It’s really not in my control at this point,” he said March 2. “My job is to just be ready to play when I’m called upon and try to give our team a chance to win.

“The whole group has been awesome, it’s a great group of guys, a close team. Carter’s a great partner. He’s fun to watch, he’s a talented, young guy. I love watching different goalies and to be able to watch him, day in and day out, it’s been fun and I’ve learned a lot from him.”

Sportsnet’s Elliotte Friedman reported in late January that the Oilers were willing to give up a late-round draft pick for Jones. At the time, the Flyers likely wanted to let the market play out a bit for leverage purposes. The deadline can spark action and more desperation from playoff teams.

When Jones beat Chicago earlier this month, Edmonton had two scouts on hand in Philadelphia. Other clubs that could be seeking goalie help are the Maple Leafs, Wild and Golden Knights.

Jones wants to show he can still start and play like a No. 1.

“Absolutely,” he said. “I still think I’m pretty good. It’s been a tough year for everybody, we’ve dealt with a lot, injuries and other things. My goal is to play well and push to play more games.”

The Flyers would receive draft pick compensation in return if they’re to move Jones. His $2 million deal could be a bit of a hurdle in a cap world. Perhaps they’d aim for a third- or fourth-round pick and possibly retain some salary.