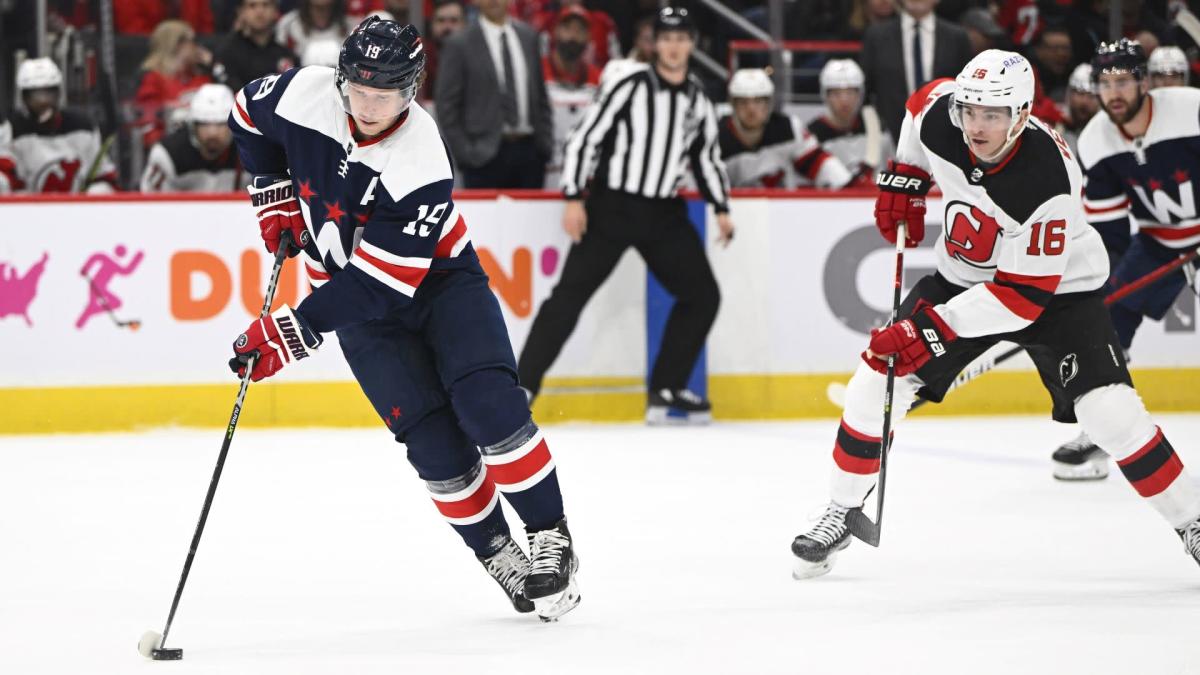 On a night in which Nicklas Backstrom was honored for his 1,000 NHL points, he played the hero by scoring the go-ahead goal in a 4-3 win over the New Jersey Devils on Saturday.

Here are some observations from the game.

A night for Backstrom

Backstrom was honored for his 1,000th point in a pregame ceremony. He was presented with a Tiffany’s crystal, a golden hockey stick and some custom golf clubs by his teammates. The video tribute featured messages from Ryan Getzlaf, Patrick Kane, Sidney Crosby (who was roundly booed) and, of course, Alex Ovechkin.

With his family in attendance, Backstrom was the hero of his own celebration as he fired a wrister in the third period to beat goalie Nico Daws and give the Caps the 3-2 lead.

To celebrate Backstrom’s 1,000 points, fans had been given foam apples as a giveaway. Hundreds, perhaps thousands of those apples made their way to the ice after Backstrom’s go-ahead goal causing a brief delay to clear the ice. Players chipped in to help the ice crew gather all the apples.

T.J. Oshie returned to the lineup after missing the last four games with a lower-body injury. He had not played since March 17. He was limited to just 13:46 of ice time with no points. That does not mean he did not have an impact, however. He drew a penalty early in the third period and Connor McMichael would go on to score at 6-on-5 during the delayed call.

A career year for Wilson

Tom Wilson struck in the second period as he finished off a 2-on-1 break with Conor Sheary.

With his goal, Wilson reached 20 goals on the season for the third time in his career. He had already established a career-high in assists (26) and points (45, now 46) this season. He sits just two goals away from tying his career-high of 22 and three shy of passing it.

Perhaps in tribute to Backstrom, the best passer in franchise history, Washington put on a passing clinic in the third period to take control after entering the final frame down 2-1.

It started just 2:08 into the period when the Caps put together a tic-tac-toe passing play that saw McMichael with a slam-dunk goal, his ninth of the season.

That goal tied the game at two. Backstrom would give Washington the lead, then Evgeny Kuznetsov would pull off a no-look pass to set up Ovechkin on the backdoor for an easy finish.

Kuznetsov now has a career-high point streak of 12 games. He has scored seven goals and eight assists through that stretch.

The chase for Howe and Gretzky

With his goal Saturday, Ovechkin now has 42 on the season. He has scored in six of his last seven games.

William Nylander with a Goal vs. Montreal Canadiens

Jesper Bratt with a Goal vs. Washington Capitals