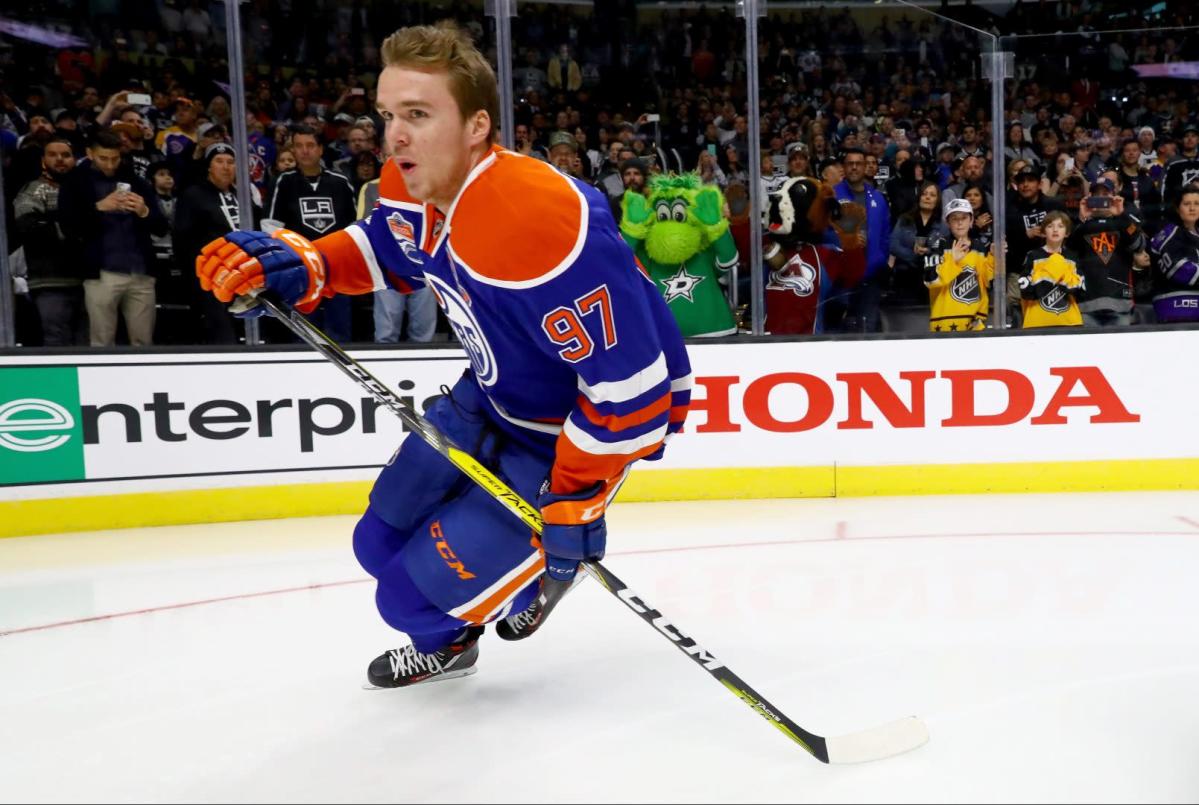 • Connor McDavid will take part in Friday’s NHL Fastest Skater event. He’ll look to win it for the fourth time, moving out of a tie with Mike Gartner for the record. [ESPN]

• Manon Rhéaume on taking part in the NHL All-Star Breakaway Challenge Friday night in Las Vegas: “Obviously, I don’t expect to be stopping everything and things like this, but I’m going to have a lot of fun and those guys are amazing. I’m sure they’re going to come up with all kind of crazy breakaway things. It’s good for the game, for the NHL to showcase how great they are and I’m going to hope the puck touches me at some point.” [NHL.com]

• Previewing the U.S. women’s Olympic hockey team as they look to repeat as gold medalists. [The Ice Garden]

• If you ask Brianna Decker, the best defender in hockey is teammate Megan Keller. [On Her Turf]

• What kind of contract can pending UFA Nazem Kadri expect to land this summer? [PHT]

• Looking to unload a big cap hit? Give the Coyotes a call. [TSN]

• Jason Robertson continues to impress for the Stars. [The Hockey News]