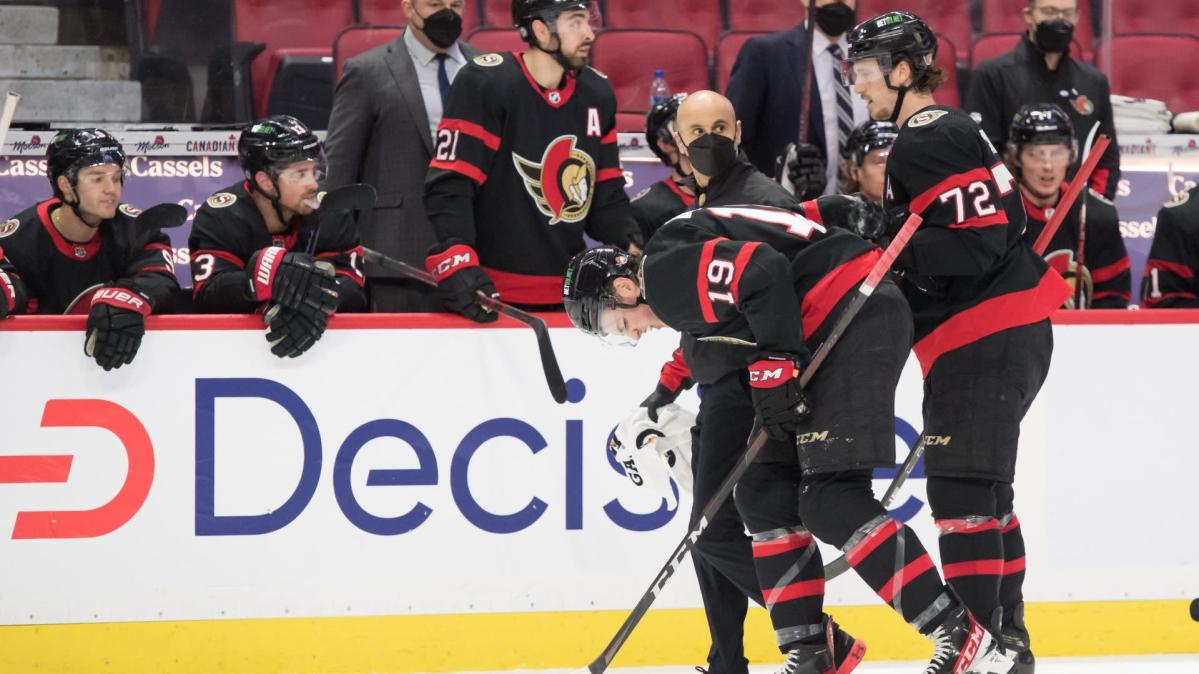 Sabres goaltender Aaron Dell has been suspended three games for interfering with Drake Batherson of the Senators during Ottawa’s 5-0 win on Tuesday.

As NHL Player Safety notes in the suspension video, this wasn’t just Dell getting in the way of the Senators’ forward as he pursues the puck behind the Buffalo net. He sees Batherson’s path and a lays check on him, sending him into the boards.

Batherson was not eligible to be hit and ended up injuring his ankle on the play. No penalty was called and Ottawa expects Batherson to miss some time, putting him out of next week’s NHL All-Star Game.

“Drake looks like he’s gonna be [out] a lot longer,” said Senators head coach D.J. Smith. “Kid has a chance to go to his first All-Star game, it’s a bad play by the goalie. He’s done it before. We’ve seen all the replays. Any other player in the game that does that, you know, you have to go out and face the music. … But it’s a bad play.”

Sources say Drake Batherson has a high ankle sprain. Once the swelling goes down the club will have a better idea on the time line. One way or another it’s long-term and sprains can be worse than a break. #Sens

“He wasn’t in the path of the goalie and, at the last second, the goalie steps back and hits him,” Smith said. “When I come in and I see replays of him doing it other times and running out to hit other players, you know it’s a pattern. It’s unfortunate because our best, leading scorer, is going to be out a significant amount of time on a play that didn’t need to happen.”

When asked about the play after the game, Dell said he hadn’t seen the hit and was not trying to injure Batherson.

Dell is the first NHL goaltender to be suspended since Jamie McLennan was given a five-game ban for slashing Johan Franzen during the 2007 Stanley Cup Playoffs. McLennan never served the suspension as he retired a year later after one season in the Asia League Ice Hockey.

In 31 games this season, Batherson leads the Senators in scoring with 13 goals and 34 points. He was the only Ottawa player named to the Atlantic Division All-Star roster last week.

“It definitely sucks,” said Tkachuk. “Quite frankly, it was just a bulls— play. What happened was unnecessary and dirty. You just feel for Bath. He’s put in so much work to get to where he’s at.”