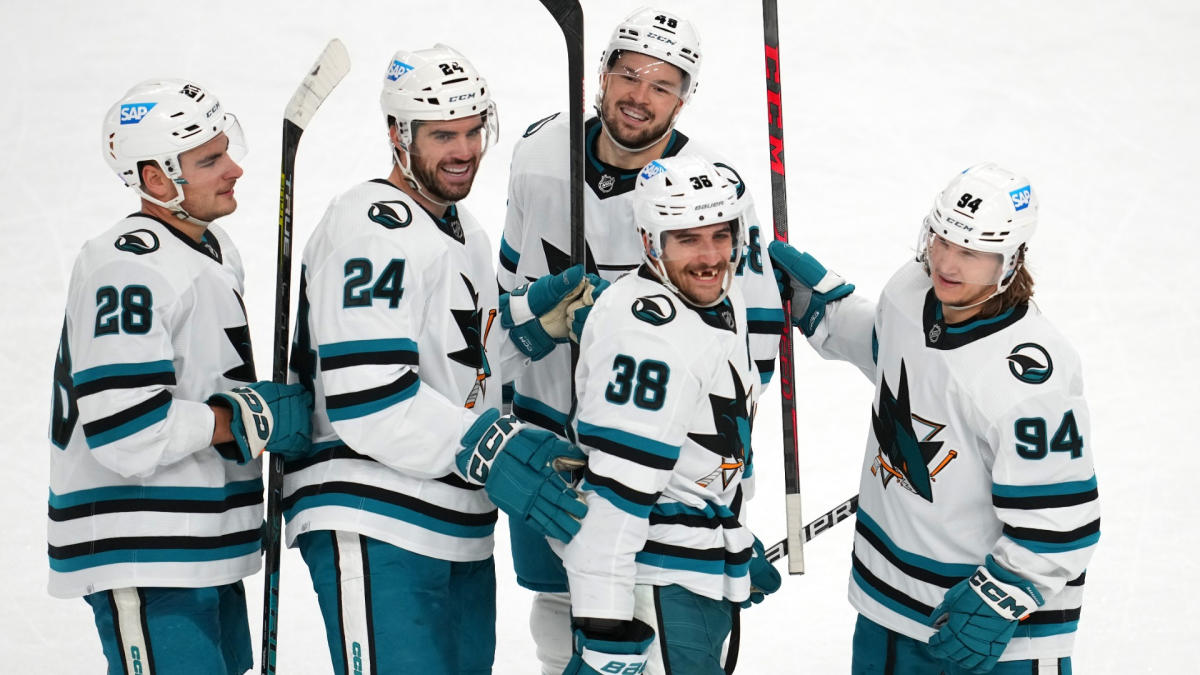 Many fans might have begun searching for NHL Draft lottery odds when the Sharks embarked on their four-game road trip.

However, San Jose showed signs of life, winning three of four on the road trip, with the most impressive performance coming in a 5-2 win over the Vegas Golden Knights on Tuesday at T-Mobile Arena.

The Sharks again had to come from behind after falling 1-0 and 2-1 during their matchup against the current leader of the Pacific Division, who had three losses entering the matchup.

Matt Nieto scored early in the third period to begin the comeback, with Timo Meier scoring the go-ahead goal late to put San Jose up for good. Then, Logan Couture and Mario Ferraro recorded the empty-net goals to ice the win.

“I mean, if you look at our record, obviously, it’s not great, but in this room, we believe there is more than what we’ve had so far with the record shown,” Meier said on “Sharks Postgame Live.” “So I think this road triple showed that we were capable of winning games.

“And just the way we won those games, the one in Minnesota we came back and the one tonight, I think that it gives a lot of confidence. But that confidence is earned, obviously, a tough start in the beginning. But we’re earning our confidence, and that comes through hard work and working together as a team.”

Sharks coach David Quinn noted that wins against the Minnesota Wild and Golden Knights is evidence of the work that the team is putting in behind the scenes.

As a result, the Sharks have developed trust these last two games, showing they are more than capable of digging themselves out of a hole and don’t need to panic or take risks on offense for goals.

“We’ve been gaining confidence throughout this last three weeks, just the way we played and the way we practiced,” Quinn told reporters after the win. “And, you know, there’s a level of believability that wasn’t there earlier in the season.

The Sharks hope their road success can follow them home as they welcome the Detroit Red Wings on Thursday at SAP Center to begin a three-game homestand.

No relationship is worth misery. Russell Westbrook and the Lakers is no different