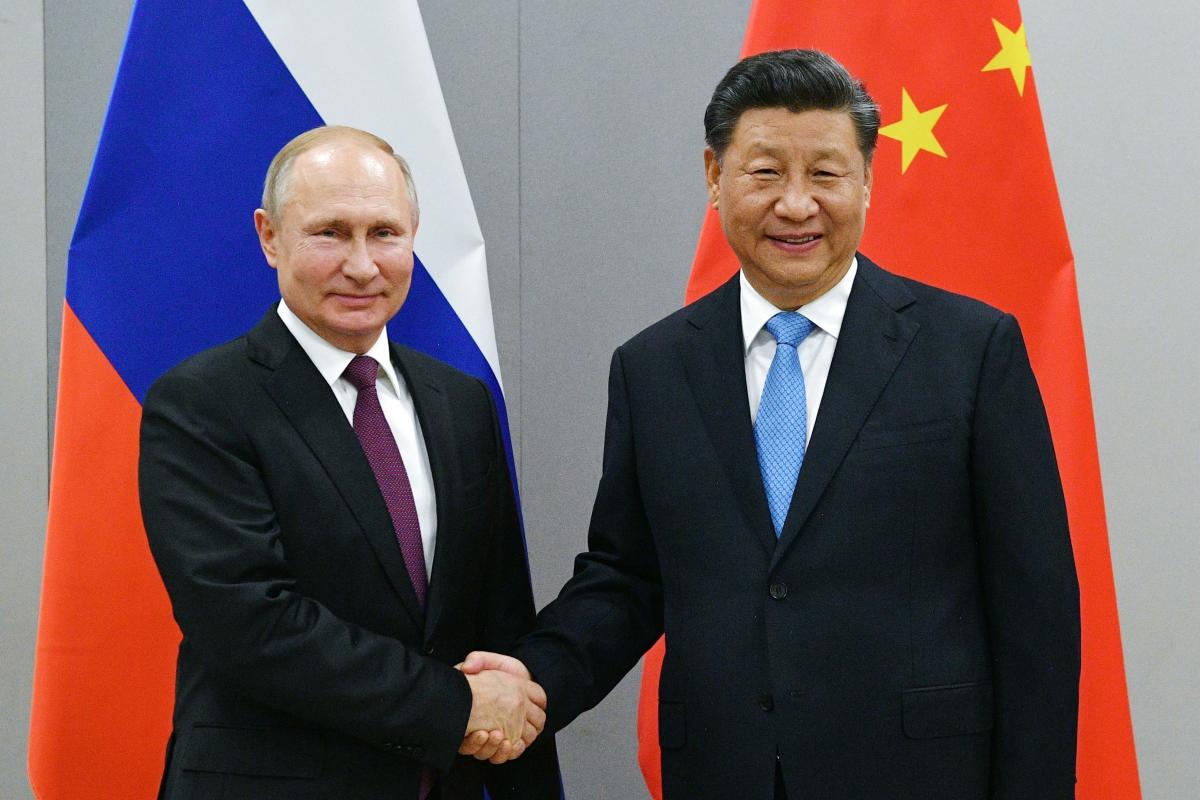 BEIJING (AP) — The latest on the Beijing Olympics:

Russian President Vladimir Putin has arrived in Beijing for the opening of the Olympic Games. He’ll also hold talks with Chinese counterpart Xi Jinping as the two leaders look to project themselves as a counterweight to the U.S. and its allies.

The Russian leader’s visit comes amid growing Chinese support for Moscow in its dispute with Ukraine that threatens to break out into armed conflict.

Putin’s presence makes him the highest-profile guest at the event following the decision by the U.S., Britain and others not to send officials in protest over China’s human rights abuses and its treatment of Uyghurs and other Muslim minorities.

The discussions mark the first in-person meeting between Putin and Xi since 2019.

The U.S. leads after the opening day of the team figure skating event at the Beijing Games, with winning performances from Nathan Chen and ice dancers Madison Hubbell and Zachary Donohue helping them edge the heavily favored Russians.

Alexa Knierim and Brandon Fraizer did their part, too. They had a season-best score in their pairs short program, helping the Americans amass 28 points. That leaves them two clear of the Russians and seven ahead of third-place China.

The Chinese were helped by a record score in the pairs short program by Sui Wenjing and Han Cong.

The team event resumes Sunday with the women’s short program. The top five nations after that will advance to the round of free skates later Saturday and concluding Monday night.

U.S. women’s hockey star Brianna Decker will miss the rest of the Olympics after injuring her left leg in the Americans’ tournament-opening victory against Finland.

Decker is expected to remain in Beijing rather than fly back to the U.S. immediately.

The forward was hurt when she was tripped from behind by Ronja Savolainen midway through the first period Thursday night. Decker was unable to put any weight on her left leg. She was taken off the ice on a stretcher.

Decker’s injury was the second to a key player on the first day of women’s hockey in Beijing. Canadian forward Melodie Daoust was injured after being checked hard into the boards by Switzerland’s Sarah Foster.

The third round of training for women’s ski jumpers at the Beijing Olympics has been cancelled due to windy conditions.

Wind gusts were measured at 7 meters per second (16 mph.) To make the conditions even more brutal, it was minus 9 degrees Celsius (16 degrees Fahrenheit) on the sunny afternoon. The 40 women in the field had two jumps each, a day after having three rounds of training.

Practice for the men’s ski jumpers later in the day started on time.

Defending Olympic champion Maren Lundby of Norway and top-ranked Marita Kramer of Austria will not vie for medals on Saturday, creating a wide-open competition.

Lundby is taking the season off after gaining weight and refusing to stress her body and mind enough to jump in a sport plagued by eating disorders. Kramer tested positive for COVID-19, knocking her out of the Beijing Games.

Germany’s Katharina Althaus and Japan’s Sara Takanashi are among the contenders to win gold after finishing second and third behind Lundby at the 2018 Olympics.

High winds delayed the start of men’s downhill training earlier in the day and about 100 kilometers (60 miles) away.

The U.S. men’s hockey team has held its first pre-Olympic practice in Beijing without two top defenseman and a veteran forward because they tested positive for the coronavirus.

USA Hockey hopes all three players will be available for the tournament, which begins Wednesday. The U.S. opens against host China on Thursday.

Players and coaches arrived just after midnight. Three goaltenders and 23 skaters were on the ice for practice with coach David Quinn and his assistants.

Canada canceled practice for a second consecutive day. No reason was given.

Madison Hubbell and Zachary Donohue have delivered a season-best performance in rhythm dance at the Beijing Olympics, giving Team USA a second straight win on the opening day of figure skating.

Nathan Chen won the men’s short program with a dynamic, high-flying program that featured a pair of quads. Hubbell and Donohue followed up with a near-flawless performance to music from Janet Jackson at Capital Indoor Stadium.

In the team event, 10 points are awarded to first place in each discipline, which means the Americans have a perfect 20 so far. The Russian Olympic Committee is second with 17 after Mark Kondratiuk’s third-place finish and a shaky second-place performance by ice dance world champions Victoria Sinitsina and Nikita Katsalapov.

Italy is in third place with 14 points heading into the pairs discipline later Friday.

The second men’s downhill ski training session is underway at the Beijing Olympics after a delay due to strong winds.

Overall World Cup leader Marco Odermatt of Switzerland was first to set off down the slope an hour after originally scheduled Friday.

The world’s best skiers only got the chance to see the Rock course up close for the first time on Thursday. There is a third training session scheduled Saturday before the men’s downhill opens the Alpine competition the following day.

Three-time men’s figure skating world champion Nathan Chen has delivered a strong short program to open the team competition at the Beijing Games. That gets the Americans off to a good start in their pursuit of a third straight medal in the event.

Chen, who struggled in the team event in Pyeongchang, opened with a big quad flip and hit his difficult quad lutz-triple toe loop combination to deliver the highest score among the men Friday and give the U.S. the maximum 10 points.

Reigning Olympic silver medalist Shoma Uno was second to give Japan nine points. Eighteen-year-old Mark Kondratiuk was third for the Russian Olympic Committee, which is favored to win the team event.

The short program for ice dance and pairs are later Friday, then the teams get a day off before the women’s short program on Sunday. The top five teams after that advance to free skates for the medals Sunday and Monday.

Organizers say nine more athletes and officials tested positive for COVID-19 in cases confirmed on Thursday, raising the total to 111 since the Beijing Olympic period started on Jan. 23.

Seven cases were detected at the Beijing airport, making it 77 out of 5,255 athletes and officials who arrived through Thursday. The other two cases came from daily PCR testing that all people inside the Olympic bubbles must undergo.

Organizers say 12 more positive cases were detected among “stakeholders” — mostly workers at the Games including media. Seven of those were at the airport and five in daily tests.

The overall total of positive cases is 308 through Thursday. Almost 12,000 people have arrived in Beijing from outside China.

Organizers have delayed the start of the second men’s downhill training session at the Beijing Olympics due to strong winds.

The session had been scheduled to start at 11 a.m. Beijing time, but organizers will only make a decision then whether it can start at the new scheduled time of noon.

The world’s best skiers only got the chance to see the Rock course up close for the first time on Thursday. There is a third training session scheduled Saturday before the men’s downhill opens the Alpine competition the following day.

Weather is yet another source of stress for competitive skiers who can do nothing to control changing conditions on the slopes.

Chinese figure skating judge Huang Feng, who was suspended in 2018 for biased judging at the Pyeongchang Olympics, was among the three officials on the technical panel for the team event to start the Beijing Games.

Huang served a one-year suspension after he was accused of biased judging in the pairs event in Pyeongchang.

The International Skating Union, which assigns the judges and technical panel, said in a statement that Huang was cleared to work the Olympics after serving his suspension provided he continues to abide by the organization’s code of ethics. The technical panel is responsible for identifying all the elements that skaters execute during their programs.

Huang received a round of applause from the several hundred fans, all Chinese citizens, who were allowed into Capital Indoor Stadium for the start of Friday’s program. He stood and gave a brief wave before sitting back down.