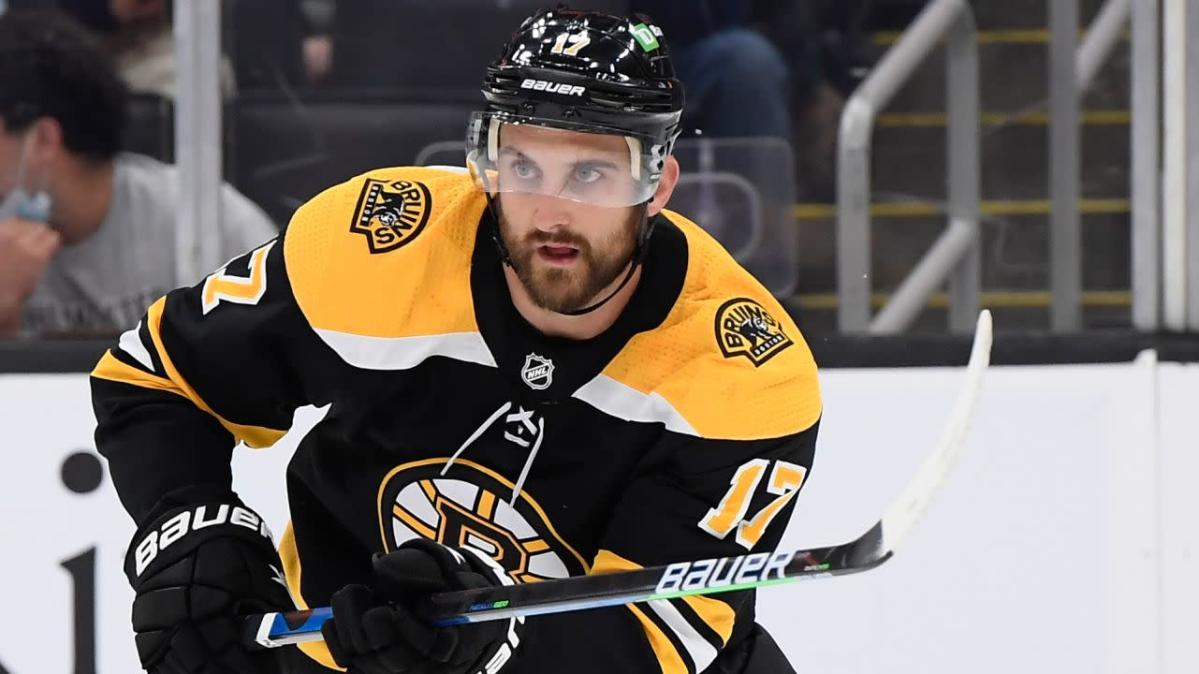 The Boston Bruins have a difficult 2022 offseason in front of them.

Team captain Patrice Bergeron must decide whether to return for a 19th NHL season or retire. This decision could have a huge impact on how the team approaches both the draft, free agency and trade market over the next couple months.

But either way, there are glaring weaknesses on this roster that must be addressed if the Bruins are going to make a deep run in the 2023 Stanley Cup Playoffs.

Let’s look at three areas that general manager Don Sweeney must improve before next season.

The Bruins must acquire a top-six caliber center regardless of whether Bergeron comes back. If he stays, it’s still a significant need. If he retires, it’s just an even bigger need.

Erik Haula did a nice job as the No. 2 center from Jan. 1 through the end of the regular season. Head coach Bruce Cassidy created a second line with Taylor Hall and David Pastrnak on Haula’s wings, and the move paid huge dividends as all three players saw their scoring production skyrocket.

But Haula is not your typical second-line center on a contender. He’s not a consistent goal scorer or an elite playmaker. He also failed to contribute much in the first round of the playoffs, scoring zero goals in seven games against the Carolina Hurricanes.

B’s are woefully unprepared to replace Bergeron, whenever that time comes

Unfortunately for the Bruins, there are no good internal options to address this roster weakness. Neither Haula nor Charlie Coyle are legit top-six centers. There aren’t any prospects in the pipeline capable of playing this role, either. Johnny Beecher and Brett Harrison have the most potential among Boston’s prospects, but they won’t make a real impact in the NHL next season. Jack Studnicka was once viewed as a potential top-six center, but his inability to crack the lineup on a regular basis over the last three years have lessened expectations for his future.

The only meaningful way to upgrade at center is via trade or free agency. The free-agent market is loaded with short-term fixes. Claude Giroux and Evgeni Malkin are the two most notable names who are unrestricted free agents. They are 34 and 35 years old, respectively, though. Nazem Kadri is eligible for UFA status this summer, as well as Vincent Trocheck and Ryan Strome. The Bruins would need to clear salary cap space to sign one of these players. Boston has about $4.3 million in cap space at the moment.

If free agency doesn’t work out for the Bruins, maybe they could pry Mark Scheifele or Pierre-Luc Dubois from the Winnipeg Jets via trade. The B’s reportedly had interest in Canucks center J.T. Miller before the trade deadline in March. Perhaps they could circle back to him.

If you look at the teams still alive in the Stanley Cup Playoffs, one common theme is they have at least two fantastic centers. The Bruins had that for around a decade with Bergeron and Krejci. They need to get back to that level to be a real title contender again.

Scoring depth was a major problem this year, especially in the bottom-six. Right wing is an area of concern, too. David Pastrnak scored a team-high 40 goals in 74 games. He was the only right winger who gave the team quality scoring production. Left wing was less of a problem, where Brad Marchand (80 points in 70 games) and Taylor Hall (61 points in 81 games) both were solid.

Craig Smith was supposed to be the second-line right winger, but he had an underwhelming 2021-22 campaign with 16 goals in 74 games. He tallied 13 goals in 54 games last season. Smith scored 20-plus goals five times with the Nashville Predators earlier in his career. We have not seen that same player in Boston. Smith also has scored only two goals in 17 playoff games with the B’s, including none in seven games versus the Hurricanes.

Smith is entering the final year of his contract. The Bruins need to find a younger, more consistent and more productive offensive player for his role. Doing so this offseason would be ideal.

What will happen with Jake DeBrusk? He requested a trade in 2021 but wasn’t moved. He said at the team’s break-up day earlier this month that he would take some time to think about it and assess the season. The Bruins cannot afford to trade him unless they get a similar player in return. DeBrusk had a strong finish to the regular season and ended up with 25 goals, which ranked third on the team. It would be ludicrous for a team without the ideal amount of scoring depth to get rid of its third-leading goal scorer for future assets (draft picks, prospects).

Nick Foligno scored two goals all season despite his $3.8 million salary cap hit. He’s well past his prime and now represents one of the worst contracts on the roster, even though it expires after 2022-23. The Bruins need to find an upgrade over Foligno. Tomas Nosek scored three goals all season, and none came after Jan. 2. Curtis Lazar played right wing for long stretches of the season. He’s a UFA this summer.

A young player such as top prospect Fabian Lysell making the roster and providing much-needed goal scoring and playmaking would be the best-case scenario for the third line. Either way, the Bruins have to boost their offensive skill in the bottom-six, especially on the wings.

The Bruins went out into free agency and sign several veteran forwards over the last two offseason, most notably Foligno, Nosek, Haula and Smith.

These additions made it pretty difficult for the Bruins to promote any of their young forwards from Providence to the NHL roster. After a mostly lackluster 2021-22 season for the veterans listed above (except Haula), it’s time for Boston to try to trade one or more of those players and replace them with a younger version.

Studnicka is never going to fulfill his potential if he plays a couple games in Boston and is sent back to Providence if he doesn’t perform at a high level. Young players need to be given more of a leash. The pressure of having to be awesome right away for fear of going back to the AHL is something the B’s need to avoid. Studnicka plays with good speed and has enough offensive skill to provide a spark in the bottom six. He just needs more than 15-20 games to establish himself.

Other younger forwards such as Mark McLaughlin, Oskar Steen, Jakob Lauko and Georgii Merkulov should get a look at the NHL level, too. Even Trent Frederic should get more ice time so the Bruins can determine if the 2016 first-round pick has a long-term future with the franchise. Of course, Lysell coming up and being an impact winger would be awesome, but he has just one season of experience in North America.

The Bruins must put a larger emphasis on developing young players and giving them a prolonged opportunity to make it in the NHL. Drafting poorly, failing to develop and then having to go out in free agency to sign older, expensive veterans to fill out the roster is not a winning formula.

Maybe it works in the short term, but it’s not sustainable. That salary cap space could be better used elsewhere.

Fantasy Baseball: What you need to know from Tuesday's MLB action