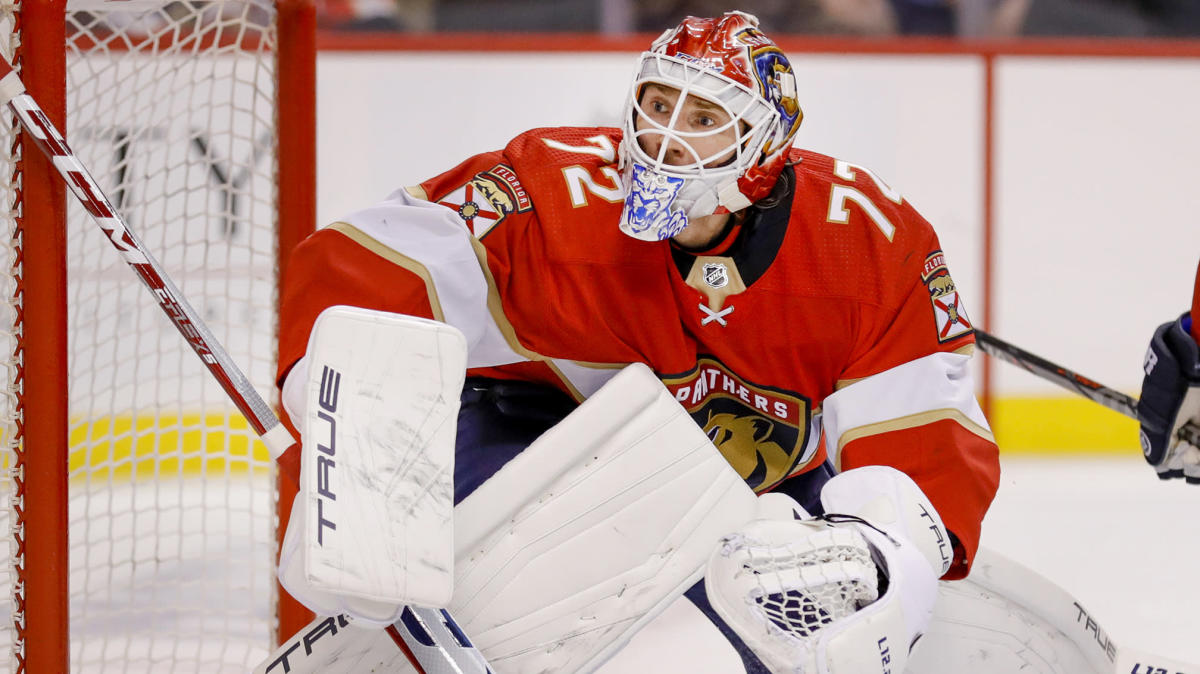 It almost feels like the Panthers, who shredded the NHL during the regular season, might have peaked too early, with their 13-game winning streak near the end of the campaign seemingly taking all the oxygen out of the room for the No. 1-seeded outfit. Perhaps what was strangest about Florida’s Game 3 loss to the Capitals was the near-complete lack of energy as the game wore on. It’s not like Washington jumped out big, either. The game was tied at 1-1 after the first period. And then the Panthers just kind of deflated.

Contrast that with how the Rangers handled a far, far more dire Game 3 situation. Trailing 4-1 after the first period, New York’s offense responded with three second-period goals. The end result for both Florida and New York was a 2-1 series deficit, but nobody has played more confusing postseason hockey than the Panthers to date. New York, at least, has looked like it wants to be there.

Darcy Kuemper only lasted for 19 minutes in Game 3 – he was forced out with an eye injury — and surrendered one goal (to Matt Duchene late in the first period) on 10 shots. He was subsequently replaced in-crease by Pavel Francouz. With the Avalanche just one game away from moving onto the conference semifinals, the team could afford to rest Kuemper for Game 4 if there are any lingering concerns, here, but in the early going, the team has already cleared him for a concussion and the injury is not considered to be long-term. Colorado will go for the sweep on Monday.

Francouz got off to a rocky start in relief – not a huge surprise, given that he was immediately thrust into playoff-intensity hockey – while surrendering goals to Eeli Tolvanen and Roman Josi in the second period, but Colorado’s offense more than came through for their emergency netminder, allowing him to settle into the game.

Things were much, much more uncomfortable in the opposite crease, as Connor Ingram was melted for six goals on 41 shots. Without Juuse Saros (ankle) between the pipes, Nashville has been far outclassed in this series. Even if Saros was playing, the difference in talent between the Stanley Cup-hopeful Avalanche and Nashville has been glaring early this postseason.

Matt Duchene has been one of Nashville’s few bright spots in the series, scoring his third postseason goal through three games on Saturday. Alexander Carrier picked up two assists while serving as the Preds’ lone player with multiple points.

Gabriel Landeskog came to play for the Avalanche, scoring a pair of second-period goals against Connor Ingram while additionally adding assists on goals by Nathan McKinnon (first period) and Devon Toews (third period). Landeskog has split his time evenly between scoring (three goals) and helping out (three assists) through three games against the Preds.

In a move that might or might not smell of desperation, Rangers coach Gerard Gallant pulled star netminder Igor Shesterkin in favor of Alexandar Georgiev after a rough first period which saw Shesterkin yield four goals to put the Rangers into an early 4-1 hole. The move “worked” in that the Rangers did come back to tie with three second-period goals, though it’s an open question whether it really makes sense to pull Shesterkin at any point in a series like this. The counter to that would be that Shesterkin could certainly have dead legs after two mammoth efforts to start the series. Either way, we probably would have rode with Shesterkin, too. Like in fantasy, sometimes in real-life it’s smartest to stick with your stars.

Not that Georgiev played poorly. He played quite well, stopping 19 shots to come his way while letting in just one goal. The one goal was a crippler, though, as it gave the Penguins a decisive 5-4 advantage with under 10 minutes remaining in the third period.

Louis Domingue has surrendered a combined nine goals over the second and third games of this series. He has been putting in gutsy efforts, but the longer this series stretches on without Tristan Jarry and Casey DeSmith, the tougher it is going to become for the Penguins. Stealing wins even with Domingue struggling in-crease could end up winning them the series if they keep their heads down, keep grinding.

Brock McGuinn, Jeff Carter and Evan Rodrigues all scored against Shesterkin in the first period. Rodrigues achieved the feat twice and played a big part in Shesterkin’s early exit.

Despite all of this, despite Shesterkin looking gassed, the Rangers very nearly pulled out the win after trailing 4-1 at the start of the second period. Frank Vatrano, Artemi Panarin and Andrew Copp scored goals against Louis Domingue to tie up the game heading into the third period.

Danton Heinen scored what proved to be the deciding go-ahead goal for the Rangers midway through the third period. It was just his fourth career postseason goal in 35 playoff contests. The likeliest of heroes…

Sidney Crosby, who has been playing steady, consistent hockey this postseason, had assists on empty-net goals by Jake Guentzel and Jeff Carter. Crosby has put up two points in each of the first three games of this series.

The Capitals just will not go away in this series. Sergei Bobrovsky held a 1-0 lead for much of the first period, but T.J. Oshie tied up the game with just a touch over 30 seconds remaining before intermission, and Washington would go on to score (unanswered) the next five goals of the game. Bobrovsky finished making 25-of-30 saves. If we see Spencer Knight in the crease come Game 3 on Monday, you’ll know that Florida is really starting to sweat.

Ilya Samsonov had one of the best performances of any netminder this postseason, yielding a goal to Jonathan Huberdeau two-plus minutes into the contest but nothing else the rest of the way out, which gave his offense plenty of time to pile it on against the staggered Panthers. Samsonov wrapped making stops on 29-of-30 shots.

Huberdeau, who scored 115 points in 81 games during the regular season, but he has largely blended into the background this series, posting just two total points in three games. Saturday’s goal was his first of the 2021-22 postseason.

Nicklas Backstrom and Anthony Mantha each put up two points on assists for the Caps.

Alex Ovechkin also picked up two points, assisting on T.J. Oshie’s first-period goal before scoring a third-period goal of his own against Bobrovsky. Ovechkin’s goal came at the 10:25 mark in the third period and pushed the Capitals out to a 4-1 lead, dashing realistic hopes for a Florida comeback.

Florida wasn’t the only first seed to be schooled by their Wild Card foe on Saturday. The Flames fell 4-2 to the Stars, who are pulling off the same kinds of upset alert wins out West as Washington out East. Jacob Markstrom – who led the NHL with nine shutouts during the regular season and opened the series with a Game 1 SO – was unable to hold a 2-1 second-period lead, yielding the final three goals of the game. Markstrom finished up stopping 28-of-31 shots.

Jake Oettinger played a strong crease after allowing early goals to Trevor Lewis and Elias Lindholm, blanking the Flames over the final 35-plus minutes of the contest. He made a strong 39-of-41 stops.

Joe Pavelski was Markstrom’s main nemesis on the evening, scoring a game-tying goal midway through the second period and a decisive go-ahead goal during a power-play opportunity with under 10 minutes remaining in regulation. Pavelski is up to three goals in the series.

Radek Faksa and Roope Hintz scored first- and third-period goals, respectively, to round out the evening’s scoring for Dallas. Game 4 will drop on Monday as the Stars try to put out the Flames for a third time in the series.

Jordan Poole definitely grabbed and yanked Ja Morant's knee; whether he intended to hurt him isn't the point