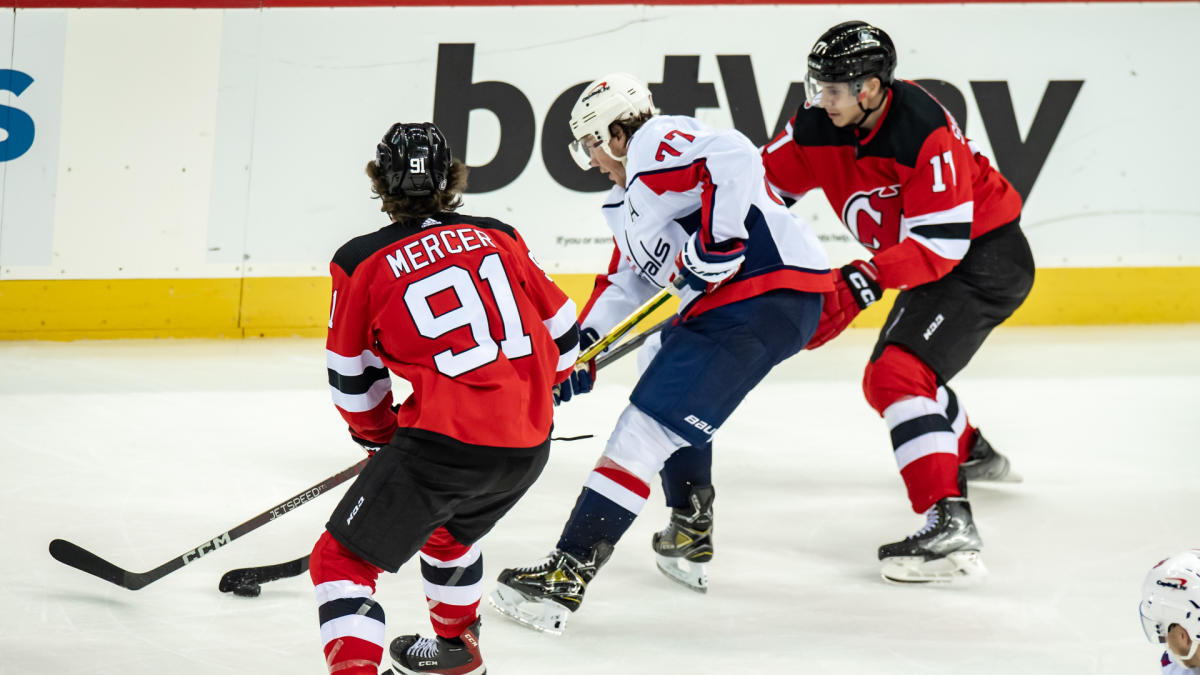 Over the last decade, no NHL team has been a tougher opponent to beat on the road than the Capitals. Washington enters Tuesday’s game against the Vancouver Canucks carrying a .615 point percentage in away games since the start of the 2012-13 season, best in the league. Its goal differential of +81 is tied for second across that same span.

Success away from home has been a defining characteristic of the franchise going all the way back to 2007-08, the first year Alex Ovechkin and Nicklas Backstrom played together. And before anyone goes thinking those numbers are carried by the pre-Stanley Cup teams, the Capitals have finished atop the NHL standings in road point percentage three years running.

So far in 2022-23, that success hasn’t carried over. The Capitals kicked off a six-game road trip Saturday with a 5-1 loss to the New Jersey Devils, dropping their away record to 2-7-2 on the season. Their .273 point percentage ranks 30th in the NHL, putting them on pace to finish outside the top 10 for the first time since 2013-14 — the last time they missed the playoffs.

“You’ve got to play a little differently on the road,” winger T.J. Oshie said Friday ahead of the road trip. “We haven’t been doing that this year, so hopefully tomorrow will be the first step to get a little greasy, a little more direct, a little simple and physical on the road.”

Their first game of the trip didn’t go as hoped despite the Capitals controlling puck possession and firing off 38 shots, their second most this season among games ending in regulation. It was less a physical battle than it was a track meet up and down the ice, a type of game that will challenge the veteran-laded Capitals against a young team like the Devils.

With Thanksgiving come and gone, the Capitals’ upcoming schedule could play a significant role in determining both the team’s playoff chances and what kind of decisions GM Brian MacLellan makes ahead of the March 3 trade deadline. They play seven of their next eight games on the road including four in Canada, though only three of those opponents are in playoff position.

“You never know what can happen on the road,” Oshie said. “We haven’t been that good on the road this year. Historically, we are a pretty good road team so it would be nice to find our legs out there.”

The six-game road trip marks the longest the Capitals will be away from home all season. If they’re going to find their winning ways and make a push for the postseason, this upcoming stretch provides them with an opportunity to tap into their longstanding identity.

“No matter where we’re going, we need some positivity and we definitely need some results,” head coach Peter Laviolette said Friday. “We’re grinding through, grinding through what happened and take the positives [and] try to build off of that.”

Celtics' Jaylen Brown ruled out for Monday vs. Hornets