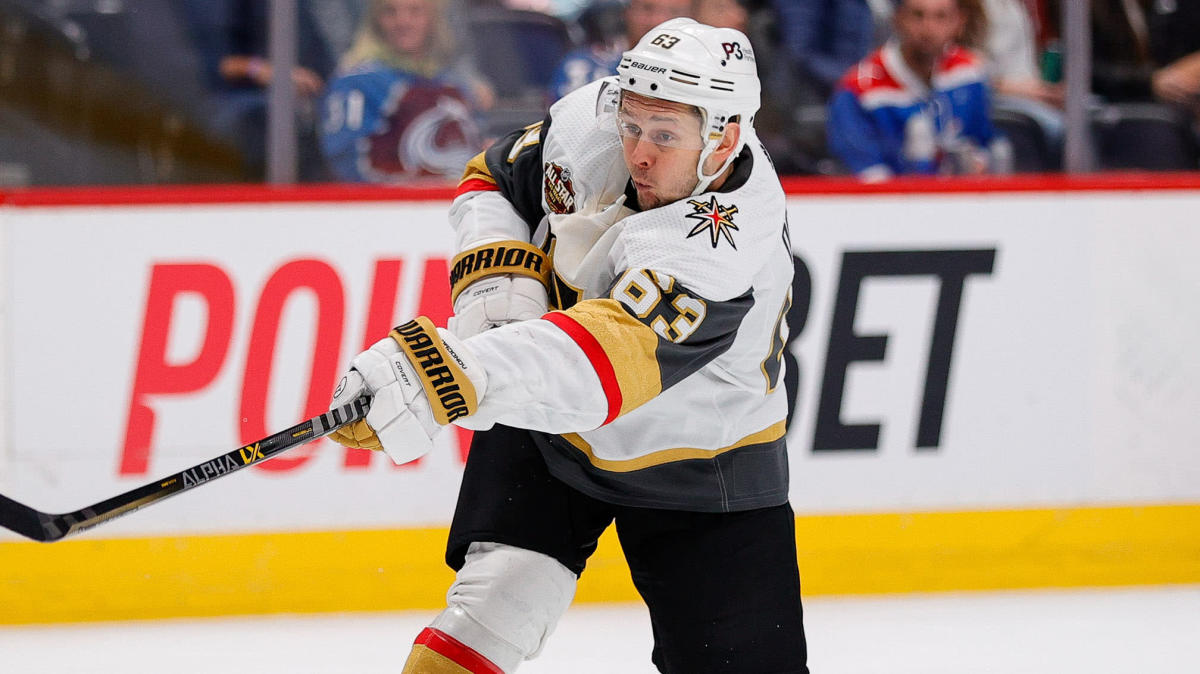 Vegas entered the season with such high aspirations and to be fair to them, they still do have a chance to turn things around and have a deep playoff run. Right now though, the Golden Knights are a disaster.

While the Golden Knights did manage to fire 42 shots on Tuesday, they were nevertheless shutout for the second straight contest. Back-to-back shutouts is embarrassing regardless of the circumstances, but it’s a symptom of a larger problem. The Golden Knights are 6-12-1 over their last 19 games and have averaged just 2.26 goals over that span.

Injuries have been part of the problem, but it’s also been the only thing keeping their cap situation in check. Ever since acquiring Jack Eichel they’ve been carrying a roster that has only been cap compliant because they’ve had players with significant contracts on the long-term injured reserve list. That’s playing with fire though because in the event that they do get healthy, they’d be forced to activate them and figure out some way to still be under the ceiling.

That led the Golden Knights to trade Evgenii Dadonov to Anaheim on Monday, even sending a conditional second-round pick the Ducks way to get them to take his $5 million cap hit. Only someone or multiple people along the way seem to have messed up. The trade is still being investigated and reportedly what happened is that Vegas and the NHL thought Dadonov’s partial no-trade clause either expired or wasn’t submitted on time. It seems that it was though and consequently the trade might be voided.

If that happens then Vegas will be in a very awkward position. The trade deadline has already passed and while you can actually still make trades after it, any player moved at this point would be ineligible to play for their new team for the rest of the 2021-22 campaign and the playoffs. In other words, no contender would have any reason to deal with Vegas at this point and even rebuilding squads wouldn’t have much motivation to help out the Golden Knights. On top of that, Vegas’ options to move Dadonov would be limited by his partial no-trade clause. What that all means is that the Golden Knights would be negotiating from a position of significant weakness if the Ducks trade is voided and they attempt to move Dadonov elsewhere for the sake of freeing up the cap space.

Things just look like a mess in Vegas. About the only optimistic thing you can say is sometimes things are darkest before the dawn.

The Rangers actually got on the board first, earning a 2-0 lead through 20 minutes. Mika Zibanejad and Adam Fox accounted for the Rangers’ two early goals.

New Jersey rallied back in the second period with five unanswered goals. The Rangers did show some life in the final frame, but they could never claw their way back into the contest.

Jack Hughes led the Devils with a pair of goals. Yegor Sharangovich, Ryan Graves, and P.K. Subban each had a goal and an assist for New Jersey.

This game was a rare miss for Igor Shesterkin. He allowed five goals on 24 shots over the first two periods. Alexandar Georgiev came in for the third and stopped five of seven shots.

Nico Daws turned aside 31 of 35 Rangers shots. He got the win, but this is the third straight start where he surrendered four goals.

Jake Guentzel scored a pair of goals, including the game winner. He has 31 goals and 63 points in 58 contests.

Sidney Crosby assisted on three of the Penguins’ five goals. He’s up to 22 goals and 64 points in 52 games.

Gustav Nyquist scored Columbus’ only goal. It was his 16th goal and 39th point in 64 games.

Nathan Walker, who was called up earlier in the day, ended up providing the game-winning goal. He has five goals and six points in 10 contests.

Brayden Schenn found the back of the net and registered two assists. That gives him 19 goals and 45 points in 47 games.

Tom Wilson scored a goal and registered an assist for the Capitals. He has 19 goals and 44 points in 61 games.

Sebastian Aho netted the game-winning goal. It was his 28th marker and 62nd point in 60 games.

Seth Jarvis assisted on two of the Hurricanes’ three markers. That gives him 10 goals and 24 points in 49 contests.

Alex Killorn found the back of the net for Tampa Bay. He’s up to 19 goals and 49 points in 62 games.

Andrei Vasilevskiy stopped 38 of 41 Hurricanes shots. Two of the three goals he surrendered were scored during Carolina power plays.

Joel Farabee scored a goal and registered an assist for the Flyers. Travis Konecny and Kevin Hayes each assisted on two of the three goals.

Tyler Bertuzzi scored a goal and registered two assists for the Red Wings. That gives him 25 goals and 52 points in 52 games.

Carter Hart stopped 25 of 29 shots last night. He surrendered two goals in each of the first two periods.

Semyon Varlamov stopped all 24 Senators shots. This was his first shutout of the season and the 35th perfect game of his career.

Scott Mayfield scored the game-winning goal and registered an assist. He has three goals and 18 points in 61 contests.

Brock Nelson assisted on all of the Islanders’ goals. He has 27 goals and 42 points in 52 games.

Anton Forsberg kicked out 24 of 26 shots on Tuesday. He actually had a shutout going into the third period, but as noted above Mayfield broke the scoreless tie at 9:49 of the final frame.

William Carrier accounted for six of those shots on Hellebuyck. Carrier was also credited with one hit in 13:15 minutes.

Pierre-Luc Dubois scored the first and therefore game-winning goal. It was his 25th goal and 49th point in 63 contests.

Nikolaj Ehlers and Mark Scheifele each contributed a goal and an assist. Blake Wheeler and Kyle Connor each assisted on two of the Jets’ four goals.

Jason Robertson, Joe Pavelski, Roope Hintz, and Tyler Seguin each scored a goal and registered an assist for Dallas. In Pavelski’s case, he had 24 goals and 64 points in 62 contests.

Denis Gurianov accounted for the game-winning goal. It was his 11th goal and 29th point in 58 games.

At the other end of the ice, Mikko Koskinen saved 23 of 27 shots. The Oilers had a 3-2 lead in the third period, but Koskinen allowed back-to-back goals within the span of just 24 seconds. Dallas’ final goal was scored on an empty net.

Connor McDavid assisted on two of the Oilers’ three goals. He has 35 goals and 93 points in 63 games.

Mikael Backlund scored a goal at 4:08 of the second period. His marker gave the Flames a 3-1 lead, but things went downhill for Calgary after that.

Logan Couture netted the game-winning goal. He’s up to 21 goals and 47 points in 59 games.

Alexander Barabanov contributed a goal and an assist for San Jose. That gives him 10 goals and 34 points in 55 contests.

Philipp Grubauer turned aside 24 of 26 shots last night. One of the two Arizona goals were scored during a power play.

Carson Soucy scored two goals, including the game winner. He’s up to nine goals and 16 points in 46 games.

Morgan Geekie scored a goal and registered an assist for the Kraken. That gives him five goals and 18 points in 57 contests.

Nick Schmaltz netted a power-play goal for Arizona. He has 19 goals and 43 points in 44 games.

Karel Vejmelka saved 35 of 39 Kraken shots. Most of the damage came in the second period where he surrendered three goals on 14 shots.

Roman Josi assisted on the Predators’ only goal. That extended his point streak to 11 contests.

At the other end of the ice, David Rittich kicked out 29 of 34 shots. He was beaten three times on 14 shots in the first period.

Quinton Byfield scored two goals and registered an assist for Los Angeles. That gives him four goals and seven points in 25 games.

Adrian Kempe found the back of the net twice for the Kings. He’s up to 28 goals and 39 points in 62 contests.