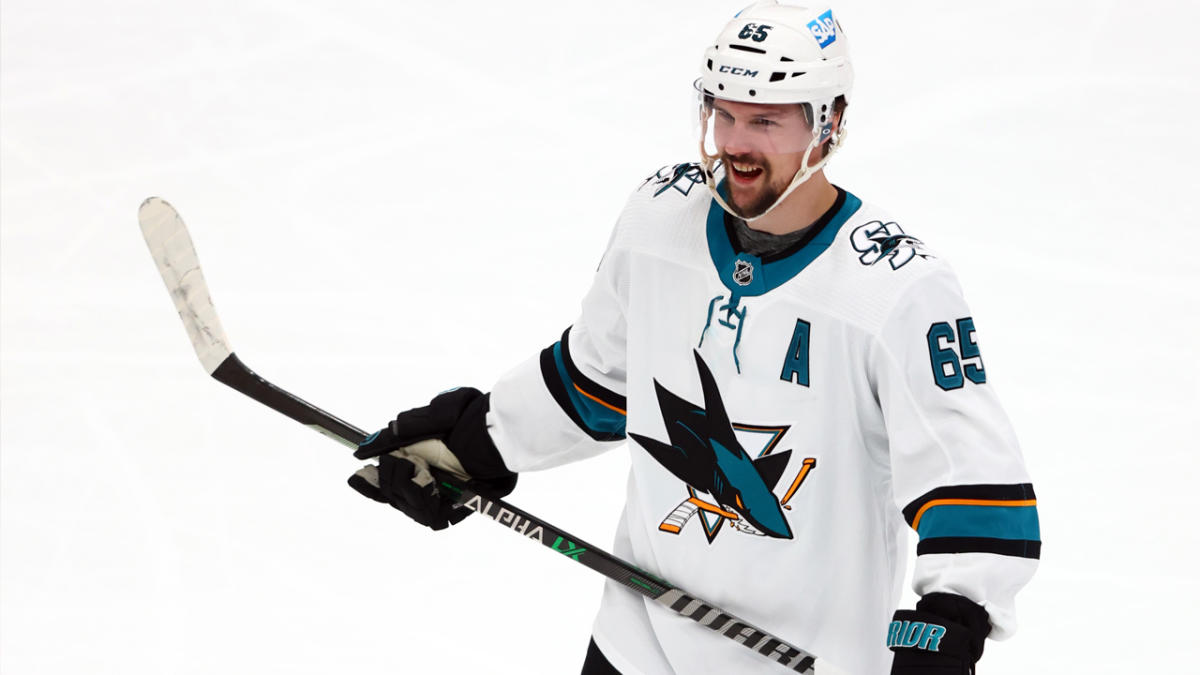 For a third straight season, they missed the playoffs, a franchise first.

So how will San Jose avoid a fourth consecutive campaign not in the post-season?

These are five things the Sharks will need to make the playoffs.

Last year, the Sharks were the third-most anemic scoring group in the NHL with 2.57 goals per game.

They were tied for the fewest 15-plus goal scorers in the league – Timo Meier, Tomas Hertl, Logan Couture, and Nick Bonino – along with the cellar-dwelling Arizona Coyotes, Buffalo Sabres, Chicago Blackhawks, Philadelphia Flyers, and Seattle Kraken.

That has to change for the Sharks to sniff the post-season. Only three playoff clubs last year – the New York Rangers, Dallas Stars, and Los Angeles Kings – weren’t in the top half of the NHL in scoring.

The Stanley Cup-winning Colorado Avalanche, by the way, featured nine 15-plus goal scorers.

While new GM Mike Grier didn’t add any prolific goalscorers this summer, veteran acquisitions like Luke Kunin and Oskar Lindblom do have a track record with putting the biscuit in the basket. Besides Meier, Hertl, Couture, and Bonino – Kunin, Lindblom, Kevin Labanc, Matt Nieto, and Erik Karlsson have potted 15 or more goals in a season.

What will also help the Sharks score more goals?

San Jose has had the eighth-worst power play in the NHL over the last three years.

While the Sharks didn’t bring in any clear power play help, except perhaps for Labanc, who missed most of last year with a shoulder injury, they have tapped not one, but two assistant coaches in Brian Wiseman and Scott Gordon to turn around their man advantage. Wiseman and Gordon have helped coach top-10 power plays with Connor McDavid’s Edmonton Oilers and Phil Kessel’s Toronto Maple Leafs in recent years.

Part and parcel with a hopefully recharged power play, the Sharks need Karlsson to reclaim his mantle as a Norris Trophy-caliber defenseman. The last time, however, that the two-time Norris winner played at this level was the middle of the 2018-19 campaign, his Sharks debut.

For what it’s worth though, Karlsson skated to a quick start last season, before a January forearm injury took him out for most of the rest of the year. Through Jan. 20, the Swedish star was 12th among NHL defensemen at 0.79 points per game.

If – and it’s a big if, considering the 32-year-old has missed significant portions of three of the last four seasons because of injury – but if Karlsson can turn back the clock with that type of scoring rate for an entire healthy campaign?

Like it or not, Karlsson is the Sharks’ most expensive player – and still, their most important.

So let’s say Karlsson can stay healthy and consistently good.

The Sharks will still need another surprise top-four blueliner or two to emerge from their crop of veteran and young defenders.

Leaguewide, Karlsson and Mario Ferraro are the Sharks’ only defensemen widely considered to be top-four caliber.

I wouldn’t bet on it.

It’s been a couple seasons since the 35-year-old Vlasic has soaked up that much ice time, and Simek, Nutivaara, Benning, and Megna have never played that much.

That’s also a lot to ask of a green, inexperienced defender.

But stranger things have happened.

The Sharks will need to tie it all together with at least league-average goaltending from likely both Kaapo Kahkonen and James Reimer to qualify for the postseason.

Last year, 12 of the 16 playoff clubs had league-average netminding or better.

Based on raw save percentage and Evolving Hockey’s Goals Saved Above Expected, Kahkonen and Reimer performed at roughly a league-average level last season.

If Kahkonen and Reimer can replicate (or improve) that – and the Sharks can conjure up more scoring, a better power play, a healthy Karlsson, and another legit top-four blueliner or two – they might surprise yet.