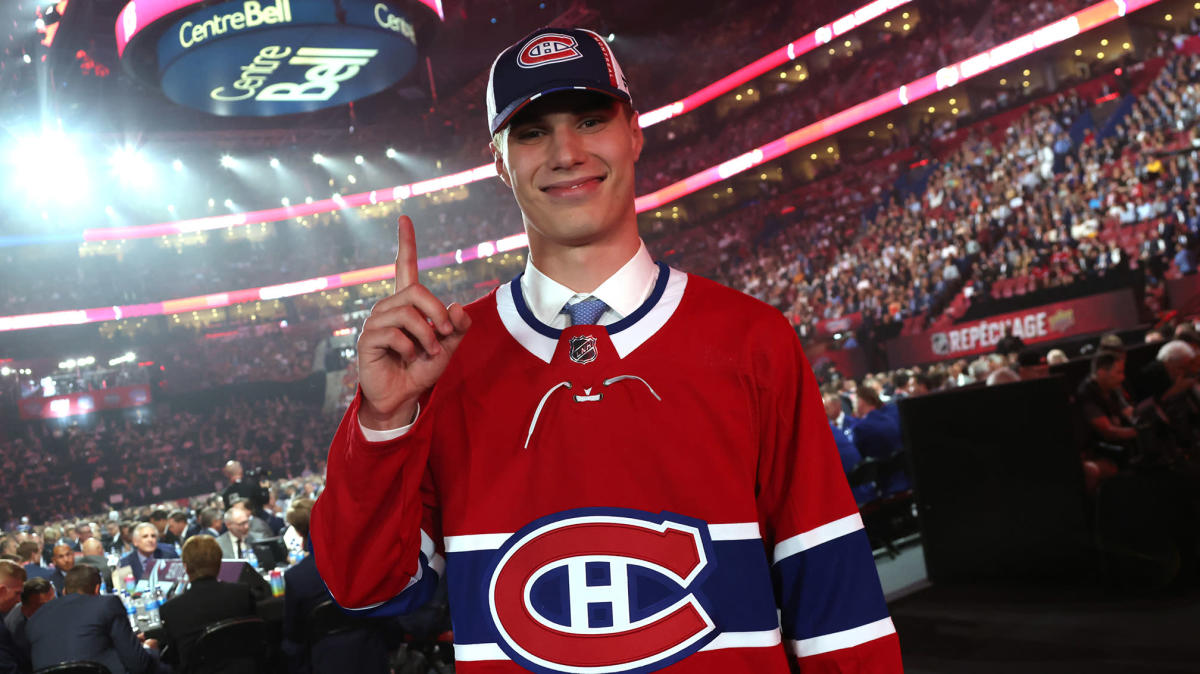 Editor’s Note: Now, all our premium tools for Fantasy, DFS and Betting are included in one subscription at one low price. Customers can subscribe to NBC Sports EDGE+ monthly for $9.99. Click here to learn more!

Welcome to our 2022-23 Preview series. In each article we’ll be focusing in on a different team, reviewing how they did last season, what their summer has been like, and what their outlook is for the 2022-23 campaign.
We’ve already covered the Florida Panthers, Toronto Maple Leafs, Tampa Bay Lightning, Boston Bruins, Buffalo Sabres, Detroit Red Wings, and Ottawa Senators so let’s conclude our look at the Atlantic Division today by examining the Montreal Canadiens.

Going into the campaign, the Canadiens were something of an X-Factor. They made it to the Stanley Cup Final in 2021 and that commanded a certain level of respect. However, that playoff run was largely fueled by Nick Suzuki, Tyler Toffoli, Cole Caufield, and Corey Perry leading the team offensively, Shea Weber driving the defense, and Carey Price playing some of his best hockey between the pipes.

Before the 2021-22 campaign even began, the Canadiens knew that Weber probably wouldn’t be able to ever play again, and Price’s status for the upcoming campaign was very much in question. Without going into too much detail about Price in 2021-22, which could be an article on its own, he ultimately started in just five games, so the Canadiens lost both an elite goaltender and top-tier defenseman.

Perry was also gone, having signed with the Tampa Bay Lightning, and initially Caufield struggled terribly. Even Suzuki and Toffoli were leaving something to be desired. Through Feb. 8, Montreal was the second worst team in the league offensively at 2.20 goals per game and the easiest team in the league to score on at 3.98 goals against per game. Under those circumstances it’s not surprising that Montreal had a league-worst 8-30-7 record up to that point.

The next day Montreal decided it was time to fire head coach Dominique Ducharme. While not everything could be blamed on him, it’s clear that he deserved some of the blame for the Canadiens woes, especially when measured against the performance of his successor, Hall of Famer Martin St. Louis.

They still finished with the worst record in the NHL, but at least Canadiens fans were given some reason to be optimistic about the direction of the team.

How has their summer gone?

They’ve been creative. First off, they dealt Shea Weber, who isn’t expected to play again, to the Vegas Golden Knights in exchange for Evgeni Dadonov. Vegas has been desperate for cap relief, and they got it in this deal. Weber they can just place on the LTIR while Dadonov has one season left on his contract at a $5 million cap hit. Dadonov provides the Canadiens with another solid top-six forward to add to the mix.

Not content to settle things there, the Canadiens dealt fan favorite Alexander Romanov and a 2022 fourth-round pick (Isaiah George) to the Islanders for the 13th overall selection (Frank Nazar), which they could then bundle with a third-round pick (Gavin Hayes) in order to get Kirby Dach. Losing Romanov hurts. He was a young, physical defenseman who was getting top-four minutes last season, but Dach is a 21-year-old forward with a lot of offensive upside, so it could work out for the Canadiens in the long run.

Finally, Montreal dealt Jeff Petry to Pittsburgh, fulfilling the veteran defenseman’s request. The main return the Canadiens got was defenseman Mike Matheson. He’s not Petry, but he does contribute offensively from the blueline. He scored 11 goals and 31 points in 74 games last season.

When it came to the draft itself, the Canadiens had the first overall pick and went with the surprise choice of Juraj Slafkovsky. Shane Wright, who some thought would be taken with the top pick, ended up slipping to fourth. It will be very interesting to see how that plays out over the years to come.

The Canadiens haven’t made any noteworthy UFA signings, but with all that’s gone on this summer, it’s fair to say that the team looks different now.

The Canadiens are going into the season with a lot of X-Factors. Will Dach take a step forward under St. Louis’ guidance? Will Slafkovsky be able to jump straight into the NHL and shine? Can Caufield build off his explosive finish to the season? What about Price? At his best, he can practically win some games on his own, but is he even going to be an option next season, or will his health keep him out of the lineup?

Even if everything breaks the Canadiens’ way though, they’re in for a tough season. In the Atlantic Division, Tampa Bay, Florida, and Toronto remain at the top of the pack and Boston is likely going to remain up there too. Throw in the major additions that Ottawa and Detroit made over the summer and there isn’t much room for Montreal right now. Under ideal circumstances, Montreal could surprise a lot of people by competing for a Wild Card spot, but the more likely outcome is that they finish in seventh or eighth place in the Atlantic Division. In a couple years though, Montreal could be a serious playoff contender.

Darvin Ham will have the power to bench Russell Westbrook if he stays with Lakers, per report