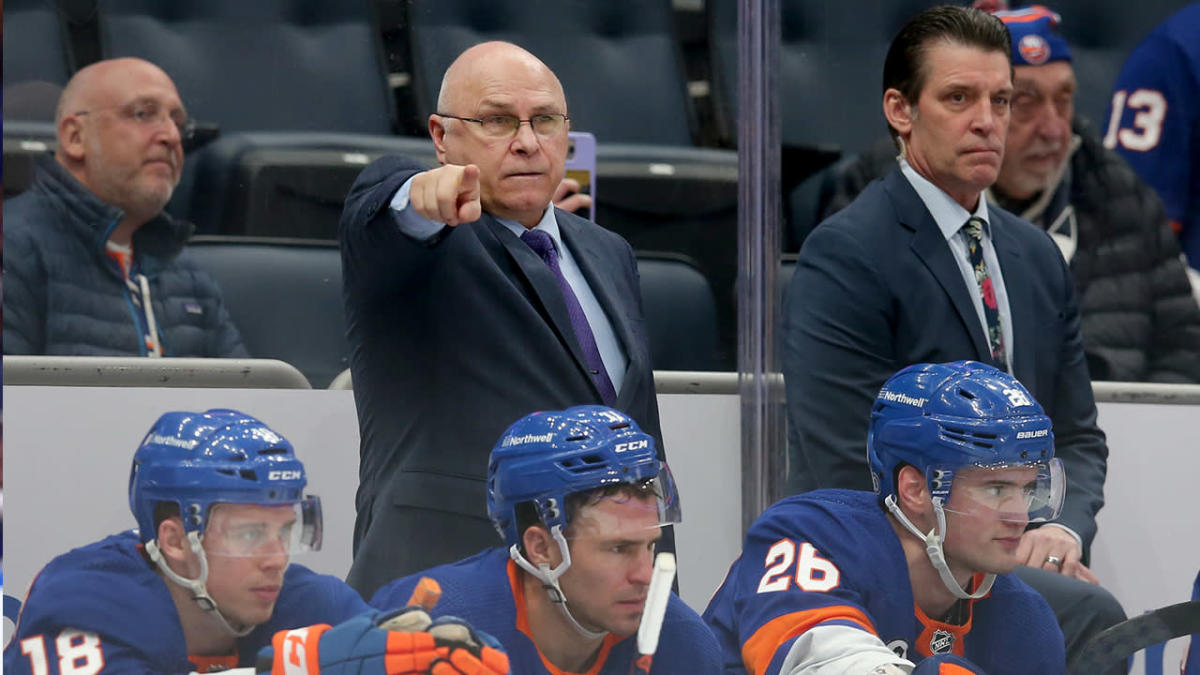 Could Barry Trotz be a coaching option for Blackhawks? originally appeared on NBC Sports Chicago

Some eyebrow-raising news dropped on Monday morning after the New York Islanders announced they fired head coach Barry Trotz, who is the third-winningest bench boss in NHL history. He had one more year left on his contract.

Trotz, 59, was hired by New York in the summer of 2018 after guiding the Washington Capitals to a Stanley Cup victory and quickly turned an Islanders franchise that was statistically the worst defensive team in the league into the very best in just one year. It was a remarkable turnaround.

Trotz then led the Islanders to consecutive Conference Final appearances in 2020 and 2021, and should have been in the mix to come out of the Eastern Conference this season again but failed to qualify for the playoffs, although it felt more circumstantial than anything. The Islanders were decimated with COVID-19 absences and opened the season on a 13-game road trip because their arena wasn’t ready, which is probably the biggest reason for their 8-12-6 start.

But from Dec. 7 and on, the Islanders went 32-25-6 over 62 games for a points percentage of .556, which was the eight-best mark in the East during that span. They would’ve been a playoff team if they didn’t stumble out of the gates.

Now that Trotz is on the market, a lot of NHL teams will certainly reassess their own situation and explore the idea of bringing in a future slamdunk Hall of Famer. The Blackhawks are undoubtedly going to be one of them, but it doesn’t feel like there’d be a mutual fit.

The Blackhawks are about to embark on a rebuild, and I’m not sure Trotz will have much of a desire to sign up for that because this will likely be a longer-term project. It will also be a bidding war for Trotz’s services, so you have to figure a contender that’s knocking on the door of a Stanley Cup will give him a blank check if they view him as the missing piece and offers a more appetizing situation.

I also thought it was noteworthy to hear GM Kyle Davidson’s comments about how he wants his teams to play moving forward. While he’s going to leave the specific system up to the permanent head coach, Davidson mentioned multiple times in his end-of-season press conference last week that they’re looking to play an “up-tempo” style with “speed” players.

That, to me, sounds like someone who wants his teams to resemble the current Colorado Avalanche or 2009-15 Blackhawks, whose identity is to beat you off the rush and dominate the puck possession game as opposed to winning low-scoring affairs by structuring you in the defensive zone to death.

The Blackhawks are hoping to have a permanent head coach in place by mid-July at the latest, which is right around the NHL Draft and free agency. Interim head coach Derek King remains a candidate for the job.