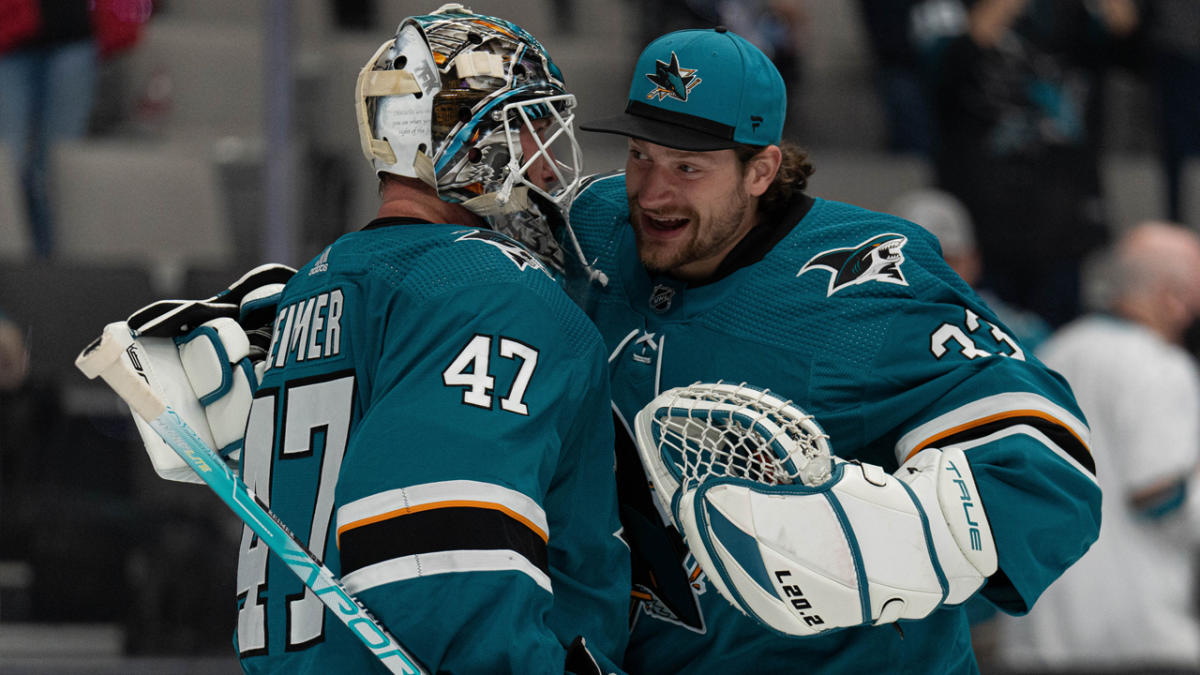 The Sharks have finally traded one of their three NHL goalies.

Here are some quick thoughts on the swap.

First, the return was appropriate, you can argue actually better than expected.

Yes, the Sharks forked over a 2022 second-round pick for Hill last off-season. That was his value back then.

But this is now. Hill, plagued by inconsistency, did not seize the No. 1 job between the pipes in San Jose at the beginning of the season. Then, he got hurt, making only one appearance in the last three months of the year because of a nagging lower-body injury.

Of course, a 2024 fourth-round pick isn’t a 2022 second-rounder, but ask yourself — did Hill raise, hold, or diminish his value last season?

Keep in mind too that goalie returns in this summer’s trade market haven’t been robust. Case in point, Vitek Vanecek went from the Washington Capitals to the New Jersey Devils for a 2022 third-round pick and a swap of 2022 second-rounders (the Capitals gained nine spots in the second round). Also, the St. Louis Blues came away with just a 2022 third for Ville Husso from the Detroit Red Wings.

A depressed trade market for goaltenders might also explain why the Sharks couldn’t get a second-round pick for James Reimer, which San Jose Hockey Now reported was a recent asking price.

So general manager Mike Grier got what he could. Based on this summer’s market and Hill’s performance last season, he wasn’t getting a second or a third-rounder for him.

Grier also cleared up his logjam in goal. It was possible, but it wasn’t ideal for the Sharks to the start the season with Kaapo Kahkonen, Reimer, and Hill on the roster.

It stings to lose the initial Hill trade, but that’s for former GM Doug Wilson to wear, not Grier.

It’s also on Sharks director of goaltending Evgeni Nabokov too. More likely than not, Wilson acquired Hill with some consultation from Nabokov last off-season. We’ll see if Nabokov called it right this time between Kahkonen and Reimer.

For what it’s worth, just because Hill struggled last season, it doesn’t mean that he can’t bounce back this year. While I have spoken with a few sources who were surprised that the Sharks parted with a second-rounder for Hill in the first place, he’s clear a talented keeper of some value. Otherwise, San Jose and Vegas both would not have come knocking for his services.

There is even an argument that the Sharks should’ve traded the older, more established Reimer over the younger Hill. In theory, you get a higher draft pick for Reimer – maybe a third – and Hill stays healthy and fulfills his upside in teal.

But the Sharks went a different direction.

Between Reimer ($2.25 million AAV) or Hill ($2.175 million), the Sharks cleared about the same amount of cap space. Will they put the money to good use and add to the roster?

Finally, I know there’s some consternation from fans about aiding a bitter division rival. And all things being equal, if say the Boston Bruins were offering the same fourth-rounder as Vegas was, of course take Boston’s. But all things weren’t equal — there aren’t a lot of teams looking for a netminder right now.

It’s a win-win trade for both sides: The Golden Knights add much-needed goaltending depth, and the Sharks clear an overcrowded crease and cap space, all while getting about the most they were going to get for Hill right now.