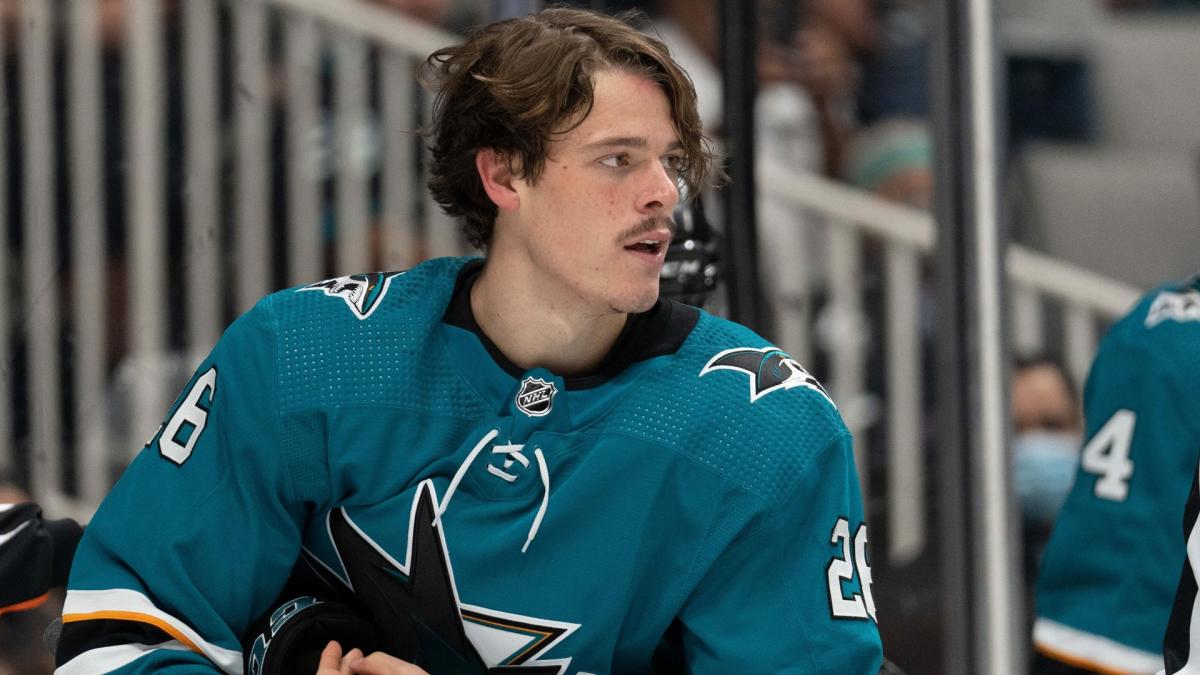 The Sharks are entering a new era with Mike Grier taking over as general manager this offseason, and one of his first significant moves was hiring David Quinn to be San Jose’s new coach.

Ahead of Sharks training camp, NBC Sports California’s Brodie Brazil spoke with centerman Jasper Weatherby on the franchise’s mentality as it turns a new page in preparation for the 2022-23 NHL season.

“I think that something that’s been evident since Grier came in was high compete, high energy,” Weatherby told Brazil. “That’s something I’m trying to bring every day and work again to increase the motor speed that you can go at.

“Make sure every shift is hard competitive, here to compete. So I think it’s going to start from day one of training camp and hopefully push through throughout the season.”

Weatherby believes that instilling the right mindset can help San Jose end a three-year playoff drought, which is a significant time for the franchise, as from 2000 to 2019, the Sharks missed the postseason twice.

The Sharks finished the 2021-22 season with 77 total points, 22 points behind the third-place Los Angeles Kings. The 24-year-old elaborated on elements the team will use to create an identity and fight for a playoff spot despite many new faces.

“I think it’s a team environment of competing every night, showing up with your best, you know, working hard,” Weatherby said.

“Obviously, it’s an 82-game season, and so there’s going to be ups and downs, and ‘how can we stick together and push forward?’ And if you’re there to compete every night, you bring your best, good things happen.”

The Sharks are in a tough Pacific Division that saw the Calgary Flames win the division with the Edmonton Oilers and Kings finishing second and third, respectively, to qualify for the 2022 Stanley Cup Playoffs.

Furthermore, the Vegas Golden Knights and Vancouver Canucks hope to bounce back after a down 2021-22 season. Meanwhile, the Anaheim Ducks and Seattle Kraken hope their young talent can help the team climb out from the bottom of the division.

As a result, San Jose will have a tall task considering how many teams in the division have young talented teams — some on the cusp of challenging for a Stanley Cup — to ensure their playoff drought remains at three and doesn’t go any further.

The Sharks are hoping players like Weatherby to take that next step in their development to keep up with the teams in the Pacific.

When Red Sox are one day good again, these three players should be part of solution