He wasn’t running well. Any potential from a good race seemed fleeting. And the grind seemed to just wear him down.

When he stopped racing full time in the Cup Series, few would have thought he would return to full-time stock-car racing.

But then he ran part time in 2019 and 2020 in the Xfinity Series for Kaulig Racing, which convinced him to go full-time Xfinity racing.

With many of his Sundays off, Allmendinger appeared to have found a balance where he seemed upbeat. Winning races certainly helped.

Next year? It’s back to full-time Cup racing for the 41-year-old.

And there comes the challenge beyond trying to win Cup races: Keep from being miserable as he tries to lift a Kaulig Racing organization in its second Cup season to the point where it can consistently contend for wins.

AJ Allmendinger on driving for Kaulig in 2023 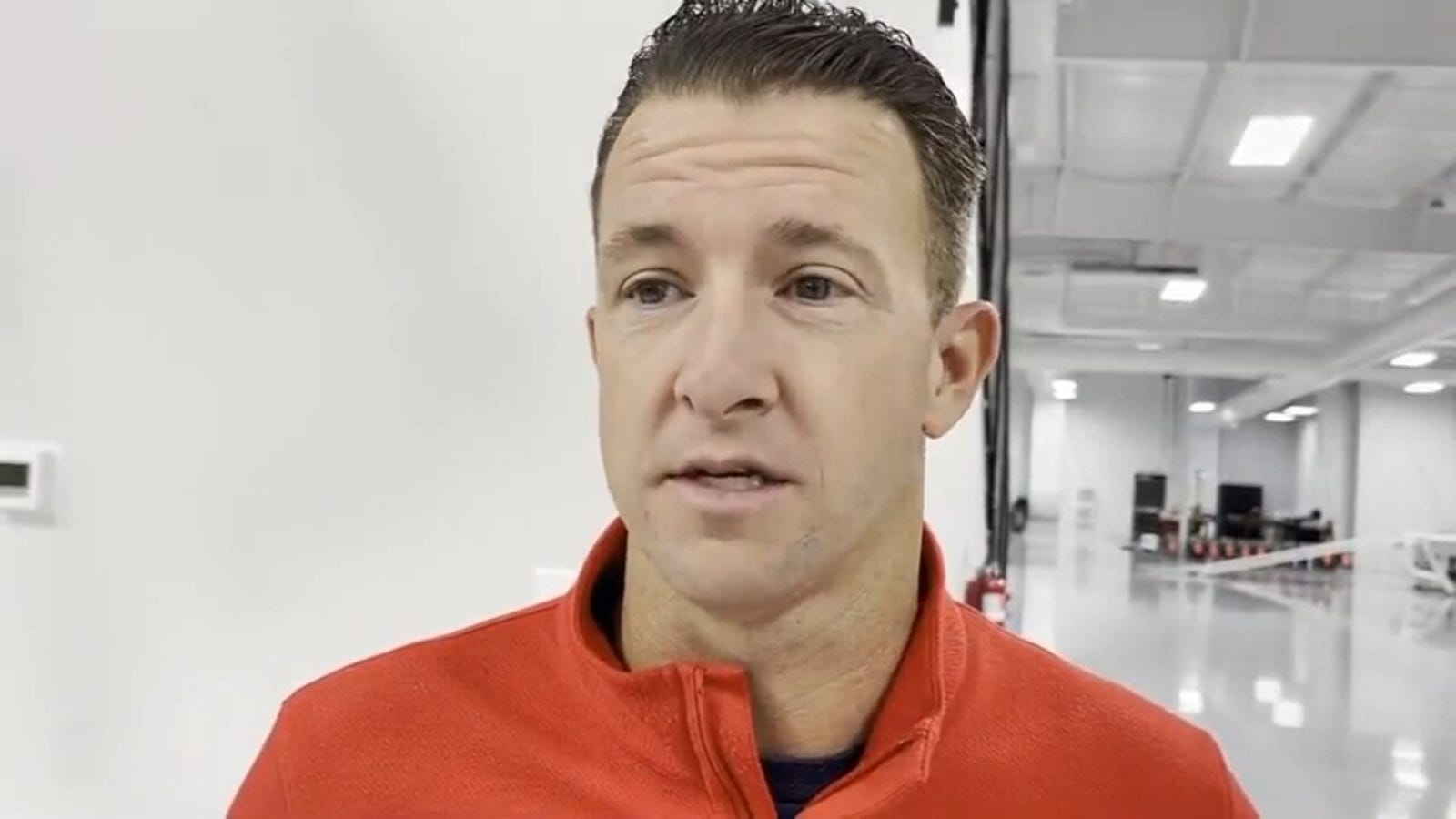 The last time AJ Allmendinger was a full-time Cup driver he seemed to be hating it. Bob Pockrass asked him how he will keep from feeling that way again as he takes over the No. 16 car full time at Kaulig Racing.

Allmendinger laughs at the question of: “How are you going to keep from hating life?”

“The biggest thing for me is that I’m completely different where I am in life,” Allmendinger said. “The passion that I have and the want to win is probably more than before because I see … the potential that is there.

“But, sure, I’m not going to sit here and lie to myself or anybody. There’s still going to be ups and downs where I’m frustrated.”

The thing is, it’s potentially no laughing matter for the opposition. Allmendinger ran nearly half the Cup schedule this year and had eight top-10s in his last 13 starts. And while one might argue that he ran mostly at his best tracks, he ranked 11th in points scored over the last five races of the year at a variety of tracks.

It is accurate to say that 2023 could be his best chance to perform since 2013, the year he started at Penske.

Allmendinger’s career is fairly remarkable since that Penske opportunity. Fired after failing a drug test for what he said was unknowingly taking an Adderall pill that a friend gave him, Allmendinger rebounded by driving for Penske in select Xfinity and IndyCar races as well as for Phoenix Racing in Cup.

He parlayed that into a five-year stint at JTG Daugherty Racing, where he won his first career Cup race in his first season there in 2014.

Allmendinger didn’t win another Cup race until 2021, when he captured the checkered flag at the Indianapolis Motor Speedway road course as part of a part-time Kaulig effort.

“I am who I am,” Allmendinger said. “I’m not going to change. It’s about winning. That’s what my life has been about — or at least being at my best.”

The difference is that Allmendinger now knows he can consistently win in a stock car. He has won 13 Xfinity races in the past four years, including 10 in the past two seasons. 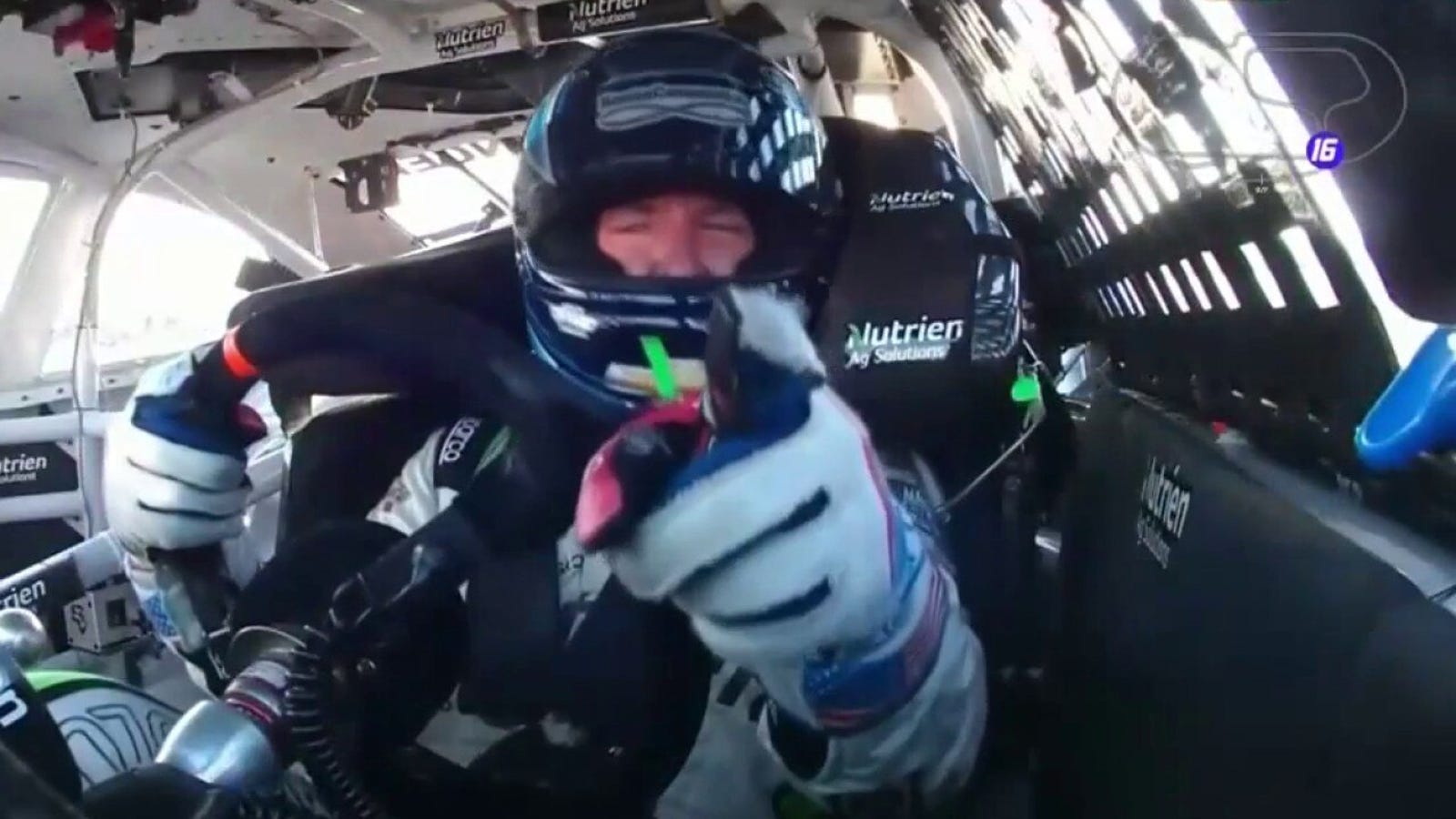 In October, AJ Allmendinger passed Ty Gibbs late to win at the Charlotte Roval in the NASCAR Xfinity Series.

That has him believing he can win again. Not only does the Cup Series have six road courses on the schedule (Allmendinger has always been strong on road courses thanks to his roots in open-wheel racing), but he has seen what Kaulig can do in Cup.

Justin Haley finished 22nd in the standings as a rookie this year, setting the foundation for a competitive two-car operation in 2023.

“What really kind of helped lead me down the decision of really wanting to do this is the places like Dover we ran pretty well, at Bristol we were pretty quick,” Allmendinger said.

“Except for the start of the year … we’ve had competitive speed. We’ve just got to keep getting better.”

The new Next Gen car is something that seems to fit into Allmendinger’s wheelhouse, and he has enjoyed racing it. Beyond that, he’s just having fun with the team owned by Ohio businessman Matt Kaulig and operated day-to-day by longtime NASCAR veteran Chris Rice.

“It really comes down to Matt and Chris — I’m hanging out with them the most, keeping it fun away from the racetrack,” Allmendinger said.

“I am so much more comfortable in my skin now and what I can accomplish because I’ve been able to accomplish that stuff in the Xfinity Series. The whole mindset is a bit different.”

Allmendinger says while there will be times when he’ll be angry, he doesn’t expect it to dominate his mood.

“I promise you I would never have even thought about doing this if I truly felt like it could go the same way and I felt like the same person I did back in the day,” Allmendinger said.

A lot was made about second chances for Ryan Preece this week, but another second chance went a little under the radar.

It’s the second chance for crew chief Chris Gayle, who worked with Erik Jones for a few years before Joe Gibbs Racing opted to pair Jones with someone else.

Gayle was assigned to Ty Gibbs for the past two years and spent his time as a crew chief in Xfinity. Gayle wanted to be a Cup crew chief and bet on himself to perform with Gibbs and work his way back into the Cup garage that way rather than leave the organization.

Working with a young driver is never easy, and Gayle’s record with Gibbs is solid. It will be interesting to see what he does with his second chance atop a pit box for JGR.

Stat of the Day

The average age of the Cup championship final four was 29 years, three months and 19 days. That was the youngest since the format began in 2014.

“This is just the beginning. If it all ends today, it’s fine. Really, if I can never race a car again, it’s OK. It was all worth it, and I’m genuinely happy.” —Ross Chastain after finishing second for the Cup championship