KANSAS CITY, Kan. — Two NASCAR Cup Series champions could find their playoffs over in just one round.

Busch also has never failed to make it out of the first round. He has missed advancing to the third (semifinal) round in just two of eight seasons.

But this year, neither driver has had the season he would like, and both have found themselves in the spotlight with their frustrations — Busch over his contract situation (he has an announcement set for Tuesday in which he is expected to make official his move to Richard Childress Racing for next year) and Harvick over what he views as a lack of urgency from NASCAR when it comes to safety.

Are their seasons spinning out of control?

Kevin Harvick on what happened at Kansas Kevin Harvick says the car just snapped on him into the wall. Plus, hear what he said about his chances to win at Bristol.

On Sunday at Kansas Speedway, it looked a bit that way. Harvick was battling for position when Bubba Wallace slid in front of him, and Harvick’s car snapped into the wall, ending his day after just 33 laps.

He finished last and now sits 35 points behind the current playoff cutoff, facing a must-win situation next weekend at Bristol.

How does he assess his chances?

“Better than most,” Harvick said Sunday.

He indicated that coming into Kansas 13 points below the cutline — last among the 16 drivers in the playoffs — had him in a win-and-in mode.

“It is what it is,” he said. “We were racing to win anyway … so that is what we will do again next week.”

Harvick is essentially the only driver on the bubble who’s in a must-win situation. The rest of the bubble could advance to the next round on points.

The NASCAR playoff system eliminates the four winless drivers with the fewest points in the three-race round. One driver, Christopher Bell, has clinched on points, and eight others likely will advance if they don’t have any issues Saturday.

The remaining seven are “on the bubble,” as Daniel Suarez is six points ahead of 13th place, Tyler Reddick and Austin Cindric are both up on the cutoff by two points, Busch is in 13th and two points behind them, and he is followed by Austin Dillon (-3), Chase Briscoe (-9) and Harvick (-35).

Busch finds himself in this position after a spin midway through the race at Kansas. He kept his car off the wall, but plowing through the grass created enough damage that he didn’t have great pace. He finished 26th and carries no momentum into Bristol.

But so what? Busch has won eight times on the Bristol concrete and once on the dirt there. In the spring, he took advantage of a Briscoe-Reddick tangle on the final lap for the win. That was certainly the luckiest part of his season.

Will he need some luck this weekend? Or with eight career victories at Bristol, can he feel good about the race Saturday?

“Not with the luck of this year, absolutely not,” Busch said. “Nope. I’ll go try hard, and if what Bristol has always been to me occurs, we’ll be fine.

“But with the way this year has been, if that occurs? It’s going to be ugly.”

Kyle Busch on trying to advance in the playoffs

Kyle Busch discusses his spin Sunday and his outlook on trying to advance at Bristol as he sits a couple of points below the cutoff after Kansas.

The other surprise on the bubble is Reddick, a two-time winner this year. He also wrecked out at Kansas and now finds himself on the brink.

“Bristol is an unknown,” Reddick said. “We’ve run good there from time to time. … We’re going to do everything we can to bring the best car possible to Bristol.”

“We basically schedule the cars so it’s most effective and efficient for shop flow, more so than performance,” Chase Elliott crew chief Alan Gustafson said.

Tyler Reddick: No warning tire was going down 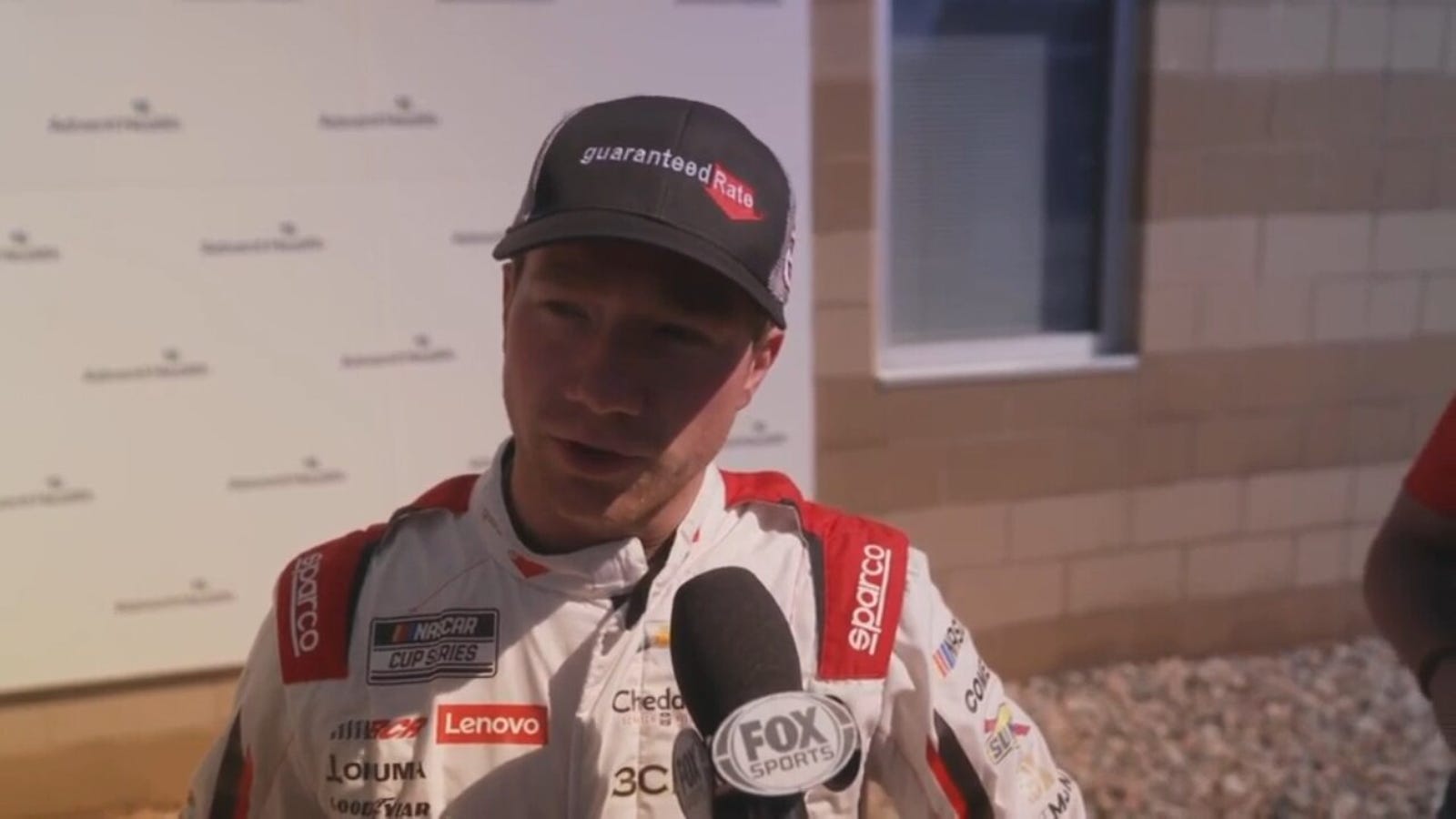 Tyler Reddick describes the tire issue that led to his wreck at Kansas and assesses his chances to advance at Bristol.

Both Harvick and Busch know what that is like. And they know how to put any distractions aside.

Busch will be tested with that again this week, with his announcement that he has eight races left with Joe Gibbs Racing.

“I’m a racer. That’s all I know, so when I get to the racetrack every weekend, I put my helmet on, and that’s what I focus on is just being by myself,” Busch said.

“I do my best work inside that car, and I don’t have to think about anything other than making that car go fast.”

Going to North Wilkesboro for the NASCAR All-Star Race is a great move. The only question is whether 2023 is a year too early.

NASCAR’s 75th anniversary season makes it appropriate to race there for the first time since 1996. But there is also a lot of work to be done at the facility.

NASCAR and Speedway Motorsports know they need to be aggressive in getting things done, but unfortunately not many details of the plans were included in the announcement Thursday because the federal funds being used to improve the facility are still in the process of allocation.

The biggest key will be making sure they don’t add grandstands and sell more seats than they have the ability to park cars and get people in and out in a reasonable time. The last thing NASCAR needs is a big traffic problem and people missing a race — or getting there and not having the facility operate smoothly.

The last time a car number won two races at the same track in the same season with two different drivers was the Wood Brothers’ No. 21 in 1972, when AJ Foyt won the Daytona 500 and David Pearson won the Firecracker 400 at Daytona.

“True fans that are out there, thank you, guys. I love you. It’s been a tough road. You guys are the best. Let’s keep this train rolling.” — Bubba Wallace