Ryan Preece turned away rides in NASCAR’s developmental series over the past couple of months knowing that he possibly could drive the Stewart-Haas Racing No. 41 Cup car in 2023.

It was far from a certainty, but his funding was coming together, and he knew that SHR might consider a change from driver Cole Custer. Preece would be a natural candidate as the current SHR reserve and simulator driver.

Team owner Gene Haas even said a month ago that team co-owner Tony Stewart wanted to give Preece a shot while Haas wanted to give Custer another year in Cup.

With no guarantees, Preece also knew that he could be left without a ride or a season similar to 2022, when he made a few Cup starts, a few Xfinity starts and a handful of truck starts.

“There were quite a few different teams that came to me, whether they were full-time or part-time, and I thought about if there was the smallest bit of opportunity for me to end up at Stewart-Haas, I wasn’t going to walk away,” Preece said.

Ryan Preece on moving to Stewart-Haas Racing in 2023

Ryan Preece said he turned down some potential rides in Xfinity and trucks, hoping he would land the SHR No. 41 Cup car. He explains why he did and why he thinks he can win at SHR.

His patience was rewarded this week as SHR opted to have Preece replace Custer in the Cup Series next season. Custer will drive in the Xfinity Series for SHR next year as SHR expands to two cars.

The 32-year-old Preece has two wins in the Xfinity Series and two wins in trucks in a combined 74 starts. So he knows how to win, but it has been a struggle in stock cars for the 2013 NASCAR Modified Series champion.

Preece returns to a series in which he hasn’t had much success. He posted two top-5s and nine top-10s in three years at JTG Daugherty Racing, finishing 26th, 29th and 27th in the standings.

“Ryan Preece has been a real asset to our race team this year as we’ve developed the [new-in-2022] Next Gen car,” Stewart said. “The time and effort he’s put into our program, combined with his real-world racing experience, earned him this opportunity.”

Preece is used to making unconventional moves. After driving for JD Motorsports in Xfinity in 2016, he drove a partial schedule of just four Xfinity races in 2017 while returning to modifieds full time. But those four Xfinity races were for Joe Gibbs Racing, and he finished top-5 in all four, including winning once.

That helped him increase his schedule in 2018 to 15 Xfinity races before landing the Cup ride at JTG. After three years and more frustrating days than glimpses of hope, Preece found himself without a Cup ride and opted for the SHR reserve role in 2022.

Now all Preece has to do is win and perform. That’s much easier said than done — Custer has 12 career victories across Xfinity and trucks but struggled with one Cup win his rookie year and only five top-10s in the past two seasons.

Preece is with an organization that does have much more depth (four teams instead of the two that JTG Daugherty had at the time with Preece) as well as more manufacturer support.

“I’ve learned what I need as a race car driver in order to communicate or get the most out of the people that are working with me or what I can do better,” Preece said.

“So it’s a second chance, but at the same time, there’s a lot to be said for having [manufacturer] support and having Ford Performance in your corner. Everything that they bring to our table creates a great opportunity for myself.”

Ryan Preece holds off Smith, Hocevar to win at Nashville 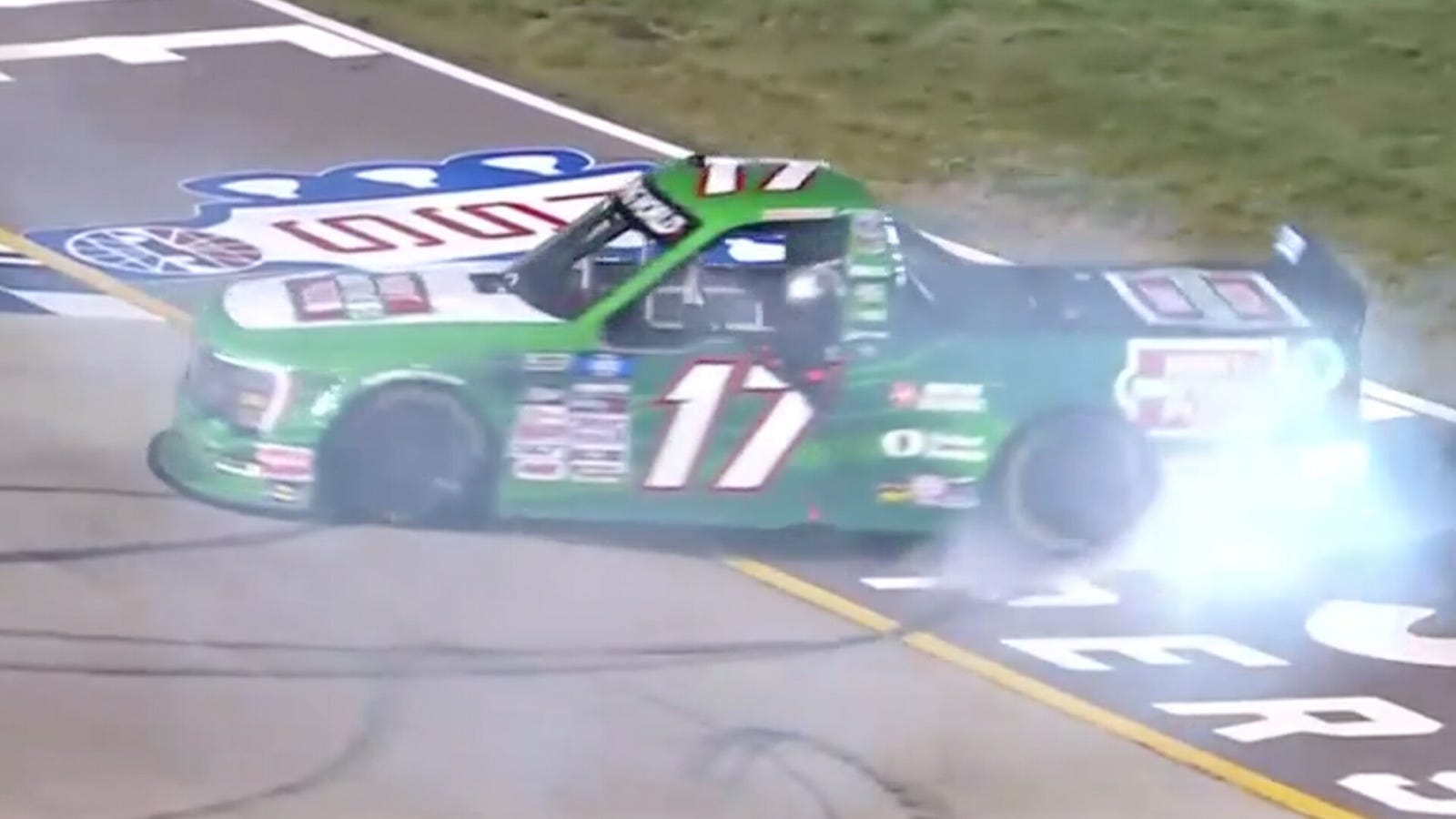 Preece said his crew chief is still to be determined.

“I’m pretty sure that there were a lot of people that are really close to me that thought I was crazy a month-and-a-half ago — where people are asking you to drive their race cars and you’re basically saying, ‘I can’t walk away from [SHR]. I’m not willing to do that,'” Preece said.

“I’m not going to look in the mirror and wonder. … To me, it made perfect sense. I hoped for the best and I did all the things that I felt like I could do to help push it along and, at the end of the day, it took everything and everyone to make it happen. And it’s happened.”

With Joe Gibbs Racing making it official that Ty Gibbs will drive full time in Cup next year, it sets up a solid Rookie of the Year battle between Gibbs and Petty GMS driver Noah Gragson.

The drivers don’t like each other, so that will make it even more of a nice rivalry to follow.

At least that is the hope. NASCAR now determines rookie status on a case-by-case basis. Both Gibbs and Gragson should be granted that status. Gibbs had 15 Cup starts in 2022; Gragson had 18. This will be the first time those drivers earn points in the series.

NASCAR has had various rookie standards, but in general it didn’t want to disqualify anyone. But it shouldn’t be a guessing game — it should be clear to everyone who will be declared rookies.

The simple solution? Any driver who has not competed in 67% of the races in any season in the series should be eligible (with the caveat that a driver can only declare once for rookie status in the series). If NASCAR is concerned about a driver doing several years of partial schedules, then cap it at, say, 50 races.

“He is a talented, talented young man, and he’s going to do some great things in the sport.” —Toyota Racing Development President David Wilson on Ty Gibbs

Judge or Ohtani? What MVP race says about WAR.