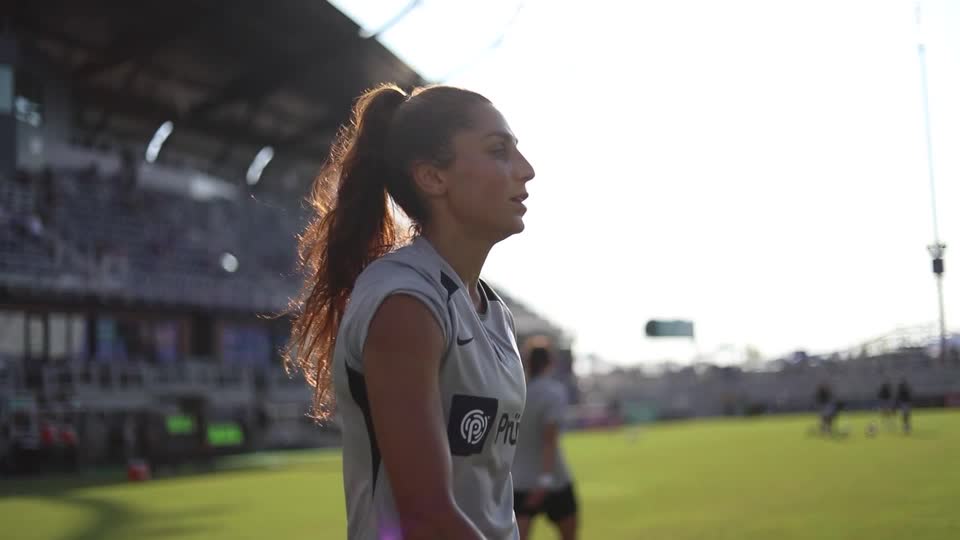 Nadia Nadim fled Afghanistan in 2000 and now she is a professional soccer player with Louisville Racing FC in the United States.

“We fled the country because after the Taliban gained power, they killed my dad who was a general in the Afghan army and it made it very, very hard for us to have a life and see a future.”

Nadim’s family was smuggled through Pakistan and on to Italy, before finally arriving at a refugee camp in Denmark.

“That’s also where I fell in love with the game of football because the refugee camp was close to a football club. And yeah, from then, I started the life that I know right now.”

Concern over whether women in Afghanistan will be allowed to play sports has once again grown since the Taliban took over her native country last month.

Australian broadcaster SBS quoted a Taliban representative saying he did not think women would be allowed to play cricket because it was “not necessary”.

“It just blows my mind that these kinds of rules or these people exist who can take away your freedom to be happy. Because football for me, well sports in general, is something that makes you happy, teaches you a lot about yourself.”

The representative reportedly said it would be against Islam if female players faced a situation where their face and body might be “uncovered.”

In response, Australia’s cricket board on Thursday (September 9) aid it will scrap a planned test match against the Afghanistan men’s team if the Taliban rulers do not allow women to play the sport.

Nadim said she was glad to see international sporting bodies putting pressure on the Taliban.

But she was not convinced it would have much of an effect.

“I’m very pessimistic when it comes to that point and them running the country. I think they’re gonna do a lot of harm and they’re gonna probably ruin generations in the future.”