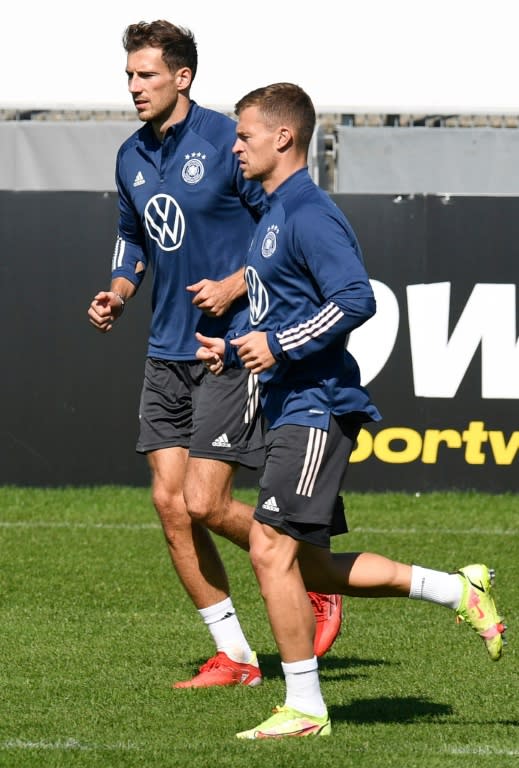 Leon Goretzka has penned a new deal to stay at Bayern Munich until 2026, it was announced Thurdsday, following on from his Germany team-mate Joshua Kimmich who has also committed to the defending Bundesliga champions.

Goretzka was out of contract at the end of the season, but the midfield enforcer has committed to another five years, just weeks after national team-mate Kimmich extended his Bayern deal until 2025.

“We are very happy that Joshua Kimmich and Leon Goretzka form the heart of our team,” said sports director Hasan Salihamidzic.

Since joining Bayern from Schalke three years ago, Goretzka, 26, has forged a midfield partnership with Kimmich for Germany and Bayern, winning three back-to-back Bundesliga titles and the Champions League in 2020.

Goretzka has scored 25 goals in 118 games for Bayern and wants more success with Munich, who are chasing a tenth consecutive Bundesliga title.

“With FC Bayern, we have won everything there is to win in the last three years, but even nicer than winning titles is to repeat these successes,” he said.

“We want to build on that in the next few years.

“The team, the club and the environment are not only highly professional, but also familiar.

“I am very happy to extend my contract early until 2026.”

The resigning of Kimmich and Goretzka means Bayern have locked in most of the stars for the coming seasons.

France defenders Benjamin Pavard and Lucas Hernandez have contracts until 2024, while Leroy Sane and Alphonso Davies have deals until 2025, while Jamal Musiala, 18, is committed until 2026.

At the end of the season, France midfielder Corentin Tolisso and Germany defender Niklas Suele are out of contract.