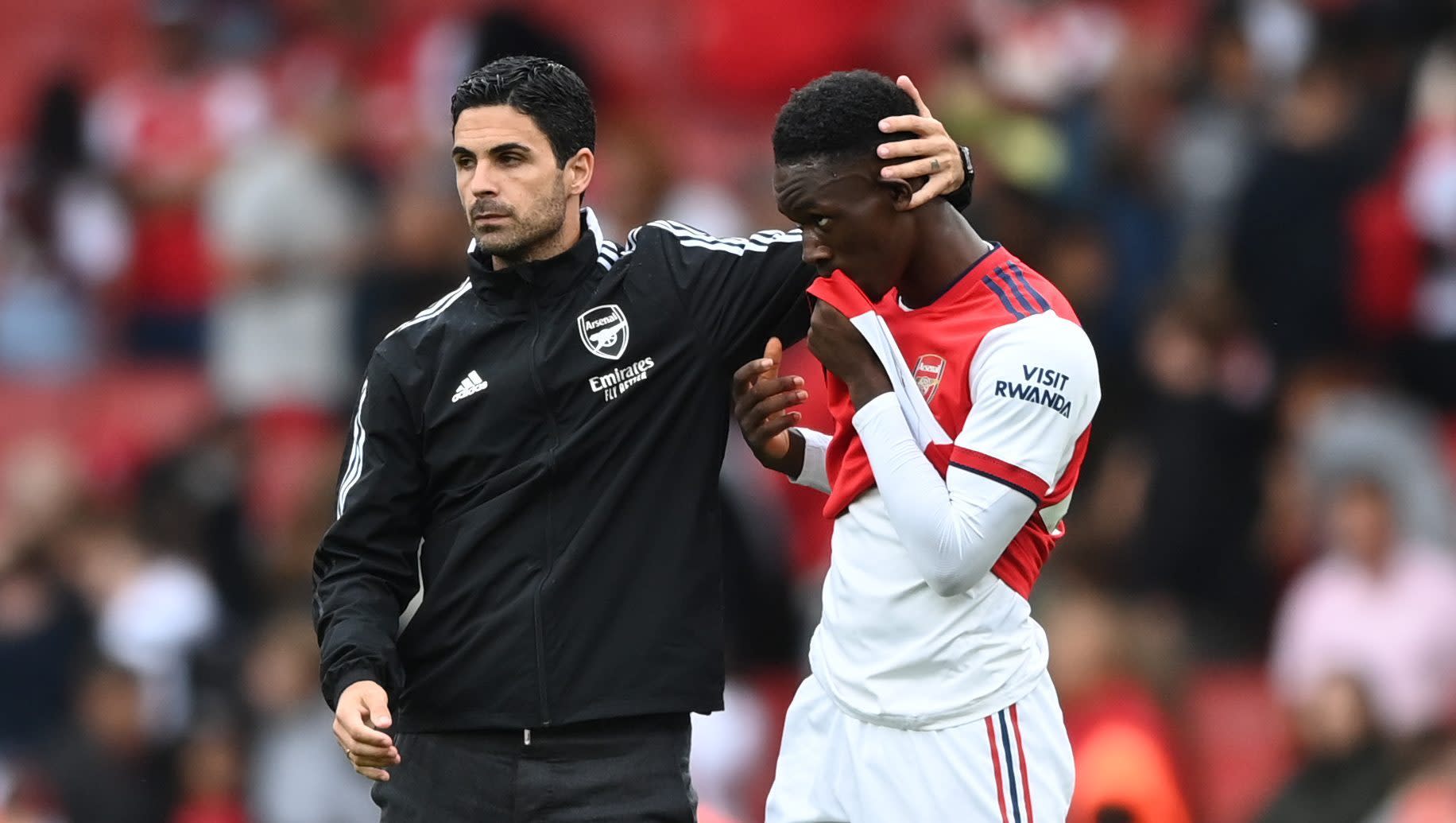 Arsenal reaction: Mikel Arteta mused that the challenges and struggles at Arsenal grow “more difficult by the day” following the Gunners’ 2-0 Premier League defeat to Chelsea on Sunday.

Between Pierre-Emerick Aubameyang, Alexandre Lacazette and Ben White each missing at least one game (two for Lacazette) to start the 2021-22 Premier League season, another injury to Thomas Partey and the lack of a cohesive preseason, it’s hardly a surprise Arsenal have two defeats from their first two games. The performances have certainly matched the results, it has to be said — quotes from the BBC and Football.London:

“They were the better team. When they play at their best, which I think they did today, they are champions of Europe, have world-class players and to match at that level is difficult.

“You can always do things better. In the first half, it took us a long time to regain the ball in wide areas. We conceded two goals, but the way the team responded and the crowd never gave up, it gave us hope in the second half.

“I don’t like to feel sorry for myself. I think everyone can see at the moment we don’t have the squad that we want and it seems to be more difficult by the day. These young players are giving their maximum, it is their first or second time playing in the Premier League, and they are playing against a top, top opponent.”

“We cannot control [people’s opinions]. We try to explain when we can what we are facing, but the expectation for this club is always that we will win. When the players are back and they will need some time to get back as well, hopefully it can be different. The good thing is the narrative in football changes really quickly.”

There were, however, a few positives for Arsenal on Sunday, according to Arteta. Notably, he felt like the crowd rallied behind the young squad in the second half after letting out their frustrations by booing the team as they left the field for halftime. More Arsenal reaction:

“I see a lot of positives with the crowd today. The way they supported the team from the beginning. I saw a good reaction. It is one of the difficult moments. The circumstances are difficult and unprecedented. Feeling sorry for yourself doesn’t help. You have to win football matches, keep it together and show spirit.”

“I certainly see a team that in the second half they kept trying they never gave up and their attitude was exceptional. Something that is clear is that they never gave up. Even the crowd tried to push them and we tried to fight until the end.”

“One of the difficult moments that you have to go through. The circumstances are really difficult and probably unprecedented. Feeling sorry for ourselves doesn’t help, though.”

There will be no rest for the weary, as Arsenal must now visit defending Premier League champions Manchester City, and Arteta’s former boss and longtime mentor, Pep Guardiola, at the Etihad Stadium next weekend.