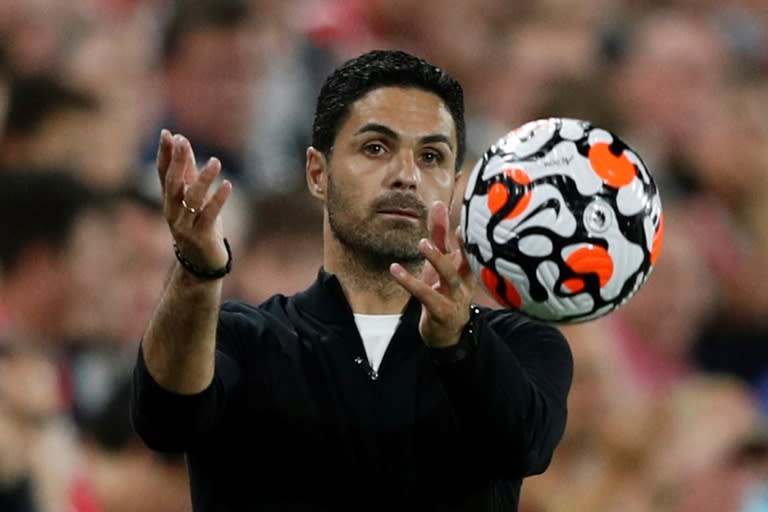 Mikel Arteta admitted Arsenal’s Premier League match against Norwich on Saturday is a “must-win” game after their worst start to a league season for 67 years.

The Gunners have failed to score and conceded nine goals in demoralising defeats to Brentford, Chelsea and Manchester City.

Arteta’s position as manager is under increasing threat, with the Spaniard reportedly given four more Premier League games to save his job.

Arsenal’s 5-0 humbling by City last month meant they had lost their first three league matches in a season for the first time since the 1954/55 campaign and to make matters worse, rivals Tottenham are top of the table.

The miserable run of results is despite the fact the club were the biggest spenders in the summer transfer window, splashing around £150 million ($207 million) on new faces.

Arteta said at his pre-match press conference on Thursday that the club were “nowhere near where we want to be” but added that he did not want to offer excuses.

“We have to reset now, we need to restart, hopefully get everybody back on track and start to win football games.”

The former Arsenal midfielder, who was appointed manager at the Emirates in December 2019, was asked whether Saturday’s match was a “must-win” game.

“It always is at Arsenal,” he said. “The pressure is always there to be as high as possible in the league table.

“We need the first win. We are playing in front of our own fans after a disappointing start so it’s down to us to provide everything we have.”

Arteta said the club had undergone a huge change in personnel during his tenure, with 30 incomings and outgoings over the past three transfer windows, but was confident in the club’s policy of signing young players.

“It’s a project that we believe in, that we have to assemble because it was the option we believe was the best for the future of the football club,” said the Arsenal boss.

“We all take responsibility because we’ve all been involved in the decisions and now we have to make it work.

“The complexity in football is that you want to build a medium, long-term project with immediate results and we have to embrace that because there is now no other way in football.”