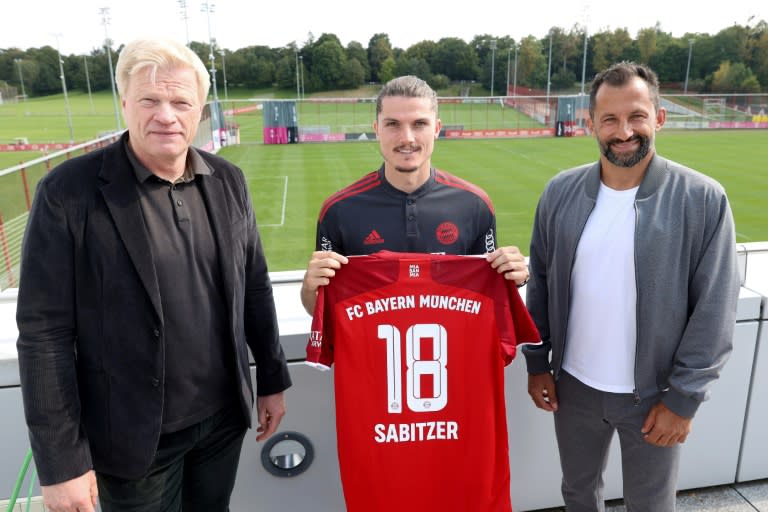 Bayern Munich new signing Marcel Sabitzer is relishing returning to former club RB Leipzig on Saturday, but he expects a frosty reception on his debut for the Bundesliga champions.

Leipzig finished runners-up to Bayern last season and Saturday’s league clash at the Red Bull Arena is an early chance for both clubs to throw down a marker.

Sabitzer, the Leipzig captain, joined Bayern last week to reunite with coach Julian Nagelsmann and defender Dayot Upamecano, who both moved to Munich this season.

Having been rejected as a 14-year-old schoolboy by Bayern, Sabitzer aims to convince Nagelsmann to give him a midfield place despite competition from Germany stars Joshua Kimmich and Leon Goretzka.

“I know that there is a lot of quality in my position. If I get the chance to play, I’ll be ready,” Sabitzer said Thursday, having shaken off an adductor strain.

He admits his Bayern debut in Leipzig could be a heated occasion.

“I don’t know what kind of reception to expect,” he said.

“I had a good time for six years in Leipzig, working my way from the second Bundesliga to the Champions League. I became a leader and was able to give something back to the club.

“I look forward to going back on Saturday, even if it could be volatile.”

The 27-year-old Austrian has given Bayern tips on how to beat Leipzig, who have been erratic this season with defeats to Mainz and early leaders Wolfsburg either side of a 4-0 thrashing of Stuttgart.

“After all, I had four weeks of pre-season and was there for the first few games, so of course I have insider info,” said Sabitzer.

“I’ve had a bit of an exchange with our video analysts and co-coaches about what we need to watch out for.”

Sabitzer’s former Leipzig flatmate Kevin Kampl says no quarter will be asked or given should the pair face each other.

“In the 90 minutes, we’ll forget our friendship,” said the Leipzig midfielder. “Everyone wants to get the points for their team – then we’re mates again.”

Kampl hopes Sabitzer, Upamecano and Nagelsmann are spared a hostile reception by Leipzig fans. “I hope they won’t be booed because they have done a lot for the club.”

Before Leipzig host Bayern, Leverkusen are home to Dortmund, whose star striker Erling Haaland hit a hat-trick for Norway against Gibraltar on Tuesday to end the international break with five goals.

Dortmund defender Mats Hummels and captain Marco Reus are fit after recovering from knocks, but US teenager Giovanni Reyna is set to be sidelined until October after injuring a hamstring on international duty.

Wolfsburg, the only team with a perfect record, stay top if they win on Saturday at Greuther Fuerth, who have one point from their first three games.

One to watch: Leroy Sane

The 25-year-old was whistled by his club’s own fans before the international break for sub-par performances, but returns to Bayern buoyed by a series of strong displays for Germany during World Cup qualifiers.

Sane set up the opening goal and then scored in Wednesday’s 4-0 drubbing of Iceland having also shone in last Sunday’s rout of Armenia.

“The boy is up for some football,” said Bayern team-mate Joshua Kimmich after Sane’s impressive outing in Reykjavik.

“I think he will build on that with us at FC Bayern.”

229 – appearances Sabitzer made for RB Leipzig, scoring 52 goals, in all competitions since debuting in 2015.

11 – goals Haaland has scored in eight games for Dortmund and Norway this season.

1 – win for RB Leipzig in 12 games against Bayern since the Saxony club’s first Bundesliga season in 2016/17.

Fixtures (all times 1330 GMT unless stated)

Ronaldo's Man Utd return already a winner for the Glazers