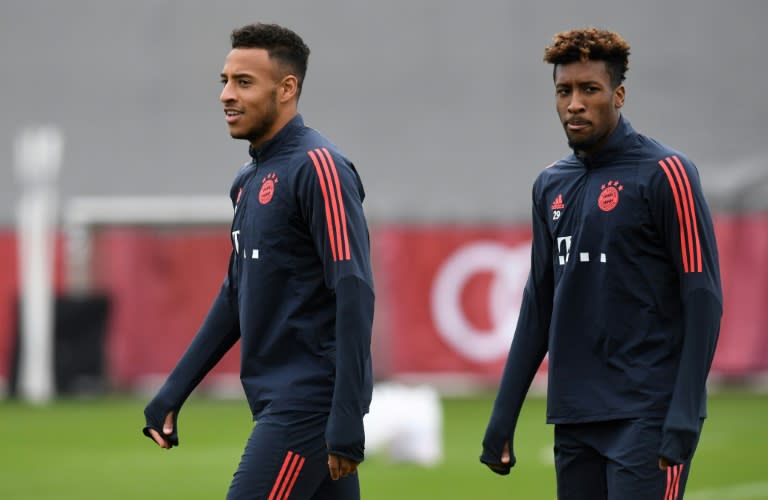 Bayern Munich will be without France midfielders Corentin Tolisso and Kingsley Coman for their crunch Bundesliga clash at fellow Champions League side RB Leipzig on Saturday.

RB Leipzig were runners-up to defending champions Bayern last season and Saturday’s game at the Red Bull Arena is a chance for both sides to put down an early marker in Germany’s top flight.

Both teams have key Champions League away games next week as Bayern are at Barcelona on Tuesday, then Leipzig face Manchester City on Wednesday.

On Friday, head coach Julian Nagelsmann confirmed Bayern will be without Tolisso, who returned from international duty early with a calf problem, against both Leipzig and Barca.

Coman also misses the Leipzig game with a calf problem, he also picked up with the France squad, but could be an option against Barcelona, Nagelsmann said.

Bayern will be near full-strength in Leipzig with Thomas Mueller, Alphonso Davies, Benjamin Pavard and Lucas Hernandez all having recovered from recent knocks or injuries.

Having coached Leipzig for the previous two seasons, Nagelsmann has no concerns about his first return to his former club as boss of Bayern.

“We as a team achieved something in two years in Leipzig and brought a very good spirit to the club,” said Nagelsmann.

“I’m looking forward to the game and won’t tremble if a few people whistle there.”