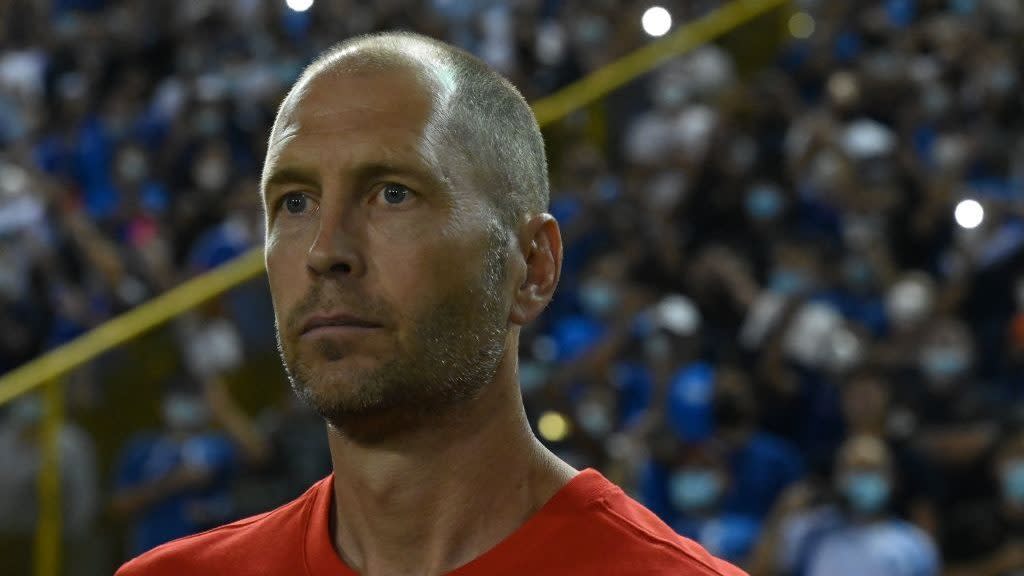 Like his captain Tyler Adams, USMNT coach Gregg Berhalter tried to put a positive spin on his side’s World Cup qualifying opener, a 0-0 draw in El Salvador on Friday.

Was his reasoning sound? Yes. Convincing? We’d want to watch the interview again or even leave that analysis for a day after the international break, but suffice it to say the “Don’t get too high or too low” demeanor Berhalter has often shown will serve him well after a very disappointing night in San Salvador.

“All these games are going to be hard-fought,” Berhalter said. “Any intentions of us winning 3-0… it’s going to be really challenging. Look around CONCACAF [tonight]. All ties and Mexico won in the 90th minute at home. They’re dogfights. We take the point and move on.”

The Yanks attack was often toothless without Christian Pulisic and Tim Weah, with Giovanni Reyna the brightest of the front four and Tyler Adams the Americans’ Man of the Match at defensive mid.

“The preparation was good,” Berhalter said. “But we wanted to get the win and maybe the message of playing behind wasn’t followed by moving the ball around and being more calm. It turned into too hectic of a game. We created a number of turnovers but overall I wasn’t happy with our control of the game.”

The Yanks now meet a Canada team who drew at home, a cardinal sin in CONCACAF World Cup qualifying, and then visit the Honduras team who took a point out of Canada.

A win is critical.