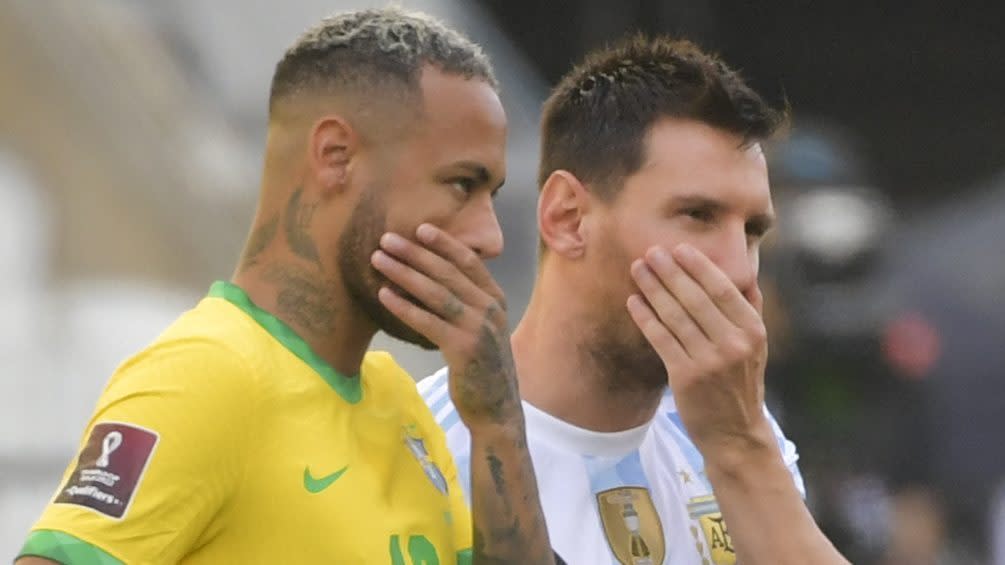 FIFA says it’s distressed by the suspension of Sunday’s huge World Cup qualifier between Argentina and Brazil after Brazilian authorities approached the pitch to demand the removal of four Argentine players from Premier League club for COVID-19 breaches.

Lionel Messi and Argentina called the actions ridiculous and asked why the authorities waited until the match had kicked off to confront the issue.

Brazilian health monitor Anvisa, however, has issued some strong words about why those steps were taken seven minutes into the game. Brazil’s federation also expressed surprise as to the timing of Anvisa’s intervention and says “at no time did it interfere” in the process.

Anvisa, the Brazilian health surveillance agency, claims that the four players “allegedly declared false information in an official form” upon entering the country.

The agency’s Sunday actions were quickly met by widespread cynicism as Brazil was short a number of Europe-based player while Emiliano Martinez, Emi Buendia, Cristian Romero, and Giovani Lo Celso defied a PL club refusal to release players for matches in red-list countries.

Anvisa alleged “notorious non-compliance” with a law regarding COVID-19 protocols, saying in the release that “after a meeting with the health authorities, it was confirmed, after consulting the passports of the four players involved, that the athletes failed to comply with the rule for the entry of travelers on Brazilian soil, provided for in Interministerial Ordinance 655, of 2021 , which provides that foreign travelers who having passed through the United Kingdom, South Africa, Northern Ireland and India in the last 14 days are prevented from entering Brazil.”

FIFA has said it “regrets the scenes” on Sunday and is conducting an investigation into the incidents. Just about anything could come out of this investigation, punishments for either or both federations due to their own actions or the actions of Anvisa, a continuation of the game, or a replay altogether.