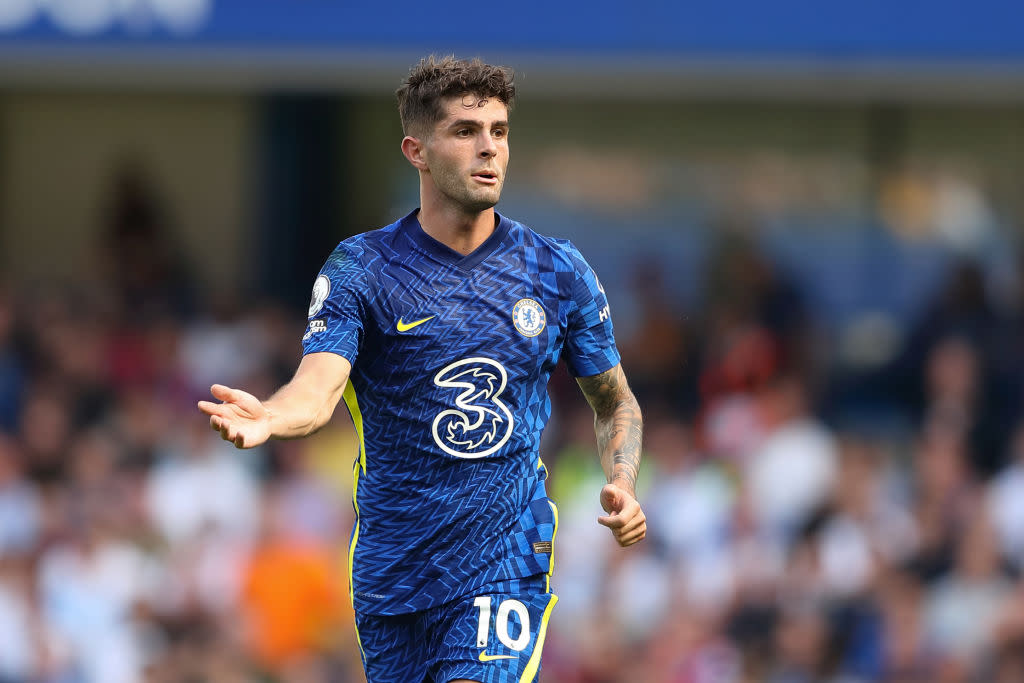 Christian Pulisic is stepping up his return from injury, but the USMNT superstar will not be fit to play at Tottenham this Sunday (Watch live, 11:30am ET on Peacock Premium).

On his 23rd birthday, there is some positive news about his recovery.

Pulisic, 23, suffered an ankle injury in the USMNT’s 4-1 win at Honduras on Sept. 9 and has been out since.

The Pennsylvanian winger had only just returned from a spell out due to testing positive for COVID-19 as he then had to work his way back to full fitness.

Pulisic started the 2021-22 domestic season well, as he scored a penalty kick in Chelsea’s UEFA Super Cup final win and scored in the opening day win against Crystal Palace.

However, as has been the case for much of his young career, injuries have hampered his fast start to the new season and he hasn’t played for the Blues in over a month.

What is the latest update from Chelsea?

“There is good news on Christian Pulisic,” Chelsea boss Thomas Tuchel said. “Christian is in individual training and is trying to come back as fast as possible to join in with full training.

“He’s not in the squad this weekend, as the game comes too early for him, but he is working hard on his fitness.”

That would suggest that Pulisic could return for the League Cup game next week against Aston Villa, or maybe the huge Premier League clash against Manchester City on Saturday, Sept. 25.

Whenever Pulisic returns for Chelsea, it is pretty clear that he will be fit to play in their World Cup qualifiers in October.

That is, obviously, great news for Gregg Berhalter. The USMNT face Jamaica, Panama and Costa Rica in October and they look like being pivotal clashes as the latter two nations have started well in qualifying.

Pulisic wore the captains armband in two of the USMNT’s three World Cup qualifiers last month (he only played in two after missing the game at El Salvador) and is clearly the talisman for the Stars and Stripes.

Even a 75 percent fit Pulisic has so start for the USMNT.

Toney slots Brentford into the lead over Wolves

Mbeumo makes it 2-0 to Brentford against Wolves