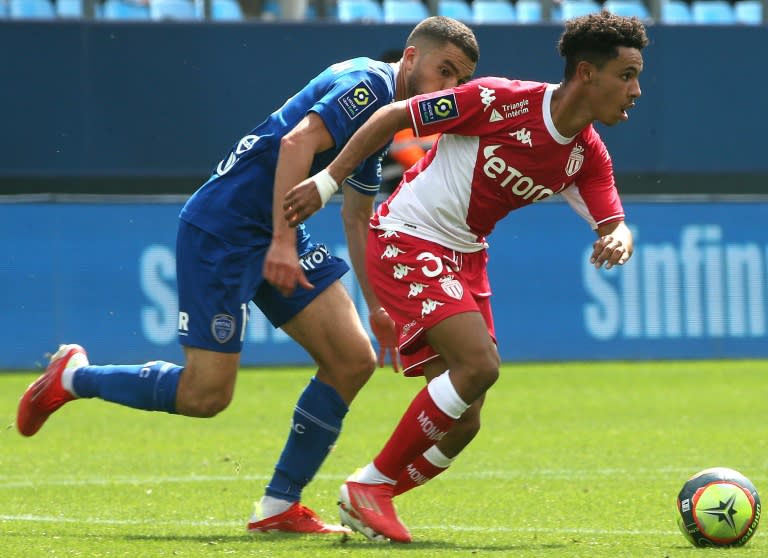 Sofiane Diop scored both goals as Monaco bounced back from Champions League elimination to win 2-1 at Troyes on Sunday for a first Ligue 1 victory of the season.

Four days after travelling back from Ukraine after being knocked out by Shakhtar Donetsk in the final round of Champions League qualifying, Monaco visited Troyes.

Both teams started the day with just one point from three league matches.

Monaco took the lead in the 40th minute as 21-year-old Aurelien Tchouameni, called up to the France squad for the first time on Wednesday, created an opening and found Wissam Ben Yedder who in turn set up Diop, alone in front of the empty goal.

Troyes levelled when Monaco right back Ruben Aguilar, whose own goal in extra time eliminated Monaco in Kharkiv on Wednesday, put the ball in his own goal again.

This time he attempted to head clear a 52nd-minute free kick from Dylan Chambost, but instead he lobbed his goalkeeper, Alexander Nuebel.

Diop restored the Monaco lead after being set up by Youssouf Fofana in the 58th minute.

Seconds later, the young midfielder was deprived of a hat-trick by Gauthier Gallon’s fingertip save.

Monaco’s anxiety began to show towards the end as they surrendered control of the game and allowed Troyes to stage a furious late assault, but the visitors survived.

Monaco jumped to 13th and Troyes took their place at the bottom.

Tuchel: Chelsea ‘were not ready’ for Watford

Tuchel: Chelsea ‘were not ready’ for Watford

PORTLAND, Ore. — Chauncey Billups’ pregame availability on Tuesday doubled as a family reunion. He sat down at the podium, glanced to his right and immediately cracked a joke with Cletus Lewis, the Detroit Pistons‘ vice president of public relations. Billups scanned the media members sitting in front of him and greeted George Blaha, the […]

Through 2 Quarters Both the Atlanta Hawks and the Indiana Pacers suffered losses in their previous contests, but the Hawks are closer to making up for it. Atlanta has emerged as the frontrunner at halftime and is ahead of Indiana 65-57. Atlanta has been led by point guard Trae Young, who so far has 15 […]

If you write a letter to Seattle Mariners legend Ichiro Suzuki asking if he’ll hit some dingers at your high school, he might actually show up. Suzuki did exactly that Monday, surprising the baseball team at Kokugakuin Kugayama High School in Japan. Members of the baseball team sent Suzuki a letter in January, according to […]