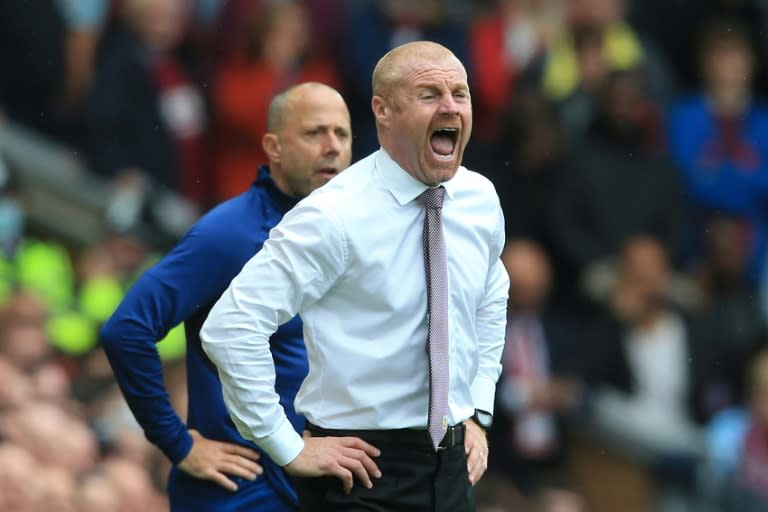 Klopp singled out Burnley strikers Ashley Barnes and Chris Wood when he criticised the officials for allowing the visitors to be overly physical in Liverpool’s 2-0 win at Anfield.

The German said he was “not 100 per cent sure if we are really going in the right direction with these kind of decisions” and stressed the need to protect players.

But Dyche was unhappy with Klopp for going public with his views.

“My disappointment is he is name-checking players. There is absolutely no need to do that,” Dyche told reporters on Monday.

“We have professional players who have worked very, very hard in their careers to get to where they have got to.

“The implication of them being untoward in some of their challenges I think is wrong, I think it’s inappropriate.

“My overview would be: I’m not worried about protection of players, because I think players get protected to a level that is unbelievable in my history of the game – and rightly so in some cases, I must say.

“My worry is that he is questioning that a team shouldn’t do everything they can to win a game within the laws, which we clearly did, because there wasn’t a single card.”

They both claimed football was at risk of putting players in danger if aggressive tackles were not pushed.

Asked about Klopp’s suggestion that fans should “watch wrestling if you like these kind of things”, Dyche said: “That’s up to him. His comments are what they are.

“That’s not up to me. (People can) use whatever words they wish to describe whatever they wish, and see fit to do so.”

Every player in Boston Celtics history who wore No. 99