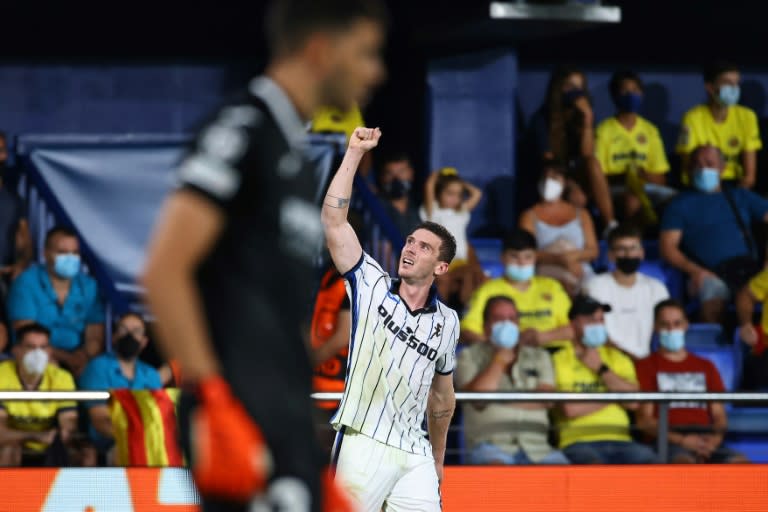 Gosens’ effort in the final 10 minutes kept the Italians above Manchester United in Group F after the English club lost to Young Boys earlier in the day, in the first game of this season’s competition.

“I am satisfied, we played against a great team. We played really well for the first 30 minutes. We were strong enough to keep the ball possession because if you lose the ball too many times against them, they can punish you,” Gasperini told Sky Italia.

“We hoped to win it when we went one man up, then, in the end, Juan Musso saved us,” he added.

Villarreal midfielder Dani Parejo praised his side’s reaction to Coquelin’s dismissal before Gerard Moreno had an injury-time header blocked on the line.

“We are leaving with a bittersweet taste because we wanted victory,” Parejo told Movistar+.

“I think the team gave everything. With one less player the team believed in victory until the end, but it could not be.”

Gasperini made four changes from Saturday’s Serie A loss to Fiorentina as Juan Musso, making his competition debut aged 27, was picked ahead of Marco Sportiello in goal.

Atalanta, making just their third appearance in the Champions League, were rewarded for their early control of the game as Switzerland midfielder Remo Freuler opened the scoring after just six minutes.

Colombia forward Duvan Zapata held the ball up well in the box and his lay-off was slightly deflected by Etienne Capoue before Freuler hit home.

The Italians’ dominance of the game at Estadio de la Ceramica, witnessing its first Champions League group game since December 2011, stopped seven minutes before the break.

Villarreal left-back Alfonso Pedraza found midfielder Manu Trigueros inside the box and the Spaniard hammered home the equaliser for his second goal in as many games this season.

Gasperini’s side started the second half as they did the first but Zapata could only hit the crossbar above Rulli, who was on the bench as Argentina’s game with Brazil was abandoned earlier this month, eight minutes after the interval.

Atalanta failed to make the pressure count and were punished with 17 minutes to play.

Freuler miscontrolled outside his box and Netherlands winger Arnaut Danjuma pounced with a powerful half-volley.

Gasperini pushed his side to look for an equaliser, bringing Aleksei Miranchuk on for Matteo Pessina, and the move paid off with seven minutes left.

Josip Ilicic hit a low cross into the feet of Russia attacker Miranchuk who softly guided the ball along to Gosens to beat Rulli comfortably.

The visitors were unable to make the most of the extra man in midfield and Emery’s men even had a chance to claim a late three points as Moreno’s header, four minutes into additional time, was superbly saved by Musso.

Lewandowski at the double as Bayern outplay Barca again