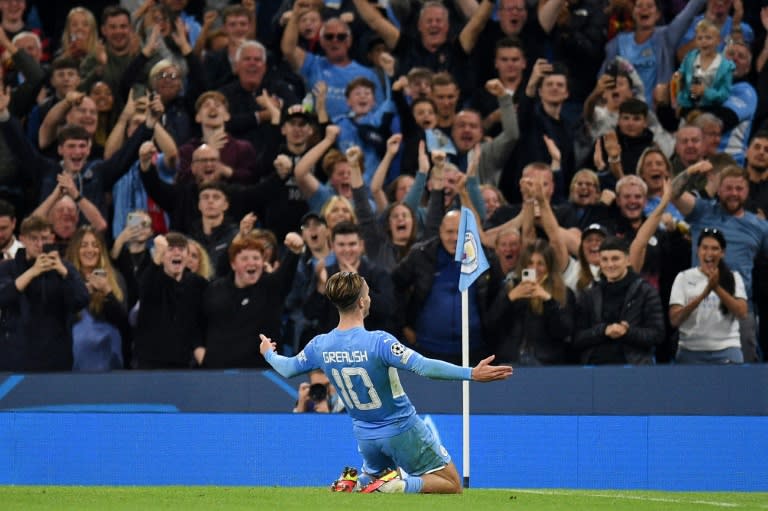 Grealish admits the lure of playing on the Champions League stage convinced him to leave his boyhood club Aston Villa to join City in a club record £100 million ($138 million) move in the close-season.

The England winger made the most of his first taste of the tournament’s bright lights with a brilliant solo effort in the second half at the Etihad Stadium.

While City were snubbed by Cristiano Ronaldo when the Portugal superstar opted to join Manchester United, Pep Guardiola believes Grealish is more than ample compensation and this influential display underlined why.

“I loved it. The past few weeks, I couldn’t wait for this game,” Grealish said.

“I’ve actually played in the Champions League now and it was amazing – the music and everything – and the game just topped it all off.

“When I’m in that position, running into the area I’d back myself one-on-one against anyone and it paid off. It was a great night.”

Nordi Mukiele’s own goal had doubled City’s lead before Nkunku got one back on a memorable personal evening for the French winger.

Riyad Mahrez’s penalty made it 3-1 and Nkunku netted again before Grealish’s moment of magic.

There was more good news for Guardiola as Kevin De Bruyne impressed in his first game back from the ankle injury which had sidelined him since August 15.

Guardiola insists that last season’s Champions League final defeat against Chelsea will serve as the “motor” driving City’s challenge this term and they wasted little time seizing pole position in Group A.

“Leipzig never give up. They play all or nothing,” Guardiola said.

“We scored a few minutes after they scored and it helped us a lot.”

Leipzig boss Jesse Marsch added: “Whenever we got any momentum, City came up with a response. There were too many individual errors. We weren’t good enough against this kind of opponent.”

City were ahead in the 16th minute as Grealish’s corner found Ake and he rose highest for a powerful header that Peter Gulacsi tipped onto the crossbar, only to see it bounce down over the goal-line.

City doubled their lead thanks to Mukiele’s comical blunder in the 28th minute.

De Bruyne tenaciously eluded three Leipzig players and curled a sublime cross towards Grealish that the panicked Mukiele diverted into his own net as he tried to head back to Gulacsi.

Nkunku punished sloppy defending to give the visitors hope in the 42nd minute.

Ake was guilty of ball-watching as Mukiele nodded towards Nkunku, who dispatched his header past Ederson.

City hit back in first half stoppage-time when Lukas Klostermann blocked Ferran Torres’ header with his out-stretched arm and Mahrez smashed the spot-kick into the top corner.

Their defensive flaws remained alarming and Leipzig reduced the deficit again in the 51st minute.

Cutting in from the left, Grealish left Tyler Adams trailing in his wake as he curled a brilliant finish into the far corner in the 56th minute.

Nkunku completed his hat-trick with a predatory close-range strike from a tight angle in the 73rd minute.

Angelino was dismissed in the 79th minute for a crude foul on Cancelo and Jesus tapped in six minutes later to put the seal on a memorable evening.

Report: Sixers expect Ben Simmons to show up to camp at some point