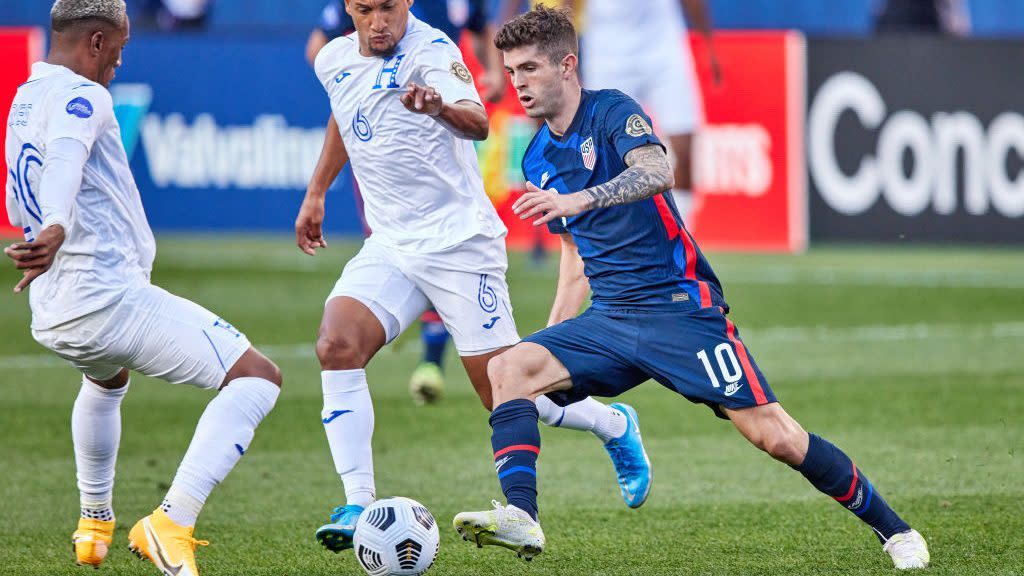 Despite an overwhelming talent advantage over hosts El Salvador on Thursday and a lesser advantage over visitors Canada on Sunday, the USMNT has just one goal and two points 1/7th of the way through the Octagonal.

Part of that can boiled down to absences and bad bounces, of course, but this was supposed to be a team like some of its predecessors who challenged Mexico for the top spot in the group.

It still can and probably will be, but vibes are low considering disjointed and often rudderless performances in possession-heavy but sloppy draws.

Now comes Honduras away, a qualifier that’s come to mean the collection of bruises and ankle sprains as much as the gathering of points.

The U.S. has still been relatively successful against Los Catrachos in World Cup qualifying, but are looking for their first away win in the last three visits to San Pedro Sula. The Yanks drew 1-1 in 2017 and lost 2-1 in 2013, before that winning three in-a-row but also losing a home qualifier in Sept. 2001.

All that said, we’ve already gone over the terrific turnover between even 2017’s team and this roster, so history doesn’t have to be a guide. And this Honduras team has just drawn El Salvador 0-0 away and Canada 1-1 away, a slight advantage over the U.S. given the Yanks home draw with Canada.

Of course, a win in Honduras flips that on its ear.

The U.S.’ perceived B-team beat Honduras 1-0 in the Gold Cup semifinal on U.S. soil, and the Yanks will presumably have Weston McKennie back in the fold to join Christian Pulisic and Brenden Aaronson in the lineup.

Honduras is led by Fabian Coito, who established himself as a winner with Uruguay’s U-17 and U-20 teams and was interim manager for the senior team before heading to Central America.

We’re going to give this terrific batch of U.S. talent — yes, shorthanded as it is — the benefit of the doubt and an expected big release. Pulisic drives the bus and can safely leave the pitch after an hour en route to Honduras 0-2 USMNT.

How to watch Honduras vs USMNT in World Cup qualifying