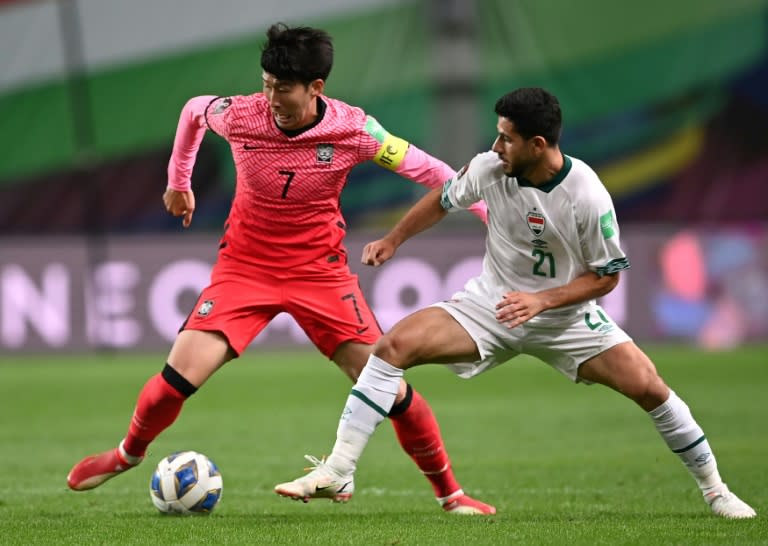 Iraq held South Korea to a 0-0 draw in Seoul on Thursday in the opening game of the final World Cup qualifying round.

The home team dominated proceedings and came close to breaking the deadlock, but Dick Advocaat’s side defended stoutly.

South Korea’s best chance came after a first-half corner, when the ball fell to Lee Jae-sung just yards from goal, but the Mainz player blazed over the bar.

Iraq came out with more attacking intent in the second half, but never posed a real threat.

They did however succeed in nullifying the hosts’ attackers, particularly captain Son Heung-min.

“The outcome is very hard to accept,” a visibly upset Son said after the game, which was held without fans because of coronavirus restrictions.

The Tottenham Hotspur star scored the winner in his club’s 1-0 win over Watford on Sunday and only arrived in his home country two days later.

There are two groups of six nations in the final round of Asian qualifiers for the 2022 Qatar World Cup.

South Korea and Iraq are joined in Group A by Iran, Syria, United Arab Emirates and Lebanon.

The top two teams from each group will advance to the World Cup, and the third-placed sides will face off for a chance to enter the intercontinental play-off.

South Korea will play Lebanon on Tuesday in Suwon, south of Seoul.

A pressing concern for NWSL