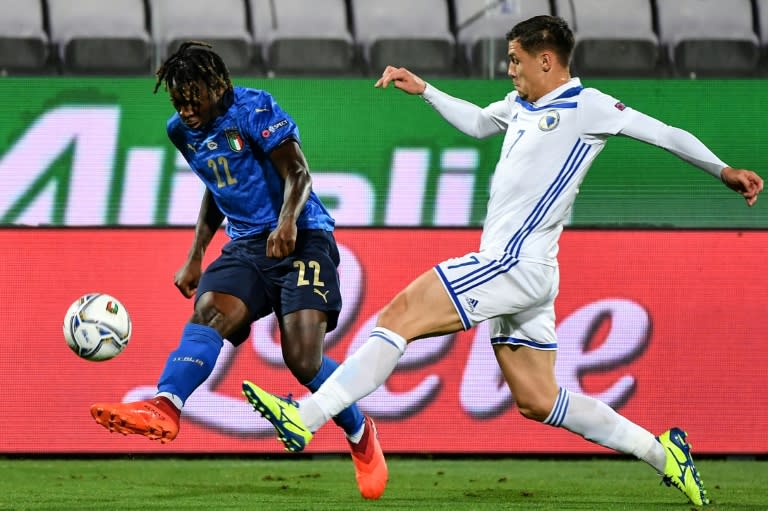 Moise Kean will be the final piece of Juventus’ post-Cristiano Ronaldo attack after the Italy forward completed his move from Everton on Tuesday.

Kean, 21, returns to the club where he began his professional career as an academy graduate on a two-year loan which will then turn into a permanent sale for a reported fee of 20 million euros ($23.6 million), subject to certain conditions being met.

Juve sold Kean to Everton in the summer of 2019 after excelling in his breakthrough season in Serie A but he failed to impress in England and last season was loaned to Paris Saint-Germain.

He scored 17 times in 41 appearances for the star-studded French side, who lost their Ligue 1 title to Lille and were knocked out of the Champions League by Manchester City.

On Friday Kean was called up to the Italy squad after missing out on Euro 2020, won by Roberto Mancini’s impressive Azzurri last month.