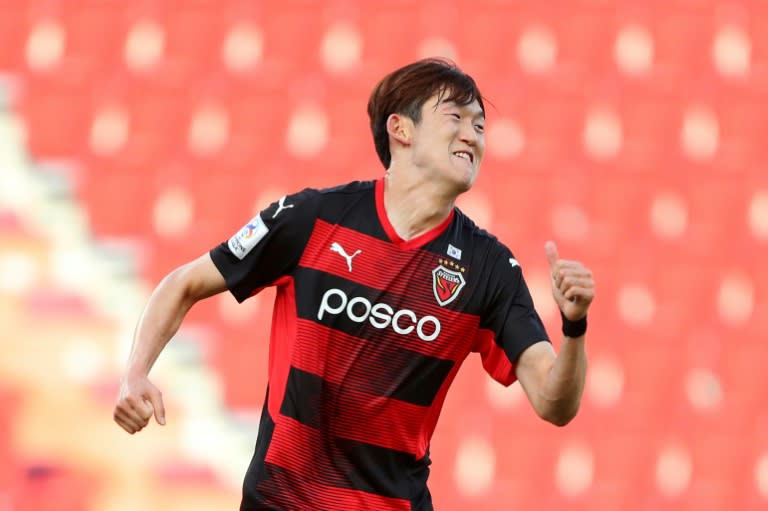 Three-time winners Pohang Steelers edged into the AFC Champions League quarter-finals on Wednesday and fellow Koreans Jeonbuk Motors needed to keep their nerve in a penalty shoot-out to stave off a shock exit to Thai last-16 debutants Pathum BG.

Lee Seung-mo’s 25th-minute goal gave Pohang a hard-fought 1-0 win as they clung on for victory with home side Cerezo Osaka laying siege to their goal in the closing stages at Nagai Stadium in Japan.

Jeonbuk, joint top scorers in the group phase with 22 goals, dominated possession but almost paid the price for failing to extend their 1-0 half-time lead, courtesy of Brazilian striker Gustavo’s injury-time strike, his eighth in the competition.

Thai champions Pathum soaked up the home side’s pressure and struck back on the counter-attack when Teerasil Dangda headed home from Chaowat Veerachat’s pinpoint cross in the 76th minute.

Four minutes later Chitchanok Xaysensourinthone squandered a chance to put the Thai minnows in the lead, as he shot straight at goalkeeper Song Beom-Keun when clear in the centre of the penalty area.

Song was the hero again in the shootout, saving twice as Jeonbuk prevailed 4-2 on penalties after the tie finished 1-1 at the end of extra time.

The Jeonbuk goalkeeper denied Sarach Yooyen and Chitchanok, again, sparing the K-League side’s blushes after the visitors had threatened to pull off a seismic upset.

Jeonbuk, Asian champions in 2006 and 2016, will make their ninth appearance when the quarter-finals take place next month.

West zone clubs through to the last eight are Al Wahda of the UAE, Iran’s Persepolis and Saudi pair Al Nassr and Al Hilal.

The quarter-finals and semi-finals, to be played over one leg each this year because of coronavirus travel difficulties, will take place at centralised venues on October 16-17 and 19-20 respectively.