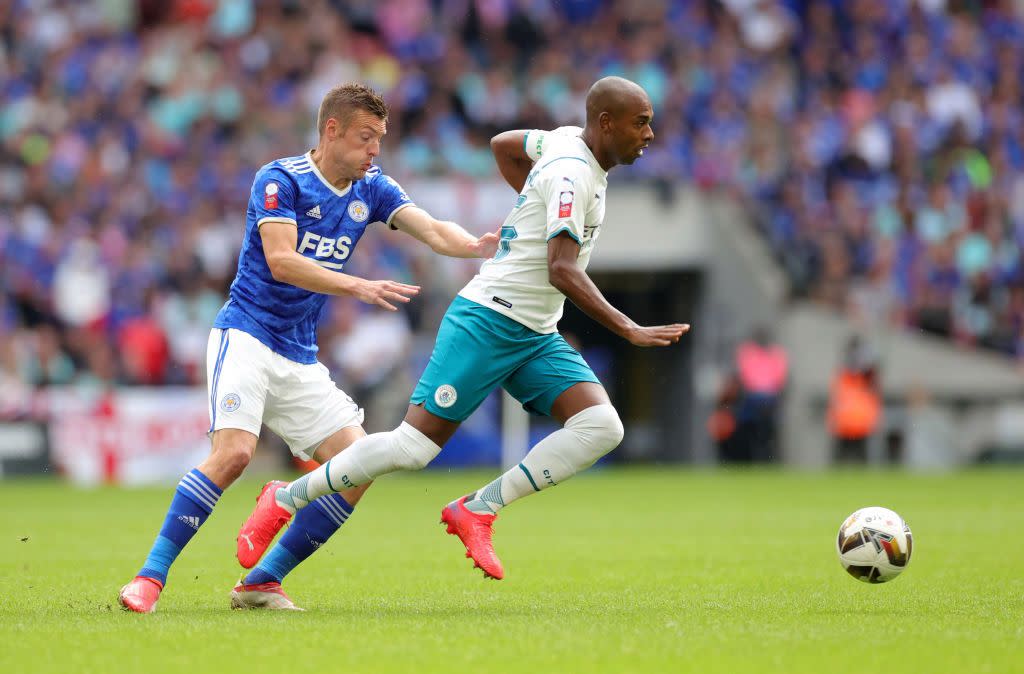 Leicester City vs Manchester City will be one heck of a clash this Saturday at the King Power Stadium (start time 10am ET on Peacock Premium) as the Foxes love to cause a shock against Pep Guardiola’s boys.

Brendan Rodgers’ men have had a solid start to the season and have already beaten Manchester City in the FA Community Shield final at Wembley to kick off the new campaign. Jamie Vardy is still scoring goals and causing problems, but once again the Foxes are having to deal with plenty of defensive injuries and that impacted them in their big defeat at West Ham early in the season.

As for Manchester City, they are yet to really hit full speed but beat Norwich City 5-0 and Arsenal 5-0 in their last two home games, so that is frightening for the rest of the Premier League. Jack Grealish is settling in nicely and Pep Guardiola has rotated his star forwards around as the likes of Gabriel Jesus and Ferran Torres have both played key roles in recent games. The reigning champions will want to put down a marker early in the season by winning at Leicester.

Here’s everything you need to know ahead of Leicester City vs Manchester City.

Ayoze Perez is suspended, while defenders Ryan Bertrand, Jannik Vestergaard and Jonny Evans are all pushing to play. However, Ricardo Pereira and Nampalys Mendy have joined long-term absentees Wesley Fofana and James Justin in being ruled out.

Phil Foden should return after an ankle issue, while Kevin de Bruyne should be good to start too. Ederson and Gabriel Jesus are at the center of a battle over quarantine rules after they did not travel to play for Brazil during the international break. Liam Delap is out, while Aymeric Laporte should be fit after a small knock when playing for Spain. USMNT goalkeeper Zack Steffen tested positive for COVID-19 during the international break, so he is out.

Leicester City are the underdogs and are priced at +450 to win. Manchester City are -176 to win, which doesn’t seem like good value given all of their injury and availability issues early in the season.

This is a really tough one to call. Leicester could easily cause a shock, but their capitulation at West Ham was a little surprising. Man City will probably just do enough to get past them. Leicester City 1-3 Manchester City.

How to watch Leicester City vs Manchester City, stream and start time