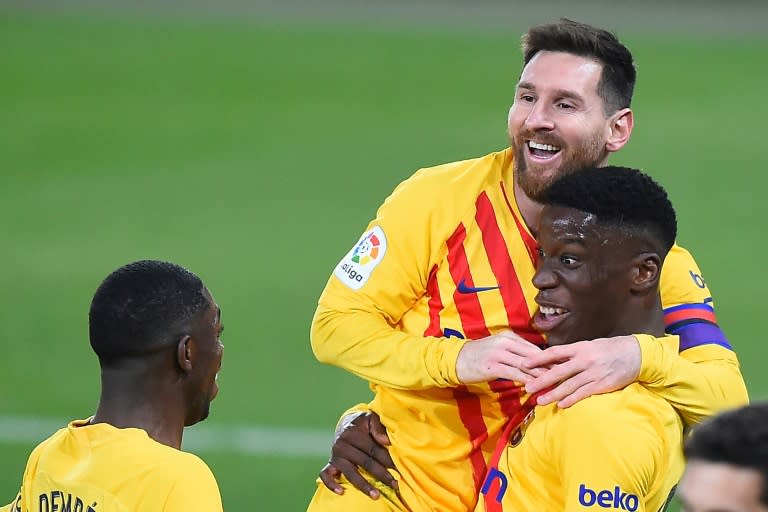 RB Leipzig’s new teenage midfielder Ilaix Moriba admits he never figured out how to stop his former teammate Lionel Messi during training sessions at Barcelona with the pair poised for a possible rendezvous in the Champions League.

Having made 18 appearances for Barcelona last season, Moriba, 18, signed a five-year deal for Bundesliga club Leipzig on Tuesday.

Leipzig have drawn PSG in the Champions League group stages and Moriba admits he learnt plenty from the Argentinian superstar.

“In training sessions, we never really thought of a way to stop him,” Moriba said during his first RB Leipzig press conference.

“Of course, it’s any young footballer’s dream to meet Lionel Messi. Everything that he does on the pitch is incredible and you can learn so much by watching him.”

Leipzig have a tough Champions League opener at last season’s finalists Manchester City on September 15. They host Brugge a fortnight later before facing Messi’s PSG away on October 19.

The German club hosts PSG in Leipzig on November 3.

It was Messi who set up Moriba’s first goal for Barcelona last March — a moment the Spanish teenager describes as “unforgettable” — but that will be put aside if the pair face each other.

“It’s not down to us whether we’ll play against each other in the Champions League, but of course there are no friendships on the football pitch,” said Moriba.

“If it does happen, I’ll give my absolute all to be successful.”

Ronaldo 'not closing the count' after breaking international scoring record