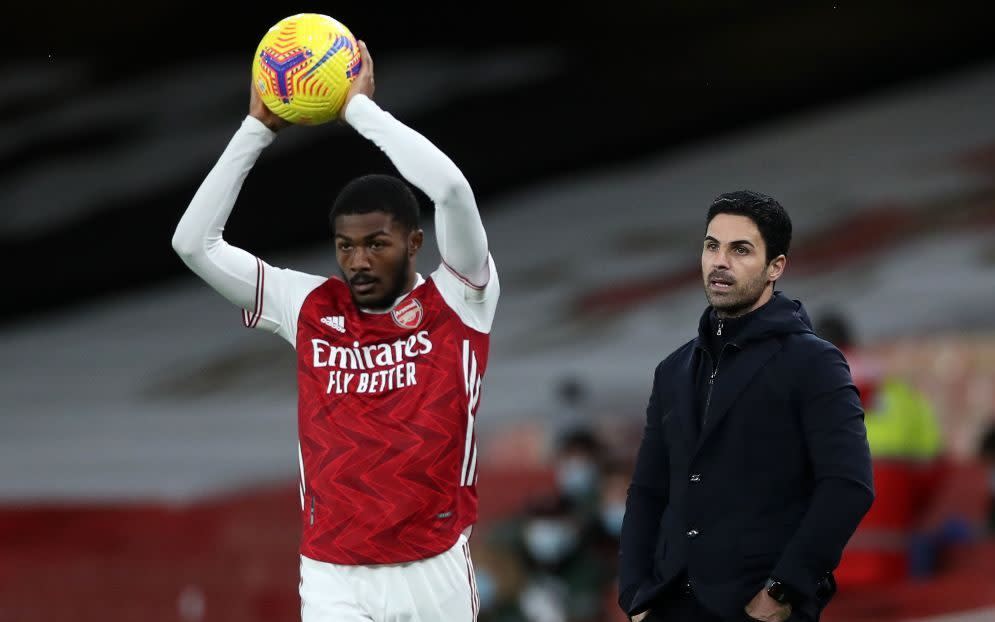 Ainsley Maitland-Niles has hit out at Arsenal amid reports he won’t be allowed to join Everton.

In a message posted on his Instagram story, the England international revealed that he wants to go somewhere he is wanted.

That all comes amid reported interest from Everton for a permanent transfer, who put in a bid to Arsenal for him but that has reportedly been turned down.

Maitland-Niles, 24, was called up by England last year after a fine run of displays for Arsenal at full back. The versatile player also operated in midfield and had a very good loan spell at West Brom last season, as he felt out of Mikel Arteta’s plans.

What has Maitland-Niles said?

The Arsenal academy product said: “All i want to do is go where I’m wanted and where I’m going to play.”

A report from David Ornstein says that Maitland-Niles made it clear he wants to play at full back but hasn’t played there so far for Arsenal this season.

Plenty of clubs have been lining up to sign Maitland-Niles, who played a key role in Arteta’s first few months in charge as Arsenal won the FA Cup and Community Shield in the summer of 2020.

Arsenal squad all over the place

The likes of Maitland-Niles, Reiss Nelson, Sead Kolasinac, Eddie Nketiah, Willian and others seem like they are about to be offloaded by Arsenal late in the transfer window and many players want to move on.

But if they can’t, there is going to be a lot of unhappy players at Arsenal. Just what Arteta wanted after three-straight defeats to start the Premier League season.

With both Cedric Soares and Calum Chambers getting more chances than Maitland-Niles at full back and really struggling, if his move to Everton doesn’t happen then he will surely get more minutes at Arsenal.

If he doesn’t, then that is a real problem. Maitland-Niles may not start every week at Everton but with Seamus Coleman coming towards the end of his career at right back, you would think that Maitland-Niles has a real chance to become a regular in that spot for the Toffees.

Maitland-Niles hits out at Arsenal amid Everton interest originally appeared on NBCSports.com