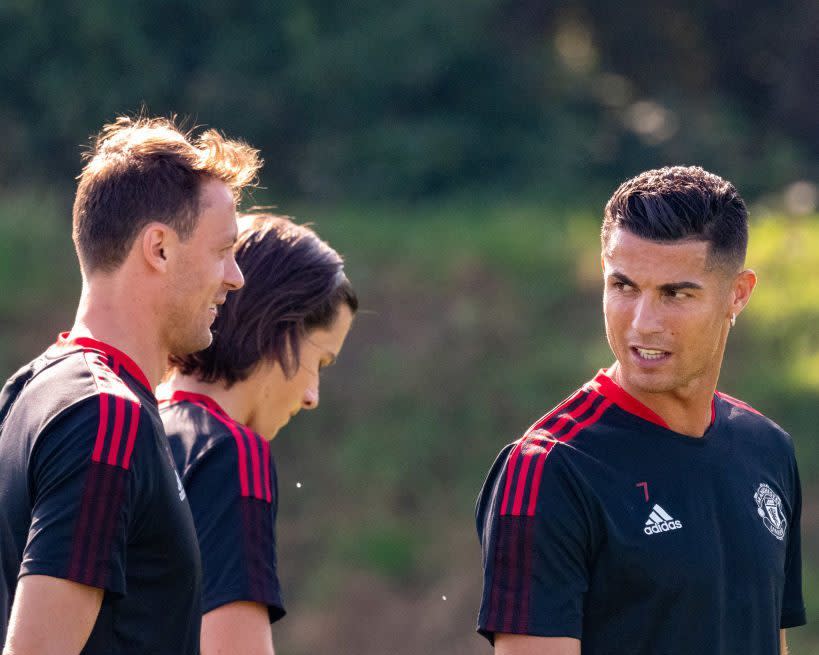 Manchester United vs Newcastle United is all about one man this Saturday at Old Trafford (start time 10am ET on USA Network and online via NBCSports.com) as Cristiano Ronaldo prepares to make his second Red Devils debut.

Ronaldo, 36, sealed a sensational return to Manchester United right at the end of the summer window and Ole Gunnar Solskjaer is ready to unleash the Portuguese superstar in front of a packed Old Trafford.

With Jadon Sancho, Mason Greenwood, Edinson Cavani, Bruno Fernandes, Anthony Martial and Marcus Rashford (when he returns from injury) around, there is huge competition for places in the attacking third at United.

But Cristiano Ronaldo is Cristiano Ronaldo, so he is going to play a lot of games this season. The excitement is palpable throughout the Manchester United fanbase to see Ronaldo back in the famous No. 7 shirt.

This is the last thing Newcastle and their beleaguered boss Steve Bruce would have wanted, as they are without a win so far this season and the Magpies are heavy underdogs for this trip to United. They will sit back, frustrate and try to hit Manchester United on the counter, but their main focus will be on keeping Ronaldo quiet.

Here’s everything you need to know ahead of Manchester United vs Newcastle United.

Everyone is focused on whether or not Cristiano Ronaldo will start, as he has been training in Manchester after leaving the Portuguese national team early

Elsewhere, Scott McTominay has had surgery on a hip issue, while Fred may not be available due to quarantine rules. Jadon Sancho appears to be fit to play after leaving the England setup during the international break. Marcus Rashford, Alex Telles, Dean Henderson and Phil Jones remain out.

Steve Bruce already has a whole host of injury problems to deal with as Martin Dubravka, Jonjo Shelvey, Paul Dummett, Ryan Fraser, Karl Darlow, Elliott Andersen are all out, while Callum Wilson is struggling with a thigh injury. Issac Hayden is getting close to a return.

How to watch Manchester United vs Newcastle, stream and start time