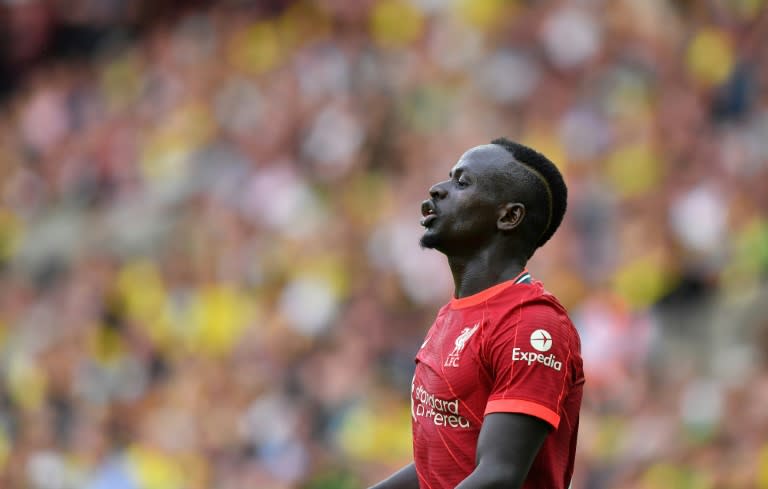 Keita set up Francois Kamano, who gave Guinea a seventh-minute lead over Guinea-Bissau in neutral Nouakchott that was surrendered just after half-time when Joseph Mendes struck to earn a 1-1 draw.

Unlike Mane and Keita, who played as their countries are not on the United Kingdom Covid-19 travel ‘red list’, star Liverpool forward Mohamed Salah could not turn out for Egypt against Angola in Cairo.

Two-time African Footballer of the Year Salah faced 10 days’ quarantine on his return from red-listed Egypt, potentially missing four matches, had he travelled.

Pierre-Emerick Aubameyang was given a boost as he captained Gabon to a 2-1 loss in Libya despite being yellow-carded, as Sanad al Ouarfali snatched an 89th-minute winner.

Aubameyang, who also skippers Arsenal, suffered the humiliation of being substituted in a 5-0 English Premier League rout at Manchester City last Saturday.

Victory for Libya, who levelled through Ali Salama before half-time after Andre Poko put Gabon ahead, took them to the top of Group F, ahead of Egypt on goals scored.

Senegal are seeking to reach successive World Cup tournaments for the first time after their last attempt to do so came unstuck when they lost out to shock 2006 qualifiers Togo.

Senegal top Group H with Namibia and Congo Brazzaville, the other contenders for one place in the final qualifying round, playing in South Africa on Thursday.

Namibia, along with Burkina Faso, Central African Republic, Djibouti, Guinea-Bissau, Malawi, Mali and Niger, have to play at neutral venues because they lack international-standard stadiums.

Guinea, expected to pose the biggest threat to Group I favourites Morocco, will be disappointed that they failed to take full advantage of Guinea-Bissau having to move a home fixture to Mauritania.

Morocco host Sudan on Thursday with Bosnian coach Vahid Halilhodzic under pressure as he faces the sack if they do not qualify for the World Cup in Qatar.

To secure a place at the 32-nation finals, five-time qualifiers Morocco must not only finish first, but also win a two-leg play-off against another group winner next March.

Nigeria meet Liberia on Friday knowing victory in Lagos will take them to the top of Group C after their other rivals, Central African Republic and Cape Verde, drew 1-1 in rain-lashed Cameroonian city Douala.

Julio Tavares gave Cape Verde a half-time lead with a half-volley off a cross and Tresor Toropite punished a fumble by goalkeeper Josimar ‘Vozinha’ Dias to equalise on 53 minutes.

On Thursday, Cup of Nations title-holders Algeria take an African record 27-match unbeaten run into a home fixture against Djibouti, a tiny Horn of Africa country 152 places lower in the world rankings.